USA Today is the latest MSM outlet whose ‘woke’ progressive staff is so anti-Trump that they deemed the American eagle a ‘nazi’ symbol, after the Trump campaign rolled out t-shirts featuring the iconic bird. 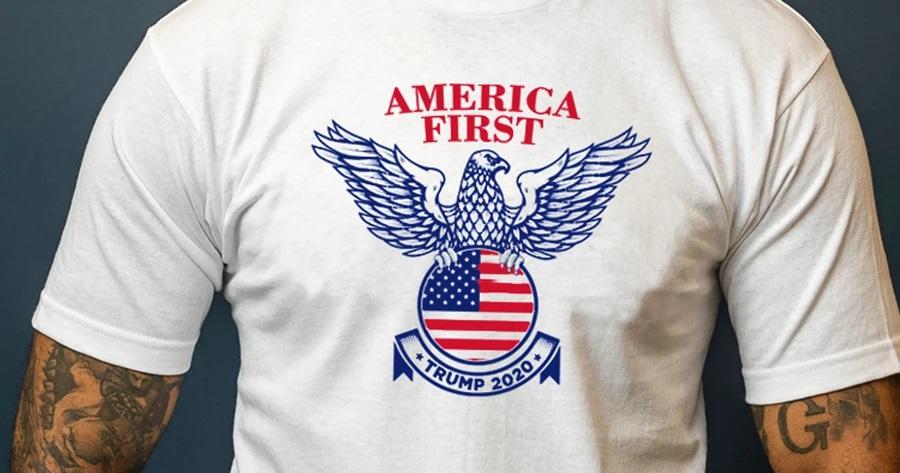 The ‘fact check’, brought to us by USA Today‘s Will Peebles, takes its direction from anti-Trump GOP operatives at the Lincoln Project as well as Jewish progressive group, Bend the Arc – the latter of which tweeted on July 1: “The President of the United States is campaigning for reelection with a Nazi symbol. Again”

The President of the United States is campaigning for reelection with a Nazi symbol. Again.

On the left: an official Trump/Pence “America First” tee.

On the right; the Iron Eagle, the official symbol of the Nazi party.
⁰It’s not an accident. Bigotry is their entire brand. pic.twitter.com/mSOBxwf7Wa

USA Today took the bait, publishing a fact-check which was heavily ‘ratio’d’ on Twitter – meaning, more people are slamming the outlet than ‘liking’ or ‘retweeting’ their post.

After their initial tweet came under fire, the outlet issued a lame ‘clarification’ noting “the eagle is a longtime US symbol, too.” 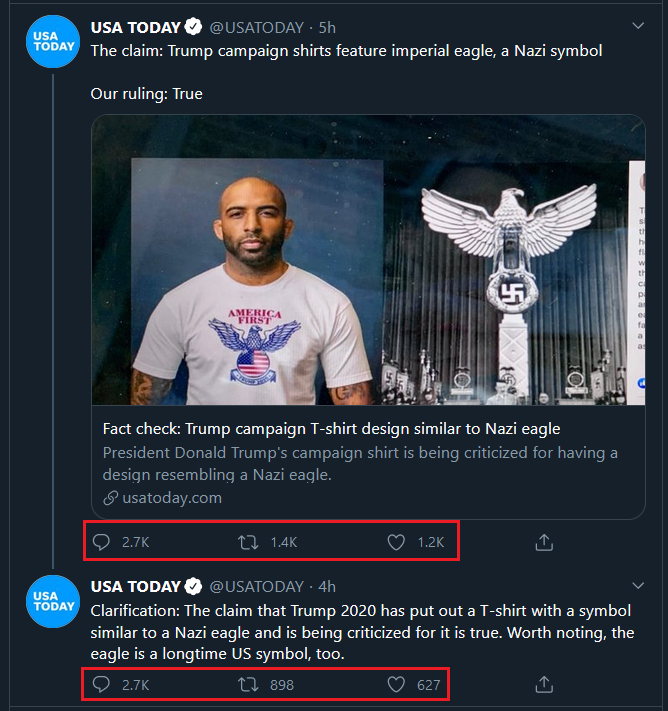 Reactions have been hilarious, with many pointing out that it’s the icon used by the Speaker of the House:

And the US Marines… pic.twitter.com/iuYfJrDogu

Ever see the back side of a quarter? pic.twitter.com/q85QALy2uP

The symbol is also on our money pic.twitter.com/m4RzdooeBL

How does it feel to see @USAToday become a complete joke? Will you accept an editorial explaining why people are correct to consider your organization a left-wing propagandist.

Blain: “Virus Vs Markets: I Think The Music Just Stopped”