JPMorgan Managed Millions For Ghislaine Maxwell Despite Booting Epstein In 2013

JPMorgan Managed Millions For Ghislaine Maxwell Despite Booting Epstein In 2013

While Ghislaine Maxwell hasn’t disclosed which banks managed tens of millions of dollars for the British socialite, Bloomberg reports that one of them was JPMorgan. 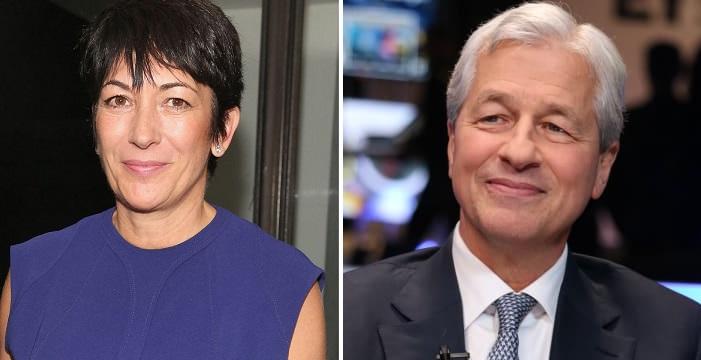 Not only that, the bank run by Jamie “That’s why I’m richer than you” Dimon continued to do business with Maxwell after they kicked Jeffrey Epstein to the curb in 2013 – despite her well-known affiliation as the dead pedophile’s ‘madam.’

Staley left JPMorgan in 2013 – the same year the bank severed ties with Epstein.

Going back about two decades, Epstein regularly brought Staley business when he ran JPMorgan’s private bank and the two were close professionally, according to a person familiar with the matter. One of those introductions Epstein made was to hedge fund billionaire Glenn Dubin, the New York Times reported. –Bloomberg

Maxwell, meanwhile, had at least $10 million under management at JPMorgan private bank, according to Bloomberg, citing two people with direct knowledge of the matter – one of whom said she was a client on or before 2009.

Her money there was handled by a team that included several dozen relationship managers, advisers and others who specialize in closely held businesses. The bank continued to work with her after Epstein moved funds to Deutsche Bank AG in 2013.

Maxwell’s finances are coming into focus after federal authorities in Manhattan accused her this month of conspiring with Epstein to sexually abuse minors, with prosecutors delving into how she funded her activities and lifestyle. Authorities require banks to provide a bulwark against financial crimes by filing reports of potentially suspicious activities. The reports aren’t made public. –Bloomberg

According to Assistant US Attorney Alison Moe, Maxwell’s claims that she has less than $1 million in the bank and no monthly income is “implausible,” according to Bloomberg. Her lawyers have suggested that the 58-year-old is far less wealthy than people believe, despite the fact that she was an integral part of deceased pedophile Jeffrey Epstein’s life – who left an estimated $630 million estate behind after he was found dead in a Manhattan jail cell last year.

According to prosecutors, over $20 million was transferred from Epstein-linked offshore accounts to Maxwell – of which millions were later transferred back. Maxwell sued Epstein’s estate in March to cover her legal costs, asserting that the financier promised to financially provide for her.

Meanwhile, a Swiss Trust holding over $4 million may be at her disposal as well.

Did JPMorgan’s compliance department skip a few ‘know your customer’ requirements, and were they involved in any of these large financial transfers?

Altruism vs. Materialism in Market Exchange