Submitted by Lawrence Sellin, Ph.D. is a retired U.S. Army Reserve colonel, who previously worked at the U.S. Army Medical Research Institute of Infectious Diseases and conducted basic and clinical research in the pharmaceutical industry. He is a member of the Citizens Commission on National Security.

It is a widely accepted fact that China has stolen U.S. intellectual property worth billions of dollars.

The U.S. government recently ordered the closure of the Chinese consulate in Houston, Texas, which Senator Marco Rubio (R-FL) described as a “central node of the Communist Party’s vast network of spies & influence operations in the United States.”

At virtually the same time, the U.S. Department of Justice indicted two Chinese nationals for seeking to steal COVID-19 vaccine research and hacking hundreds of companies in the United States and abroad, including defense contractors.

Now, Juan Tang, 37, who had been a visiting cancer researcher at the University of California, Davis, School of Medicine for several months, has been arrested by the FBI  after hiding in the Chinese consulate in San Francisco.

She is one of four Chinese researchers charged by federal authorities in recent days with lying about their background to gain entrance into the United States.

A federal criminal complaint filed in court in Sacramento charges Juan Tang with lying about her connections to the Chinese military when she applied for a nonimmigrant visa on Oct. 28, 2019. 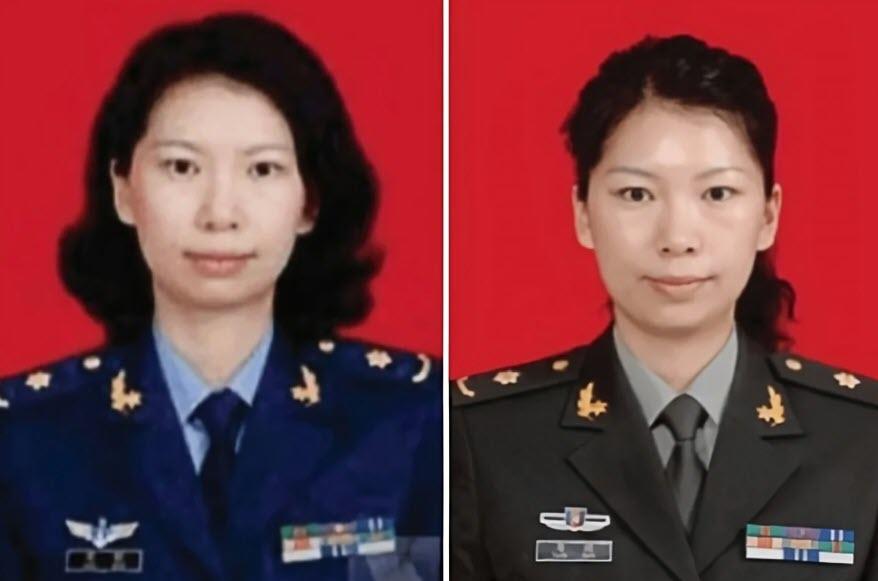 According to Andy Fell, a spokesman for the University of California, Davis, Juan Tang was a visiting researcher in the School of Medicine’s Department of Radiation Oncology. Her research was funded by the Chinese Scholarship Council, “a study-based exchange program affiliated with the China’s Ministry of Education and Xijing Hospital in China.”

Yes, but why the University of California, Davis?

It may be because Jian-Jian Li, who received his M.D. degree in 1984 from China’s Fourth Military Medical University in Xi’an, is a professor in the Department of Radiation Oncology at the University of California, Davis School of Medicine and, like Juan Tang’s position in China’s National Translational Science Center for Molecular Medicine, Dr. Li is Director of Translational Research at the University of California, Davis. 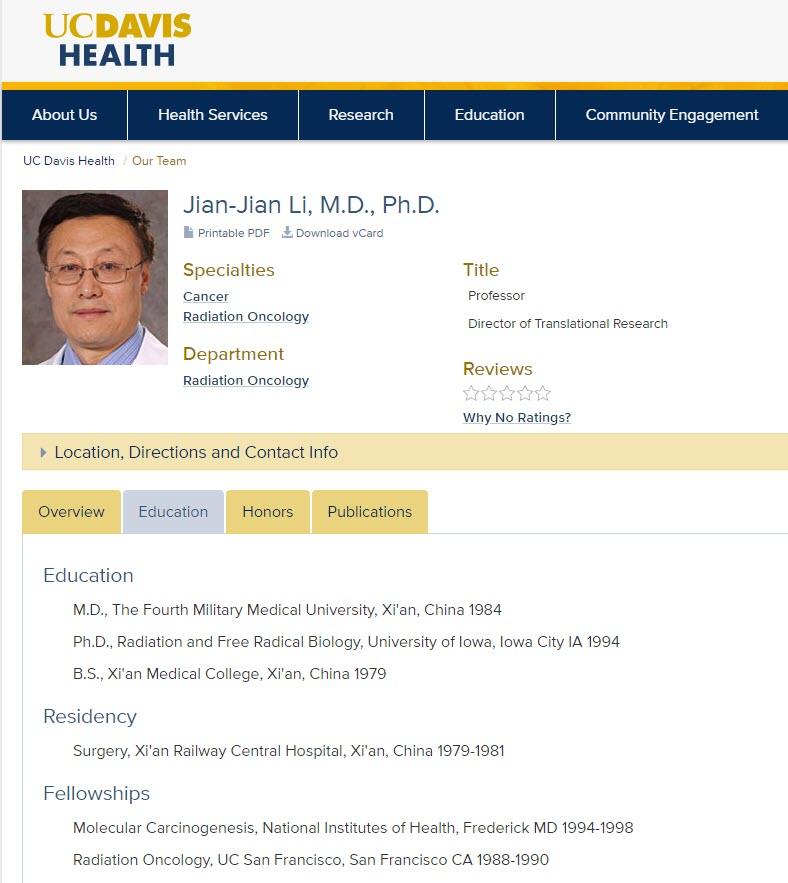 Dr. Li received a Ph.D. in 1994 from the Department of Radiation and Free Radical Biology, University of Iowa and was trained at the National Cancer Institute of the National Institutes of Health from 1995 to 1998.

Over many years, Dr. Li has maintained extensive collaboration with scientists in China, some of whom work at the Fourth Military Medical University.

It seems highly unlikely that Dr. Li did not know of Juan Tang’s affiliation with China’s Fourth Military Medical University.

The arrests of the four Chinese nationals mentioned in this article represent only a tiny proportion of the Chinese students, postdoctoral researchers and full-time medical scientists, many of whom are supported by U.S. taxpayer dollars, and may be actively assisting China’s military obtain U.S. secrets and proprietary information, medical research being the softest of the soft espionage targets.

The time is long past for a comprehensive investigation of the medical research exchange programs between the U.S. and China.

The FBI Is Running Facebook Ads To Target And Recruit Russian Spies In Washington D.C.