The Turkish bar association has filed a criminal complaint against pro-Islam magazine Gercek Hayat for instigated hatred and called for an armed rebellion against the Turkish government, reported RT News.

Gercek Hayat, owned and operated by the pro-government Yeni Safak media group, published a red caliphate flag from the Ottoman Empire on Monday that read: “Get together for caliphate. If not now, when? If not you, who?” 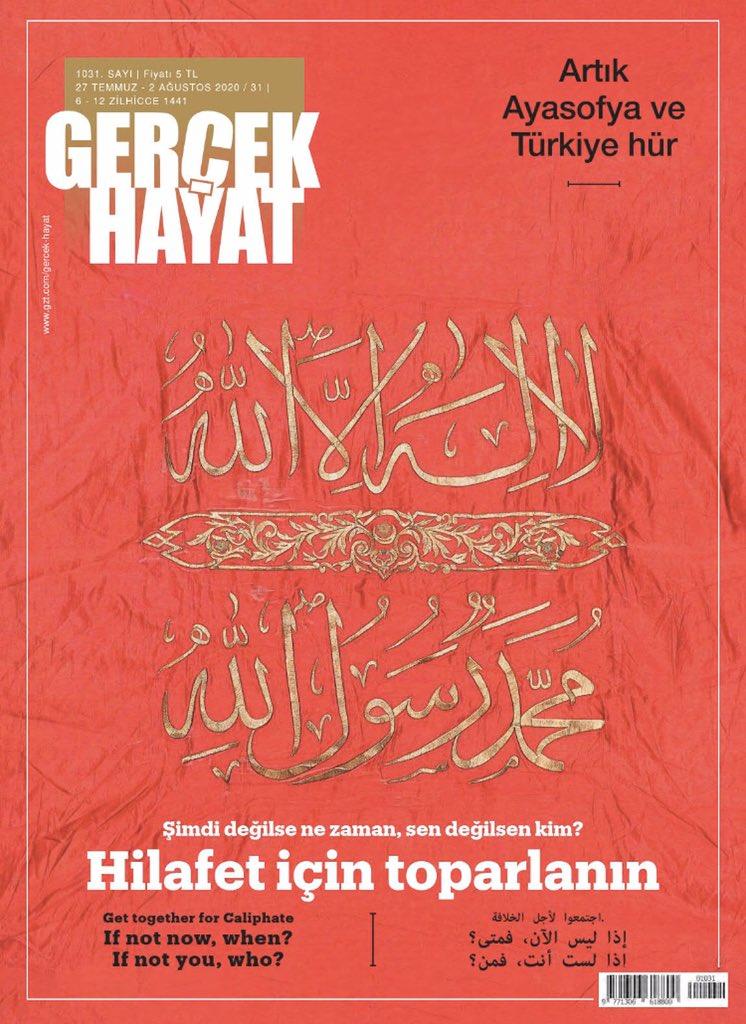 RT News notes a caliphate is a state “dedicated to the cause of Islam, seeking to be a unifying and defending force for all Muslims. The word had received plenty of negative attention in recent times since the terrorist group Islamic State (IS, formerly ISIS) claimed the title for itself.”

“Historically, four major caliphates existed, the latest being the Ottoman Empire. Modern Turkey was founded by Kemal Ataturk on the ruins of this fourth caliphate as a modern secular republic that had cast away the outdated institutions of its predecessor,” RT said.

“The Republic of Turkey is a democratic, secular and social state governed by the rule of law,” Celik tweeted, citing the first article of the Turkish constitution.

“It is wrong to create political polarisation regarding Turkey’s political regime. Our republic is the apple of our eyes with its all attributions. The unhealthy debate and polarization on social media since yesterday on our political regime isn’t on Turkey’s agenda.”

Ozer, the magazine’s editor-in-chief, said critics had misread his piece:

“Our journal demands that the countries of Islam come together, just as Europe has come together and established a union, just as others have made similar ones. Our call has nothing to do with any country,” he said.

A recent poll showed the majority of Turkish citizens weren’t excited about the possible return of the caliphate.

Visualizing The Unicorn Landscape In 2019

Trump Boasts “We Have A Perfectly Coordinated Plan” To Stop Virus As 16 Million Italians Wake Up To Lockdown: Virus Updates