American public health experts, led by Dr. Anthony Fauci, have struggled over the past couple of months to push a specific narrative on the public: Wearing a mask doesn’t so much protect you from being infected with SARS-CoV-2, but if you are infected, wearing a mask could stop you from passing the virus to someone else.

The mainstream media has backed up these assertions with vague references to “science” and “research”, while a coalition of celebrities and progressive activists have tried to tar anybody who doubts this narrative – or, worse, refuses to wear a mask at all times outside their home – as a “denier”.

Well, if everybody who is skeptical of the “masks save lives, period” is a “denier”, then how does one explain the Dutch government’s decision to refuse to mandate mask wearing (the only place where masks must be worn in the Netherlands is on public transit).

On Thursday, Reuters reported that the Dutch government had decided the day before that it would not advise the public to wear masks to slow the spread of coronavirus because their effectiveness has not yet been proven.

The decision was announced by the Netherlands Minister for Medical Care Tamara van Ark following a review by the country’s National Institute for Health. Following a resurgence in cases over the past week or so, the Dutch government has decided it will instead seek better adherence to social distancing rules.

“Because from a medical perspective there is no proven effectiveness of masks, the Cabinet has decided that there will be no national obligation for wearing non-medical masks” Van Ark said.

Many European countries have made masks mandatory in public indoor stores and in crowded outdoor places. The US has generally followed suit, though some overzealous governors and local officials are also requiring people to wear masks in most outdoor scenarios, even when they aren’t in a large crowd. And NY Gov Andrew Cuomo has pledged to launch an “investigation” into a “drive thru” concert on Long Island where the Chainsmokers and “DJ D-Sol” provided entertainment. This, despite the fact that a growing body of research and experience suggests that outdoor gatherings don’t present a major risk of spread. Case in point: Cuomo and Mayor de Blasio are allowing protests to continue unabated, without question, despite the complete absence of evidence to suggest that COVID-19 cares about your personal politics.

Last week, nearby Belgium made face masks mandatory in more public places, and in England they have become compulsory in shops.

Even President Donald Trump has done an about-face on masks, swallowing his tremendous ego and donning a mask for the press. 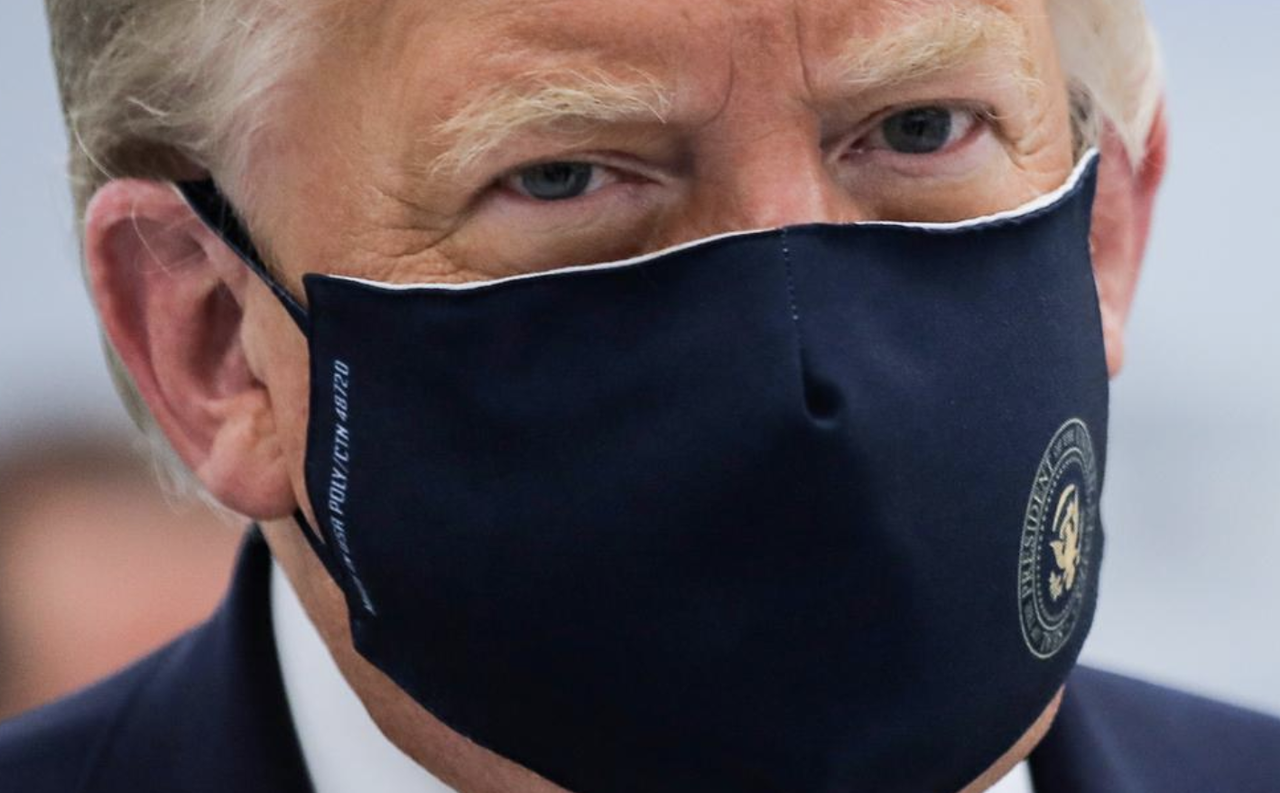 The Dutch government insists that it’s strictly following the advice of the experts in the so-called Outbreak Management Team, which doesn’t believe in the general use of masks.

Dutch virologist Jaap van Dissel from the National Institute for Public Health and the Environment said Wednesday that masks can lead to a “false sense of security”. When wearing masks, people might not follow other social distancing rules like keeping their distance which also help prevent spread.

Mask-wearing may also prompt people to touch their face more frequently, putting them at risk of accidentally infecting themselves while adjusting their masks.

Belgium and the Netherlands both managed to flatten the curve. However, it’s become clear that it’s tilting upward once again.

As Politico points out, there are also questions about legality surrounding compulsory mask wearing.

Moreover, legal experts in the country are skeptical about the legality of compulsory masks. One law professor, Jan Brouwer, told NRC that a widespread mask mandate goes against the constitution. According to Brouwer and other experts, there needs to be a separate law on masks to make this regulation possible.

But critics charge that the evidence is sufficient to implement masks in places such as hairdressers, reports NOS. In a letter to Prime Minister Mark Rutte and Health Minister Hugo de Jonge, a group of experts, including epidemiologist Arnold Bosman, called for quick action.

Belgian virologist Marc Van Ranst, meanwhile, warned the Dutch government on Wednesday that it will have to make masks mandatory in crowded places if the Dutch want to avoid a complete lockdown.

“As in Belgium, the corona curve in the Netherlands has been increasing since July 10,” he told local media. “If the number of infections continues to rise, you will not be able to avoid a face mask obligation.”

Over the past week, almost 1,400 new COVID-19 cases were reported, or 342 more than the prior week, in the Netherlands.

Those who insist that masks can stop the outbreak (yes, many Americans have apparently bought into this notion, despite little in the way of evidence to back it up) might benefit from reflecting on how we go there. As Politico reports, the science surrounding wearing a face mask in the community has evolved during the pandemic. In March, the WHO said that healthy people don’t need to wear masks unless they’re caring for a sick person.

Then in early April, the WHO changed its view, saying that in countries where other preventive measures are hard to adopt, the widespread use of masks could be useful. After that, the European Center for Disease Prevention and Control issued a new recommendation signaling support for masks. Last month, the WHO issued advice suggesting masks worn in public could help stop the spread of the virus. During the early days of the outbreak, some countries like the Czech Republic and Slovakia saw promising results as they mandated mask wearing. In April and May, Greece, Spain and Germany mandated masks in spaces where social distancing was impossible – including shops.

Research suggests that social distancing measures, including the selective wearing of masks, help slow the spread of the outbreak. But the notion that “science” has proven beyond the shadow of a doubt that wearing masks in public can protect the wearer and/or – more importantly – innocent bystanders simply isn’t true.

Which begs the question: Why is the media so determined to sell it as fact – and denounce all who question as demented loons or, worse, self-dealing snakeoil sellers – when dissent is still so obviously warranted?

Serving the Consumer: The Secret to Walt Disney’s Success

The Swiss Battle To Cheapen The Franc