The Trump administration and Democratic leadership say that while they are nowhere near a deal on the next COVID-19 stimulus package, they made “progress” during a three-hour meeting on Saturday. 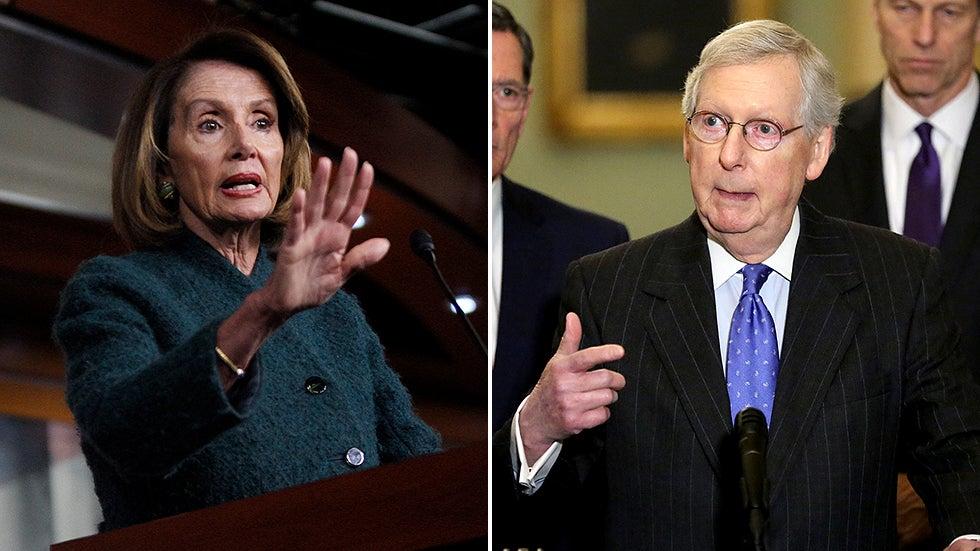 Treasury Secretary Steven Mnuchin said that the meeting was the “most productive we’ve had to date,” echoing comments by Senate Minority Leader Chuck Schumer (D-NY), who told reporters after the meeting “We’re not close yet, but it was a productive discussion. Now each side knows where they’re at.”

Meadows — who had previously told reporters that he was not optimistic about the chances of a deal in the upcoming week — called Saturday the “first day of a good foundation.” –The Hill

“We’re still a long ways apart, and I don’t want to suggest that a deal is imminent, because it is not. But like with any deal, as you make progress, I think it’s important to recognize you’re making progress,” said Meadows.

That said, Democrats wouldn’t budge on temporary relief for struggling Americans – balking at a White House proposal for a one-week extension on the $600 supplemental benefit, which lapsed two days ago.

“We proposed a one-week extension at $600 so while we negotiate, at least those people won’t lose their money,” Mnuchin told ABC News‘ “This Week” on Sunday, adding “I’m surprised Democrats don’t want to agree with that. They’re insistent on having this as part of a larger deal.”

Treasury Secretary Mnuchin tells @MarthaRaddatz “there’s no question” that $600 unemployment insurance is a disincentive to find a job in “some cases.”

“There are cases where people are overpaid,” he adds when pressed about study refuting his argument. https://t.co/HNQgCe39RN pic.twitter.com/1zceOdxULW

According to Rep. Richard Neal (D-MA), Chairman of the House Ways and Means Committee, Democrats are seeking a comprehensive package, and not “a piecemeal approach.”

Senate Majority Leader Mitch McConnell (R-KY) and the GOP have proposed a $1 trillion plan, while Democrats are holding steady at a $3 trillion package they approved over eight weeks ago.

“There’s obviously a need to support workers, to support the economy and people who, through no fault of their own, are shut down because of this terrible disease,” said Mnuchin. “On the other hand, we have to be careful about not piling on enormous amounts of debt for future generations.”

On Sunday, House Speaker Nancy Pelosi (D-CA) told ABC‘s “This Week” that Democrats may be flexible on the $600 unemployment bonus – which Republicans seek to set at 70% of pre-pandemic income. Pelosi cited a Yale study suggesting that there was “no evidence that recipients of more generous benefits were less likely to return to work,” a study which the Yale-educated Mnuchin rejected.

JUST IN: Speaker Nancy Pelosi tells @MarthaRaddatz negotiators “have still not come to an agreement” on how to “defeat” the coronavirus pandemic and this has been a “contentious issue.” https://t.co/HNQgCe39RN pic.twitter.com/86e0E61LUW

“Many of the Republicans don’t want any stimulus,” added Pelosi.

Mnuchin, meanwhile, said he and Meadows would go back to Capitol Hill “every day until we reach an agreement,” according to MassLive.com.

Why Minimum Wage Laws Are Inside-Out and Upside-Down

Russian Karabakh And Other Consequences Of Armenian-Azerbaijani War