Apple received a rare analyst downgrade on Wednesday morning from Bank of America, as the market capitalization of the equity approaches an all time high $2 trillion.

BofA analyst Wamsi Mohan downgraded Apple’s stock to “neutral” from “buy”, citing rapid multiple expansion that has pushed valuations to rich levels. Besides the downgrade, the analyst increased his price target from $420 to $470.

Mohan said Apple shares are trading at the highest premium to the S&P500 in a decade, and now represents 6.5% of the market cap of the entire S&P500. He outlined several risks that remain ahead, including a lower impact from share buybacks, higher tax rate if Democrats win the U.S. elections in November, gross margin pressures for 5G iPhones, and tougher comparables in 2021 for high-margin App store growth. 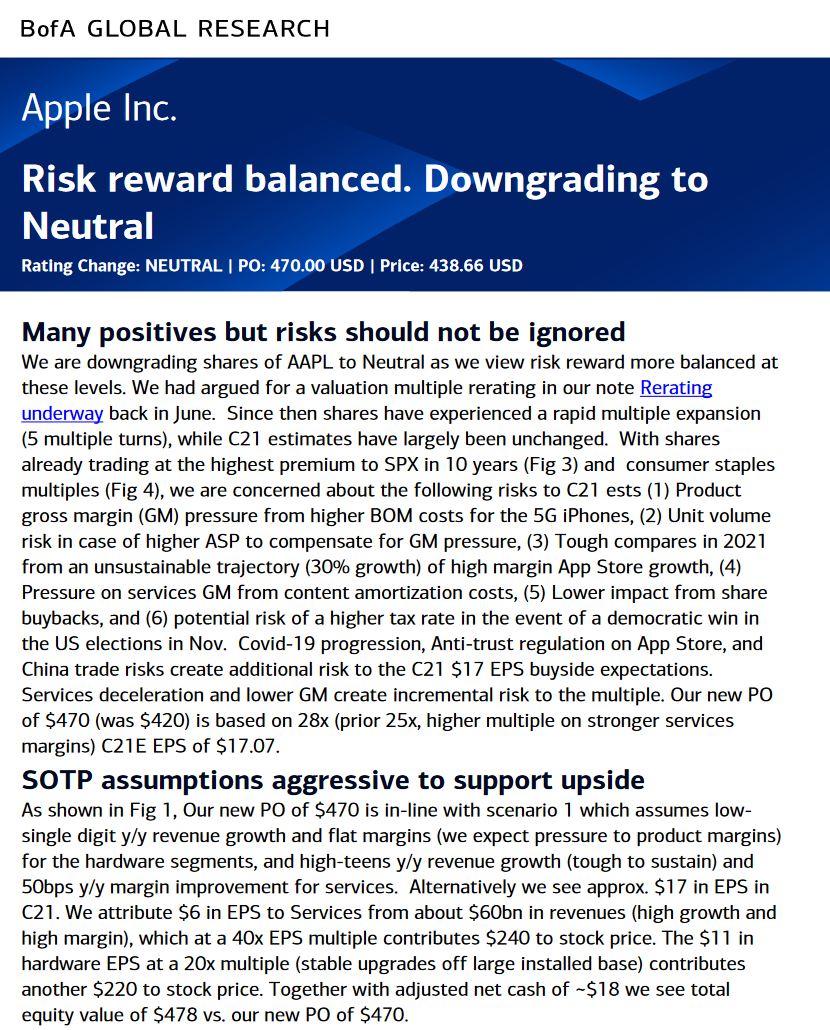 He also said the virus pandemic, geopolitical risks with China, and anti-trust regulation on the App Store creates even more risks for the stock in 2021.

Mohan’s concerns about AAPL’s valuations come as the stock is trading at a record 45% above its daily 200 day moving average.

And as shares outstanding evaporate – with the explicit blessing of the Fed which is now buying AAPL bonds whose proceeds are used to repurchase stock –  the company’s EPS and stock price continue to soar.

Apple’s rapid multiple expansion, pushing valuations to near extremes, along with overstretched technicals, could result in a Fed-induced blowoff.

Auto Registrations In Europe Plunge 76% In April, The Largest Drop On Record

Boeing Engineer On Heroin Robbed 30 Banks In Just One Year