Shares of Virgin Galactic Holdings were up 3.5% on Monday afternoon following a press release earlier in the day announcing its partnership with Rolls-Royce to develop a high-speed commercial aircraft.

Virgin entered a non-binding Memorandum of Understanding (MOU) with Rolls-Royce to design and develop engine propulsion technology for a commercial airliner that can fly at speeds over March 3.

But shares quickly tumbled after the company announced it is planning a new share sale and will delay plans to carry founder Richard Branson into space until early next year – a milestone flight seen as the beginning of the company’s tourism business.

Branson’s trip will occur in the first quarter of 2021 instead of this year, assuming two test flights “demonstrate the expected results,” Virgin Galactic said in a statement Monday as it reported earnings. The company said the share offering would generate gross proceeds of about $460 million, to be used for general purposes.

But, Virgin also released a few fantastic conceptual designs of the new supersonic commercial aircraft that would have the capacity for 9 to 19 people at an altitude above 60,000 feet. 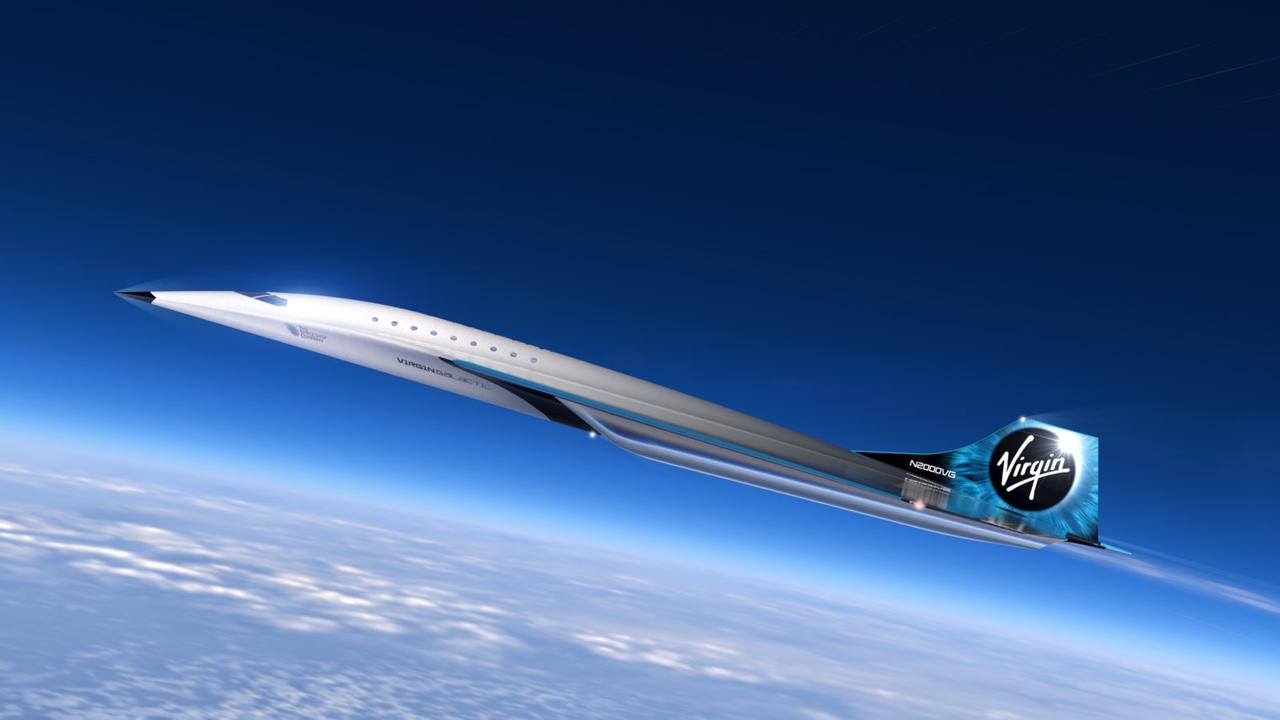 The now-retired Concorde flew at average cruising speed around Mach 2, which would mean the Virgin aircraft could hit speeds over 2,300 mph, or about 50% faster. 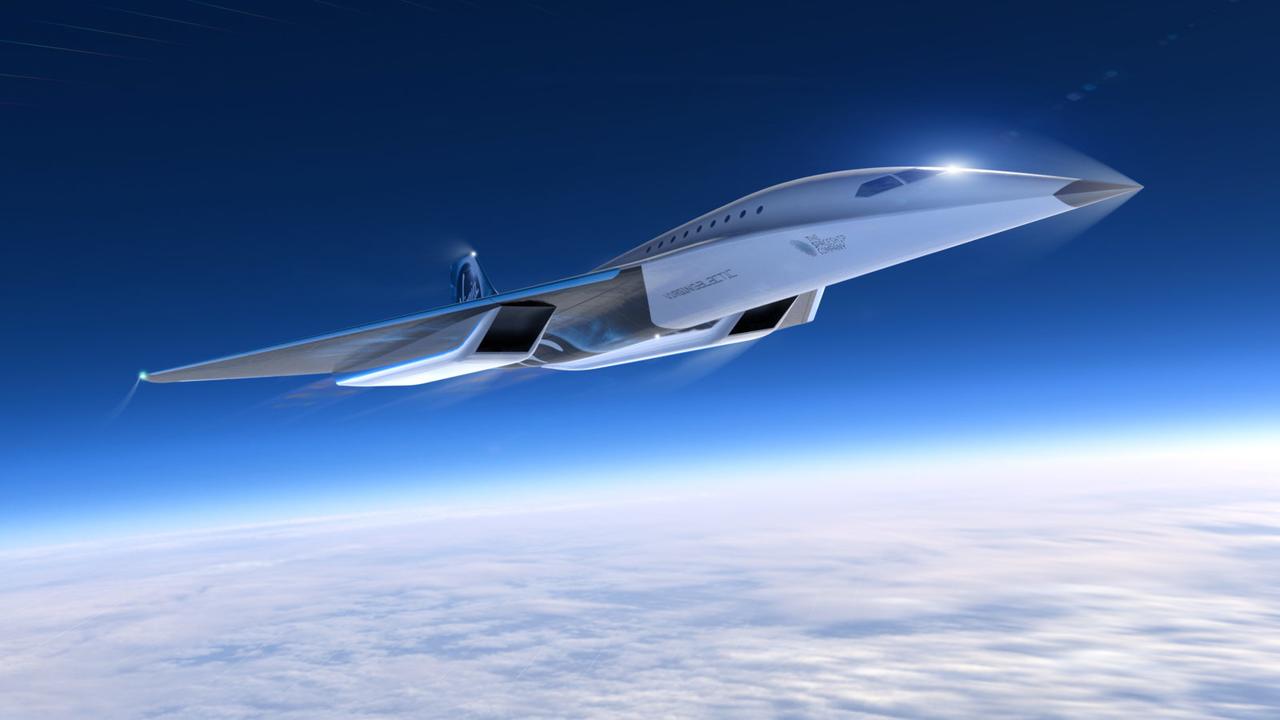 Supersonic travel for commercial use was paused in 2000 when Air France Flight 4590 crashed shortly after takeoff. However, there’s been an effort to revive supersonic travel in the late 2020s, with even talks of hypersonic flight after 2030.

Virgin announced in May it would work with NASA on supersonic travel for commercial use. NASA has been developing a plane with new technology that would transform supersonic booms into a sonic thump, or as loud as a car door.

Another company, developing a supersonic commercial jet, is Boom Supersonic, set to unveil its supersonic demonstrator this fall.

“We are excited to complete the Mission Concept Review and unveil this initial design concept of a high-speed aircraft, which we envision as blending safe and reliable commercial travel with unrivaled customer experience. We are pleased to collaborate with the innovative team at Rolls-Royce as we strive to develop sustainable, cutting-edge propulsion systems for the aircraft, and we are pleased to be working with the FAA to ensure our designs can make a practical impact from the start. We have made great progress so far, and we look forward to opening up a new frontier in high-speed travel.”

“We are excited to partner with Virgin Galactic and TSC to explore the future of sustainable high-speed flight. Rolls-Royce brings a unique history in high-speed propulsion, going back to the Concorde, and offers world-class technical capabilities to develop and field the advanced propulsion systems needed to power commercially available high-Mach travel.”

The good news for Virgin and Boom is that, none of their supersonic planes will fly passengers until the late 2020s, if not early 2030s. We’ve noted on several occasions, the travel and tourism industry could take 3 to 5 years to recover.

For Millions Of Americans In The Middle Of The Country, It Feels Like An Economic Depression Right Now