Another night, another riot declared in Portland, after the withdrawal of federal troops from the Democrat-run city amid the most violent month seen in decades.

On Saturday night – three days after Mayor Ted Wheeler called protesters ‘attempted murderers‘ after protesters tried to burn down a police precinct while officers were still inside – another group of protesters broke into a police union building and set a ‘mostly peaceful’ fire.

Three officers were injured including one who was hospitalized, as police attempted to clear several hundred protesters from the Portland Police Association (PPA) building, according to a statement reported by the Daily Mail.

Police said a group from Peninsula Park marched to the PPA building, which is located about five miles north of the federal courthouse that had been the target of nightly violence earlier this summer.

About 20 demonstrators reportedly broke into the building, set the fire and were adding to it when officers made the riot declaration just after 11.30pm.

Video showed smoke and flames in the building as officers outside formed a line and used flash bangs and smoke canisters to force the protest several blocks away. –Daily Mail

That said, according to Oregon Live, the majority of the protesters surrounding the PPA building remained calm until police arrived and declared a riot while beginning to break up the crowds.

The police used ‘crowd control munitions’ and physical force and tear gas to clear the protesters, with some launching objects back at the officers. By 2 a.m. the crowd had dissipated, according to a statement.

Earlier Saturday afternoon, protesters held peaceful rallies throughout the city, however after the sun went down things devolved into another night of chaos reminiscent of the city’s Wednesday riot declaration.

On Thursday night, leftist protesters attacked police officers with glass bottles and dumped paint on an elderly woman who was trying to persuade them to stop destroying the city.

Antifa splashed paint at an elderly Portland woman and verbally abused her. “This isn’t your world anymore.” pic.twitter.com/lmkbR1fewb 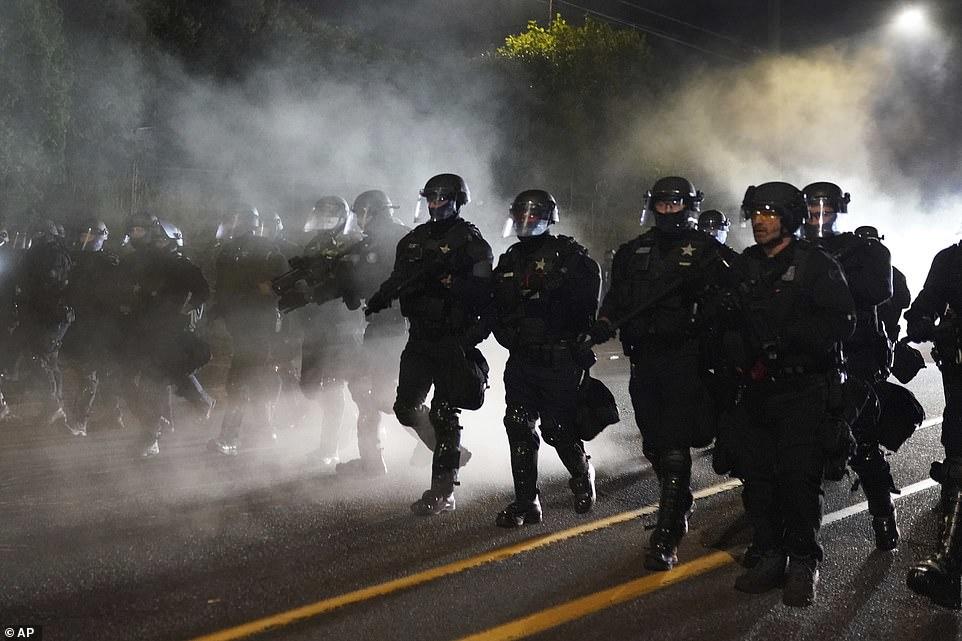 The 43 Best Books on Socialism