The pandemic lockdowns are a complicated issue, and that is absolutely deliberate. The point of 4th Generation psychological warfare is to present the target individual or population with a hard choice – a no-win scenario. You are damned if you do and damned if you don’t. I often equate this to the key moves in a difficult chess game; your primary goal is to create a dual threat and force your opponent to sacrifice one piece over another in order to escape with the least amount of damage. Do this a few times and you have won the long game.

There are multiple aspects to the global pandemic which seem engineered to push our society to make “sacrificial decisions”. We can choose to sacrifice the lives of those that are susceptible to the virus, sacrifice our economy, or sacrifice many of our freedoms with the promise that the economy and lives will be protected. The easiest choice is always to give away a little more freedom. We’ll get it all back eventually…right?

Of course, we don’t actually get to “choose” anything when we play along with this game. 4th Gen warfare is meant to eventually take IT ALL from the target population while making people think it was their choice to give those things away.

The solution always ends up being totalitarian government.

There are those that would have you believe that this is the only way. The new propaganda meme out there is:

“Silly libertarians live in a fantasy world where freedom is valued over security in times of crisis. We don’t have the luxury of freedom when communist terrorists/deadly virus threaten to destroy the fabric of our society…”

Sound familiar? Yes, this nonsense narrative is everywhere on forums and message boards these days, almost as if someone was paying people to inject it into everyday discussion. The problem is, I’ve seen this all before. Right after the events of 9/11, America went insane for at least a few years, hyperfocused on the threat of terrorists while ignoring the greater root danger of all powerful government. The number of constitutional protections being violated in the name of “beating the terrorists” was staggering, and the number of mostly conservative citizens cheering for this at the time was immense.

Today’s calls for overreaching government power in the name of “beating coronavirus” or “beating the extreme left” are no different. In the wake of widespread fear, people suffer from fits of temporary madness that allows them rationalize moral relativism and unnecessary sacrifices.

I’ve never really understood that aspect of behavior among certain groups. I’ve never been so fearful of losing my life that I was willing to hand over anything including my freedom and my future on the mere chance that I could stay alive just a little longer. But for some, that fear dominates their every waking moment.

To me, this would be a torturous and empty existence. What do these people have to live for anyway? Obviously they don’t care about their children because they are willing to give away their children’s future just so they can feel safer today. Do they have some kind of epic contribution for the good of humanity and they feel they must do anything to survive long enough to make it happen? Are they working on the cure for cancer or a path to world peace? I doubt it.

More likely they work in an office building or a McDonalds or teach kindergarten at a public school. They aren’t contributing all that much, but they are perfectly willing to trade their freedom and everyone’s freedom for a little more time on this Earth. I’ve seen 85-year-old men that can’t move around without a walker raging about people who “don’t wear masks” and how they should be “thrown in jail”.

Buddy, you have lived your life fully. You had your fun. Yet, you are still clinging so desperately to existence that you are demanding the draconian destruction of our society’s core principles just so you can eek out a couple more years of grumbling in misery and eating soft foods?

I’m not saying I contribute much more in comparison, but I also have no interest in controlling the destinies of other people. I’m just trying to live my life as free as possible while helping to ensure others can do the same. And if I die from a virus, then I die, but at least I never aided in the enslavement of future generations.  There are plenty of Americans of all ages that feel the same way as I do; but there are many others that seem to be missing that ability to control their fear.

The question I almost never see asked in the mainstream when it comes to the pandemic is this – Is it really all worth it?

The reality is, it’s NEVER worth it.

Recently a voting member of the Federal Reserve, Neel Kashkari, argued that the US needs renewed hard lockdowns, meaning most Americans stay stuck at home for at least 6 weeks with little access to the economy. His rationale? The US savings rate has spiked, therefore more Americans are saving, therefore they can financially handle another lockdown.

Now, either Kashkari is very stupid or very evil. I’m going to go with evil. This is just more proof that supports my position that the Fed is a suicide bomber seeking the deliberate destruction of the US in the name of an ideological cult (globalism).

All no-win scenarios are constructed on lies and false narratives. They require you to believe certain fallacies before you can feel trapped by the decision that is imposed on you.

Kashkari will claim that his strategy will be better for the country in the long run, but he knows full well that the economy was crashing well before the coronavirus arrived on the scene. In fact, the Federal Reserve built the framework for the crash by addicting the system to easy debt through stimulus measures and low interest rates, then they took away the punch bowl triggering a bubble implosion, and now they are the world with punch until everyone drowns in the inflation.

The US economy was broken even without the pandemic lockdowns so there is no point in giving up your freedom or economic access to save the system.

Another lie is that we can somehow avoid or escape the virus. Eventually, almost everyone is going to get it, it’s just a matter of time. Hope that a working vaccine can be developed in less than a year is deluded, and given the terrible results of previous attempts by governments to rush vaccines into production, I think I would rather take my chances with Covid. Even medical tyrant Dr. Fauci himself admits that a vaccine will not be fully effective and that the virus may be around for many years to come.

Dragging the pandemic out over years with lockdowns hurts the majority of people. It expedites an economic crash that was already in motion and it will lead to massive poverty levels in the US as well as a supply chain breakdown. It may even lead to full-on collapse.

To be clear, I respect the private property rights of businesses that want customers to wear masks or take other precautions in their establishments.  I have the right to not shop at those businesses if I don’t like it.  The problems arise when government officials try to FORCE businesses to institute pandemic restrictions or to close down completely.  An even bigger problem arises when governments try to force pandemic restrictions onto individuals in their everyday lives.  This is simply unacceptable.

Government edicts forcing people to social distance or wear masks or deny them the right to free assembly, once instituted, will probably never go away. Once government has the power to dictate your movements and behavior as if your moment-by-moment decisions are a threat to “public health”, they have total power to do anything they wish.

Many of these orders are also being made at the executive level. No state governor, no mayor, no president has the right to unilaterally create laws and assert unchecked authority. It is the job of legislatures to pass laws that affect the common public, and often these laws must be voted on by the citizenry through ballot initiatives. The governor has no more power to force me to wear a mask than some lunatic leftist Karen on the street.

It’s not that I don’t care about the people that are susceptible to the virus, it’s just that I’m not willing to play a rigged game of sacrifice for those people. No, they aren’t worth it, and I include myself in that statement in the event that I am susceptible to the virus. Why should over 99% of people be treated like prisoners so less than 1% of the population can feel safer?  If you are really at risk then STAY HOME, shop online and let the rest of us get on with our lives.

I would never ask the majority of people to sacrifice their liberties for my personal comfort. Anyone who does is a coward.

US Debt Got Us Hooked On Petrodollars… And On Saudi Arabia

Is America Ready For John Bolton’s War With Iran? 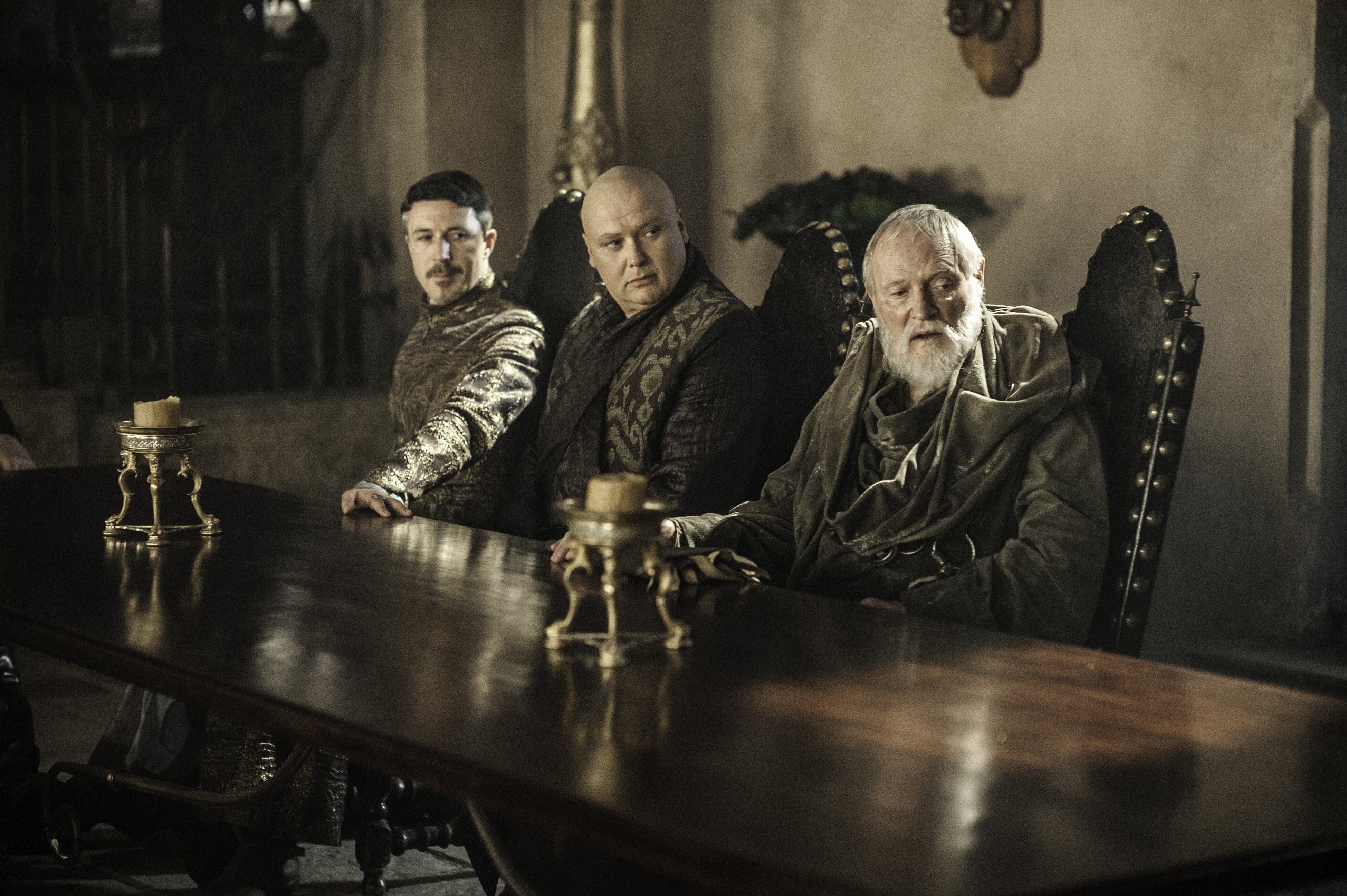 Game of Thrones Shows the Problems of Centralized Power

Using World War I to Prove the Incompetence of State Militaries