This is why denormalization is an extinction event for much of our high-cost, high-complexity, heavily regulated economy. 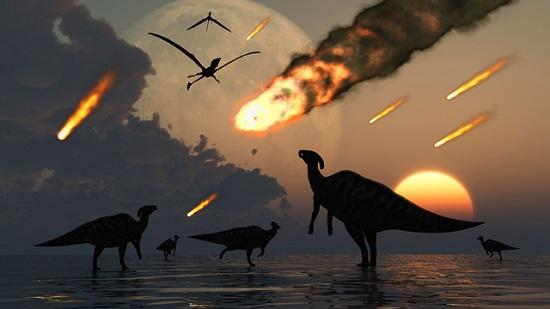 With this cheery wind at their backs, conventional pundits are predicting super-rebounds in auto sales and other consumption as consumers weary of Covid-19 and anxious to blow their recent savings borrow and spend like no tomorrow.

As for the 30+ million unemployed–they don’t matter. Conventional analysts write them off because they weren’t big drivers of “growth” anyways–they didn’t have big, secure salaries and ample wealth/credit lines.

We’re already in a post-normal world because the expansion of globalization and financialization needed to fuel the Old Normal has reversed into contraction. This reversal is an extinction event for all sectors and institutions with high fixed costs: air travel, resort tourism, healthcare, higher education, local government services, etc. because their fixed cost structures are so high they are no longer financially viable if they’re operating at less than full capacity.Â

Only getting back to 70% of previous capacity, revenues, tax receipts, etc. dooms them to collapse.

And there’s no way to cut their fixed costs without fatally disrupting all the sectors that are dependent on them.

Most operational costs are mandated and cannot be reduced: union contracts, property taxes, regulatory burdens, tax accounting, debt service, employee healthcare costs, minimum wages, etc.Â  Other essential expenses such as commercial rent are difficult to renegotiate lower, as the landlord also has the same high fixed costs and any reduction comes directly out of his pocket.

A good example of this collapse dynamic is a restaurant with high fixed costs.Â  It can’t survive financially at 50% of capacity because it can’t reduce its expenses by 50%.Â The owners can reduce staff but there are operational limits on this: even if there are only 10 customers rather than 100, you still need a kitchen and wait staff. Stripped to the bone, the owners might be able to reduce costs by 15% to 20%. In other words, if business rebounds to 80% of pre-pandemic levels, the restaurant can survive but not generate any profit.

It might survive at 70% if the owners do double shifts, but that isn’t sustainable. Eventually the overworked owners burn out and collapse.

Reducing costs is even more difficult for institutions such as hospitals, colleges and government agencies. Most of these institutions are unable to cut more than a few percent of expenses; a 10% reduction in expenses would require the closure of entire departments and eliminating core services.

Denormalization is an interlocking series of self-reinforcing feedbacks. People have less money and more insecurity, so they spend less. Those living off the fixed costs paid by the private sector (landlords, local government, insurers, etc.) can’t survive on less than their full measure, and this inability to absorb massive cuts causes everyone in the food chain above them to collapse, which eventually triggers their own collapse.

The restaurant can’t cut any of the big-ticket expenses: rent, taxes, wages, benefits, healthcare, tax accounting, insurance, etc. It can only lay off some staff and reduce its purchase of ingredients. Those variable costs are too small a percentage of total expenses to be consequential.

The restaurants collapse first, and since there’s no way anyone can afford to pay current rents and survive on a shrinking customer base, the landlord goes bust next. These collapses cut local government tax revenues. Each of these reductions means everyone down the food chain– enterprises that depended on restaurants, landlords and local government contracts–lose a critical chunk of their own revenues. Since there are no replacement sources of revenues, these collapse as the line of dominoes topple.

Few sectors or institutions have any buffers. They’ve been running at full capacity or higher and burning every dollar to keep from imploding. As a result, any deep cuts are extinction events: no income from college football means eliminating entire sports down the food chain. There is no stair-step down, there’s only binary triage: save this program as is or eliminate it entirely.

Federal/Fed subsidies don’t fully replace what’s been lost. Giving the restaurant owner a subsidy to pay rent and stay open doesn’t mean the restaurant has enough customers to keep staffing and purchases at pre-crisis levels, and giving consumers subsidies such as Universal Basic Income (UBI) doesn’t mean these households won’t decide to save some of that subsidy rather than spend every dime, as the zeitgeist has shifted from complacent confidence to uncertainty: any subsidy is subject to change, as it is ultimately a political decision that can be amended or cancelled.

As the newly issued subsidy-money buys fewer goods and services, demands for increased subsidies rise. The Universal Basic Income (UBI) payment doubles from $1,000 to $2,000 a month, but it still only buys $750 of goods and services as the declining purchasing power of the newly printed money accelerates.

This expansion of money as the pool of goods and services contracts further accelerates the loss of purchasing power in a self-reinforcing feedback.

I have long admired John Michael Greer’s concept of catabolic collapse, a dynamic in which the institution is forced to downsize some of its costly complexity but it restabilizes at a lower energy state. I now think this might be overly optimistic.

A stair-step down to consequentially lower complexity and cost structures is simply not practical in much of the real world as fixed costs are mandated by regulations or impossible to cut for operational reasons. (For example, reducing a fleet of airliners by half doesn’t necessarily translate into an ability to reduce aircraft maintenance facilities and staff by the same percentage.)

This is why denormalization is an extinction event for much of our high-cost, high-complexity, heavily regulated economy. Subsidizing high costs doesn’t stop the dominoes from falling, as subsidies are not a substitute for the virtuous cycle of re-investment.

The Fed’s project of lowering the cost of capital to zero doesn’t generate this virtuous cycle; all it does is encourage socially useless speculative predation as Tim Cook et al. sell Apple bonds in order to buy back more shares of Apple, further enriching Tim Cook et al. This is not a virtuous cycle, it is the denormalization of what remains of free markets, which require capital be priced by markets, not central banks.

There was no New Normal for the dinosaurs. A few winged species survived and evolved into the birds of today, but that is by no stretch of the imagination a New Normal that included all the other dinosaur species. For them, denormalization meant extinction.

De-Normalization: everything that was normal is gone and will not be replaced with some new normal.

Will You Be Richer or Poorer?: Profit, Power, and AI in a Traumatized World ($13)