A New Crisis In The Making: QE Is Causing A Security Shortage, And How The Fed Is Deflecting Attention (For Now)

A New Crisis In The Making: QE Is Causing A Security Shortage, And How The Fed Is Deflecting Attention (For Now)

Between September of 2019 and today, the Fed increased the size of the SOMA portfolio from $3.56 trillion to $6.2 trillion, an increase of $2.64 trillion. 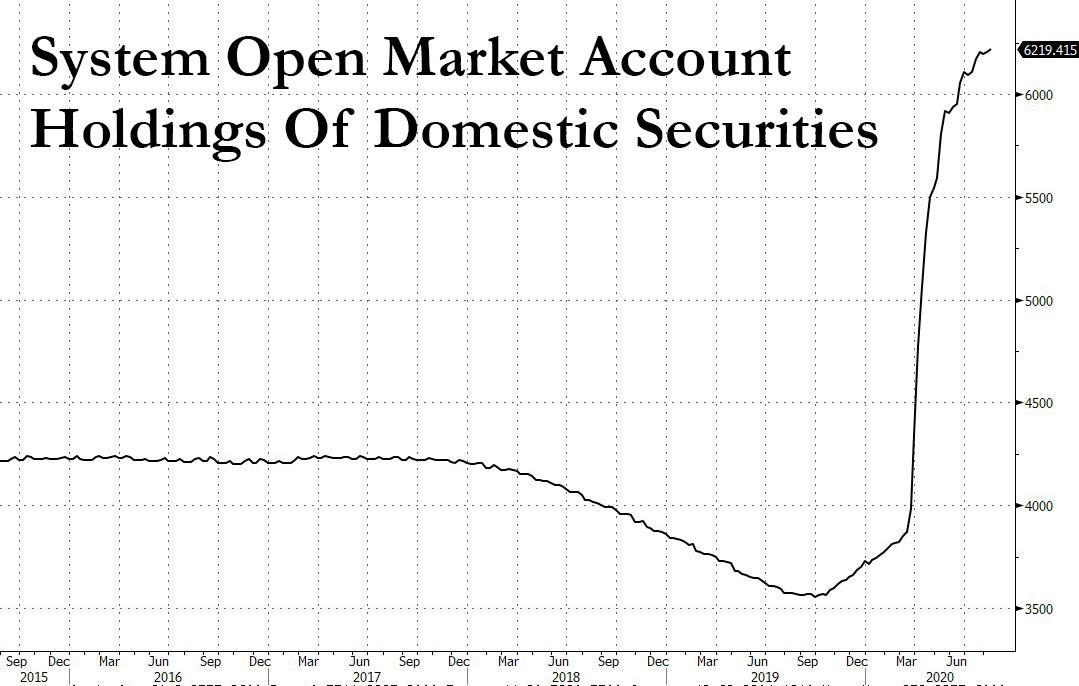 And although the Fed effectively absorbed roughly the same amount of net new Treasurys issued by the Treasury, Curvature securities’ strategist Scott Skyrm points out that the composition of new Treasurys entering the market is different from the Treasurys the Fed purchased.

That’s because the Treasury issued new on-the-runs and bills, while the Fed purchased off-the-run issues. That is, older, seasoned securities. (as a reminder, one of the reasons LTCM blew up is that it had a massive convergence trade between On and Off the Runs which suddenly went haywire and required a Fed bailout, the first of many).

As Skyrm points out, one result of the Fed’s aggressive purchases of off-the-run securities is that the Fed now holds a large percentage of the outstanding amount of several issues. The maximum amount the Fed will buy is 70% of the amount outstanding. This means the Fed has taken a significant amount of some Treasury issues out of the market.

Luckily, in order to address this growing shortage of Off the Runs, the Fed has a “fix” for this problem through the SOMA Securities Lending program, where the Fed will auction the securities in their portfolio to loan to the Street at 12:00 noon each day. Some off-the-run securities, like the 4.5% 2/36 (FT0), 1.75% 11/29 (YS3), and 1.625% 8/29 (YB0), trade slightly special in the morning, but don’t fail because there is plenty of supply available through the Securities Lending at noon.

And that’s the problem: only Primary Dealers have access to the Fed’s Securities Lending program and the securities are not available until 5 hours after the market opens.

As the Curvature strategist concludes, “as the Fed continues QE purchases and continues to accumulate large amounts of some off-the-runs, this will be a continuing Repo market dynamic going forward.”

Which of course means that the new “repo dynamic” which resolves this On/Off the run divergence won’t be forced upon the market until there is another shortage-driven crisis (giving those who wish to take the other side plenty of space), similar to the “NOT QE” that the Fed unleashed in Sept 2019 to bail out countless basis-trading hedge funds as we first explained last year.

Readers can keep track of the Fed’s Securities Lending Operation results at the following page, which also reveals which Off The Run cusips are expecially in demand which means – wink wink nudge nudge – that someone would be willing to pay a lot for these if they were to be made available for sale insteqad of for rent.