Authored by James Rickards via The Daily Reckoning blog,

A lot of the policy response to the COVID-19 pandemic was based on the belief that it would be over quickly. We saw big, multi-trillion dollar spending bills from March into May. The Fed took their balance sheet from about $3.8 trillion to around $7 trillion. (By the way, I can easily envision some scenarios where it goes to $10 trillion).

But all that was done as a sort of bridge loan to get us from April to July. The expectation in April was that when we got to July, the pandemic would be under control, we could reopen the economy, it would be a V-shaped recovery, and it would all be good before the election. That hasn’t turned out to be the case. 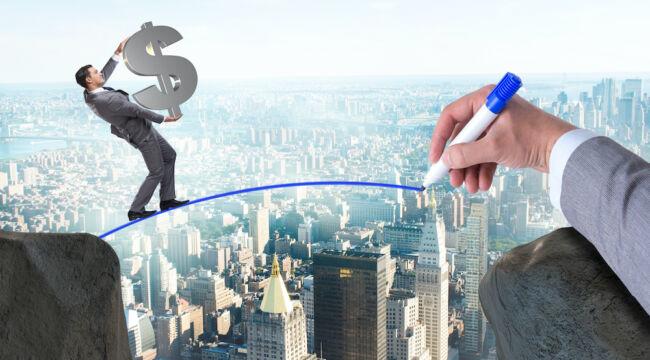 Here we are in mid-August. The virus has surged in several states, which have increased their restrictions in many cases. But the relief packages have largely ended.

Congress is debating another bailout package, but there’s no consensus. It may happen. But as of now, there’s no middle ground between Democrats and Republicans. And that’s important because if you go back to the bridge loan analogy, we’re going to need another to keep the economy and stock market propped up if lockdowns continue.

Now we’re facing a second wave of layoffs. A lot of people who would have been laid off in April were kept on the payroll until, say, the end of July. But there’s no more Payroll Protection Plan. So all of the layoffs that would have happened in April are going to happen in August.

Come September, when we get the August employment report, we may see a real deterioration of employment based on what I’m describing.

We also need to be aware of the real possibility of a second wave of COVID-19 infections.

We’ve heard a lot about the second wave. We’re seeing huge outbreaks in Los Angeles, for example. California has gone from about 4,000 fatalities to now over 10,000 fatalities. It’s passed Massachusetts, which was third on the list. Now Massachusetts is sixth, but Texas and Florida are coming up fast, 4th and 5th respectively.

But this isn’t a second wave. It’s just an extension of the first.

To see why, let’s get into the medical science a bit. The virus started in Wuhan, China. But it spread in two directions. It came east where there was an initial outbreak in California and Washington. But the virus also went west out of China to Italy. Why Italy?

It was Fashion Week in February and the Chinese essentially own the fashion industry. So there were tens of thousands of Chinese flying to Milan for Fashion Week. In Italy, the virus mutated and became more contagious. Not more lethal. The death rate didn’t go up, but the contagion rate went up. Deaths increased, but only because the number of infections increased. The Italian strain, let’s call it, then came to New York.

Cuomo made a lot of mistakes, no question about it, but that wasn’t the difference. The difference was the initial strain in California was less contagious than the one that hit New York.

That’s why the California rate is going up. But none of this is a true second wave as virologists and epidemiologists understand it. This is really the first wave with timing differences.

A real second wave is when you actually do get the virus under control and the caseload drops off everywhere. Then four, five or six months go by and it comes back more fatal, more contagious than before.

That’s what happened in the 1918 Spanish flu. There was a bad outbreak with a lot of fatalities in March 1918, but the most fatalities happened in October after the initial outbreak cooled down.

There was relative calm in May and June, but then it started coming back. By October it got so bad that bodies were piled up on the streets like cordwood. There were so many bodies they didn’t know what to do with them all.

That’s what a second wave could potentially look like. We could see a real second wave based on a mutation that could come this fall and winter.

The larger problem is there’s good evidence that lockdowns don’t work. Death rates in countries with severe lockdowns weren’t appreciably better than in some countries that didn’t fully lock down.

If you’re on an island and don’t let any ships or planes in, then maybe that works. But society would literally grind to a halt. You would literally destroy the world’s largest economy and the global economy. That’s not a viable option.

Some restrictions make sense. Maybe we don’t attend large gatherings for a while. But to go further and shut down every nail salon, barbershop, hair stylist, pizza parlor, dry cleaner, et cetera coast to coast is something else entirely.

Small and medium sized enterprises are 45% of GDP and almost 50% of jobs. When you start shutting that down, you’re shutting down the economy. And that was never necessary. It was never going to stop the problem. If we had done the common sense restrictions while leaving much of the economy open, we would have likely been in much better shape.

The reality is, the economy’s in very bad shape. The idea that we’re going to bounce back out of this with all this pent up demand is nonsense. The data is already indicating we’re in a recovery, yes. But if you fall into a 50 foot hole and climb 10 feet up, you’re still 40 feet in the hole.

And that’s if things don’t get worse from here. But they could, especially if we get a deadly second wave.

We’ve climbed 10 feet out of the hole. Unfortunately, we could find ourselves right back at the bottom before too long.

And digging our way back up to 2019 levels would take even longer.

Why Has There Been So Little Consumer Price Inflation?

Kids Who Are Young for Their Grade Much Likelier to Be Diagnosed With ADHD and Depression, Study Finds

Could Ultra-Low Interest Rates Be Contractionary?