84% Of CFOs Say Stocks Are Overvalued

84% Of CFOs Say Stocks Are Overvalued

It’s not just Wall Street fund managers who, as the latest BofA fund manager survey  revealed, view stocks (along with bonds and gold) to be the most overvalued on record. 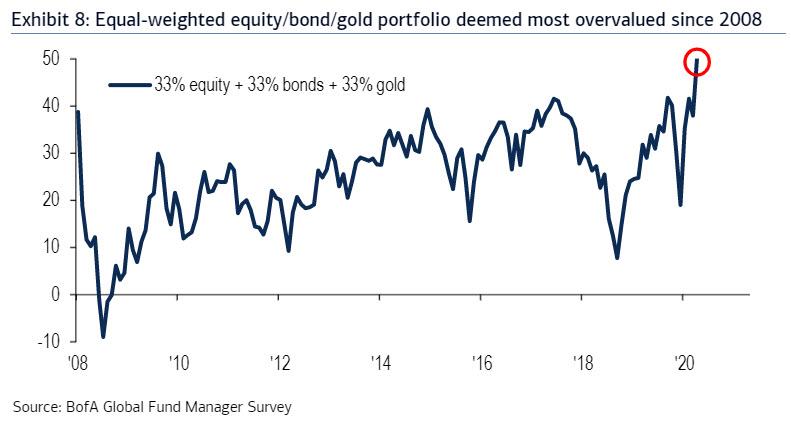 Corporate finance chiefs – those whose actions ultimately set the price of their public equity – agree, and in the latest quarterly survey conducted by Deloitte LLP, about 84% of CFOs said equities are too expensive, the second-highest level in the decade since the accounting and consulting firm began collecting the data. Only 2% of respondents said U.S. stocks look cheap (probably the CFOs of the gigacaps who continue to repurchase their stock hand over fist).

Some 155 CFOs across North America, most of whom work at companies with more than $1 billion in annual revenue, participated in the survey which spanned Aug. 3 to Aug. 7. Since then, the S&P 500 is up another 3.8%.

Of course, the CFOs are spot on, because at 27 times forward earnings, the S&P 500’s price-earnings ratio is just fractions below its all time high. 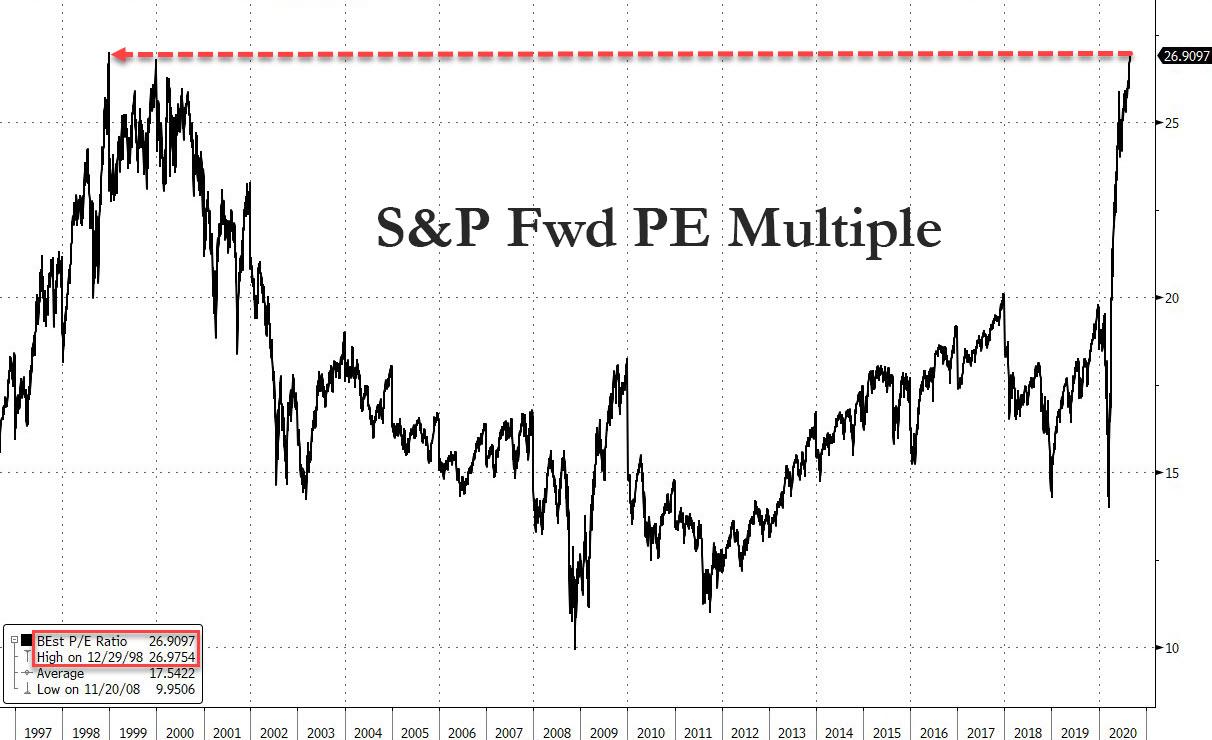 As Bloomberg notes, “the data provide further insight into the views of corporate management, particularly the finance departments responsible for capital expenditures.”

While skeptical on stocks, the CFOs did grow slightly more optimistic on the economy, albeit from record lows as the U.S. began recovering from the depths of the Covid-caused recession. In the most recent report, 7% of respondents rated current economic conditions in North America as good, up from just 1% in the prior survey period. However, only 43% said they expect better economic conditions in a year – down 15 percentage points.

“Economic expectations were improved from really historic lows in the 2Q survey, but more cautious,” Steve Gallucci, Deloitte’s U.S. leader of the CFO Program, said by phone. “Most CFOs felt like it was going to take a lot longer to get their operating capacity back up to pre-pandemic levels.”

Yet just as the BofA Fund Manager survey reveals the sheer force of FOMO across Wall Street, where despite accepting a market that has never been more overvalued, most are rushing back into the stock market and the majority have recently changed their mind from “it’s a bear market rally” to “it’s a bull market”… 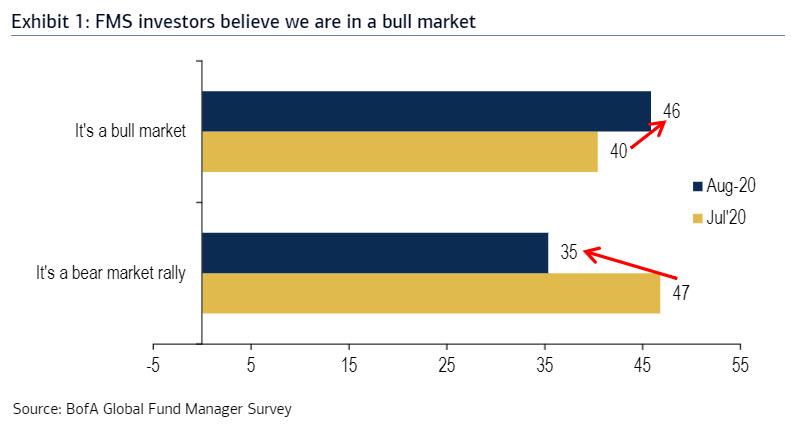 … we wonder just what the point of the CFO survey is: after all, as we laid out recently there has been a tidal wave of companies who in recent weeks have announced plans to resume stock buybacks, and certainly favor buybacks over dividends due to the immediate upside impact they have on the stock price and the resulting favorable impact on equity-linked comp plans. 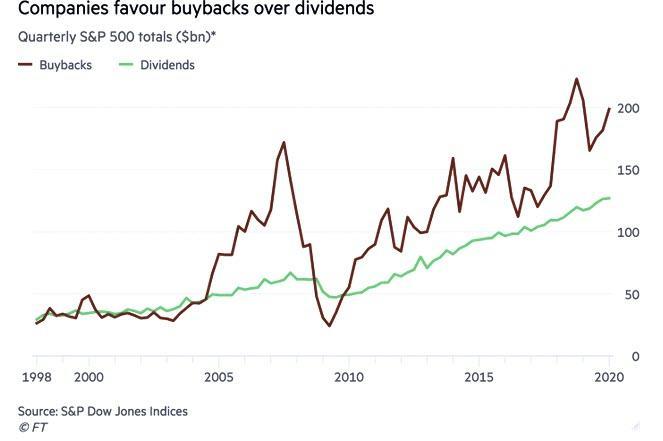 One thing is clear: if the vast majority of CFOs thought stocks were overvalued, they would be selling equity not buying stock back. Then again, with their own compensation on the line, and with relentless demand for bonds from both investors and the Fed, why not sell some bonds and use the proceeds to buy back some more stock, assuring even more equity levitation and also assuring that next month even more CFOs will find stocks to be overvalued.