A “megadrought” could be forming across the West, parts of the Midwest, and in Texas, as the risks of a 1930s Dust Bowl-style event remain elevated.

The latest US Drought Monitor map shows nearly a third of the country is experiencing “severe drought” to “extreme drought” conditions. 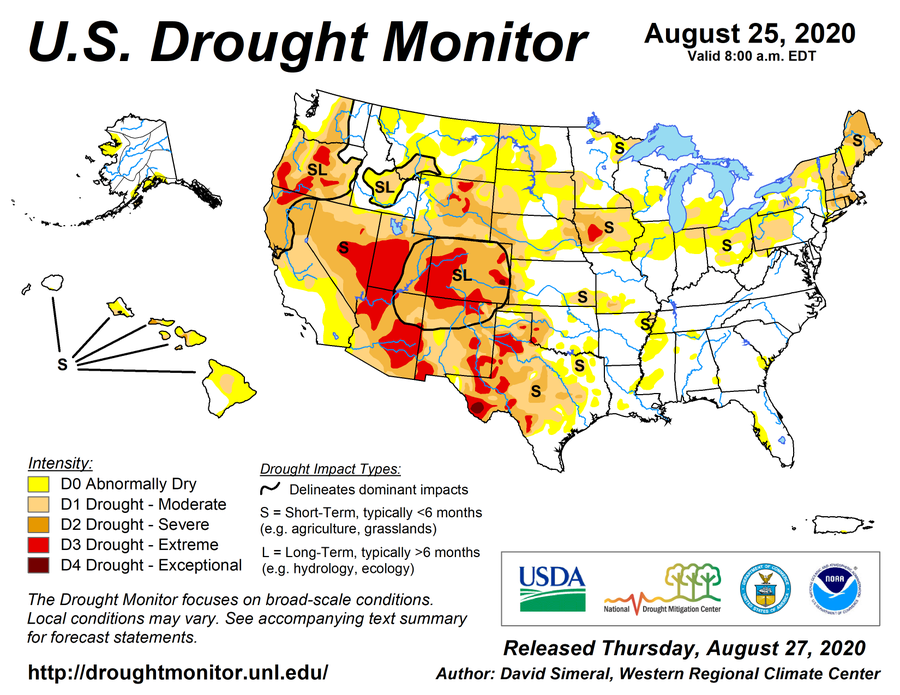 The lack of precipitation is so concerning that Iowa Secretary of Agriculture Mike Naig warned Friday that his state is facing the worst drought since September 2013.

The drought in Iowa has caused severe headaches for farmers ahead of harvest, following high winds that flattened cornfields and destroyed silos in early August.

Iowa, the biggest US corn-producing state, is facing lower crop yields and deteriorating grain quality due to the recent volatility in the weather. This comes at an inopportune time as China increases purchases of US farm goods.

“The challenge here, and what’s unique, is that we’re dealing with adverse weather conditions over such a wide area in the state of Iowa,” Naig said.

He said, “this is the largest area of coverage of multiple problems that I’ve seen,” adding that crop yields could be much lower than estimates from months back.

Reuters noted the powerful windstorm on August 10, impacted 14 million crop acres, or about 57% of the state’s farms. 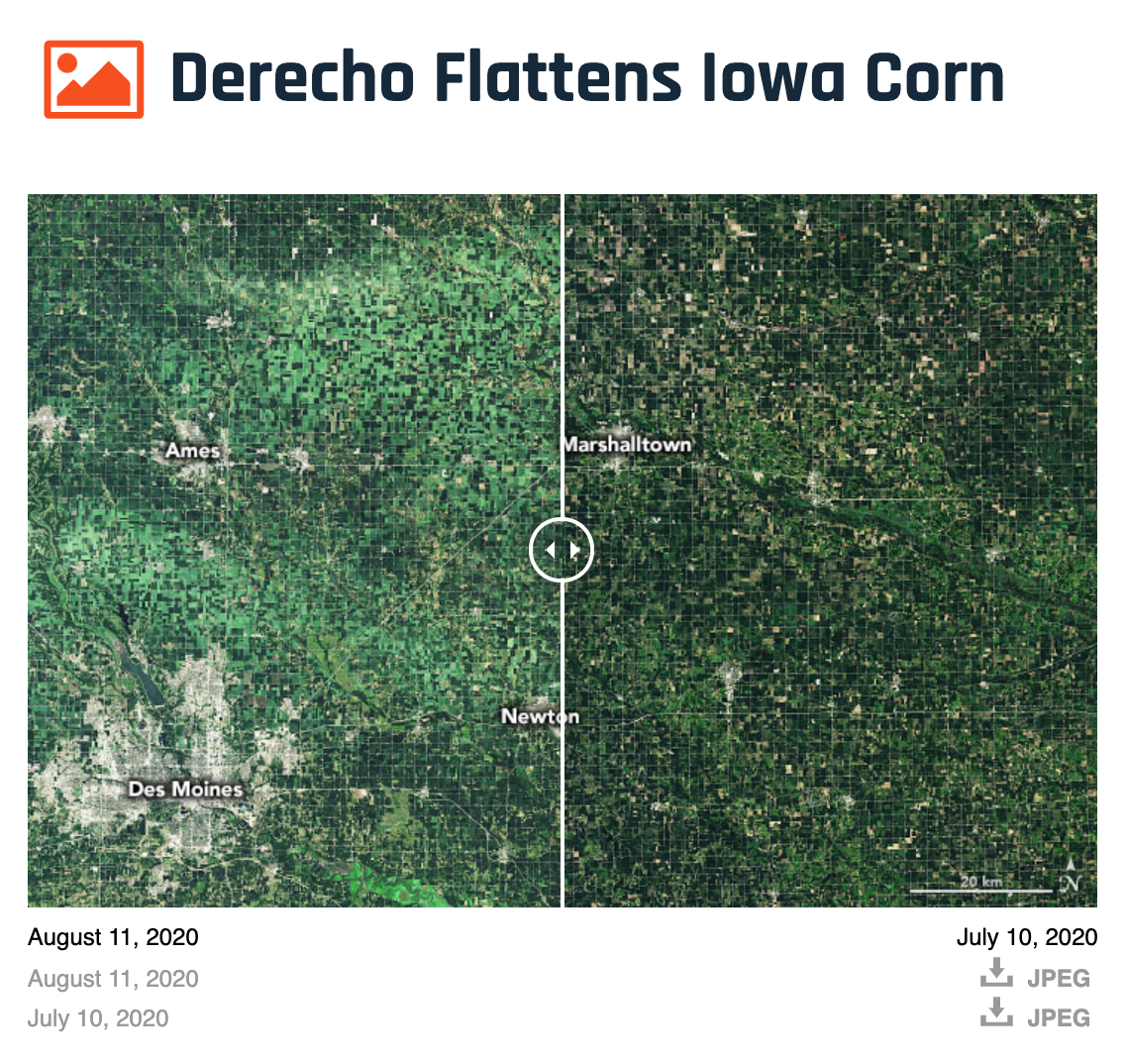 “We are starting to hear of some of those fields being declared a total loss and seeing farmers out destroying that crop,” Naig said.

A confluence of events, in a short period, from drought to windstorm, has negatively impacted Iowa’s crop yield – as far as CBoT corn futures, well, they still remain on a low, following a bear market, or about a 23% drop post-signing of the Phase One Trade Deal with China in January.

Without the drought and windstorm, Iowa’s crop was forecasted to be large – further corn sales to China could push prices higher.

Focus On The COVID-19 Death Rate

“No Renegotiations On Nuclear Deal With Biden Period”: Iran FM