Michael Flynn’s request to force a judge to immediately dismiss his case was shot down by a federal appeals court on Monday. 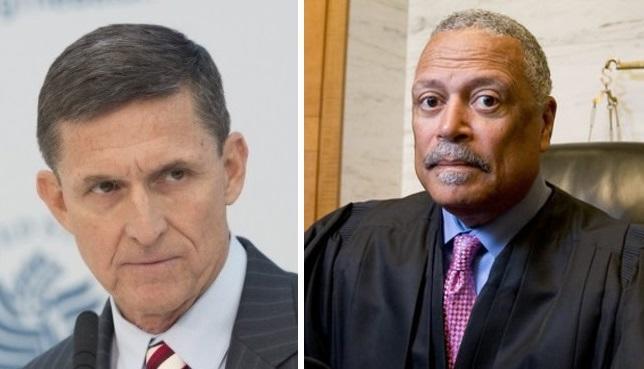 In an 8-2 ruling, the DC Circuit Court of Appeals struck down Flynn’s petition to force Judge Emmett Sullivan to accept the Justice Department’s motion to drop charges without holding a hearing, according to The Hill.

Flynn’s request that Sullivan be forced to recuse himself was also struck down, after his legal team argued that the judge acted improperly when he appointed a partisan outside attorney to argue against the DOJ’s decision to drop the case, and that it was inappropriate to ask the full circuit court to revisit an earlier decision by a three-member panel of the DC Circuit to drop the case.

Unless Flynn’s lawyers appeal to the Supreme Court, Sullivan will be able to move forward with a hearing about the DOJ’s unusual reversal in the case, before deciding whether to allow the Trump administration to withdraw its charges against the president’s former close aide.

Flynn had pleaded guilty in 2017 to lying to the FBI about his conversations with the Russian ambassador to the U.S. and agreed to cooperate with the special counsel’s investigation into Russian interference in 2016 election. –The Hill

The DOJ filed a motion to drop the case against Flynn in May, after it was revealed that the FBI engaged in a ‘perjury trap’ against the former Trump National Security Adviser.

The Astonishing Lack Of Value In Value

The Case for Ending Income Tax Itemization of Deductions