As the shooting of a man in Portland last night intensifies Americans’ fears about mounting violent crime and the increasingly out of control “protest movement” spawned by the killing of George Floyd, the Financial Times has chosen to write a story about Sweden that could offer some insight into the mindset of the American “silent majority”.

Now that Sweden has successfully beaten back its coronavirus outbreak, politicians in the country are pivoting to focus on a new issue that has emerged in the aftermath of the economic destruction wrought by the global outbreak. Even though Sweden never locked down its economy, it suffered an even larger economic contraction than its Nordic neighbors. 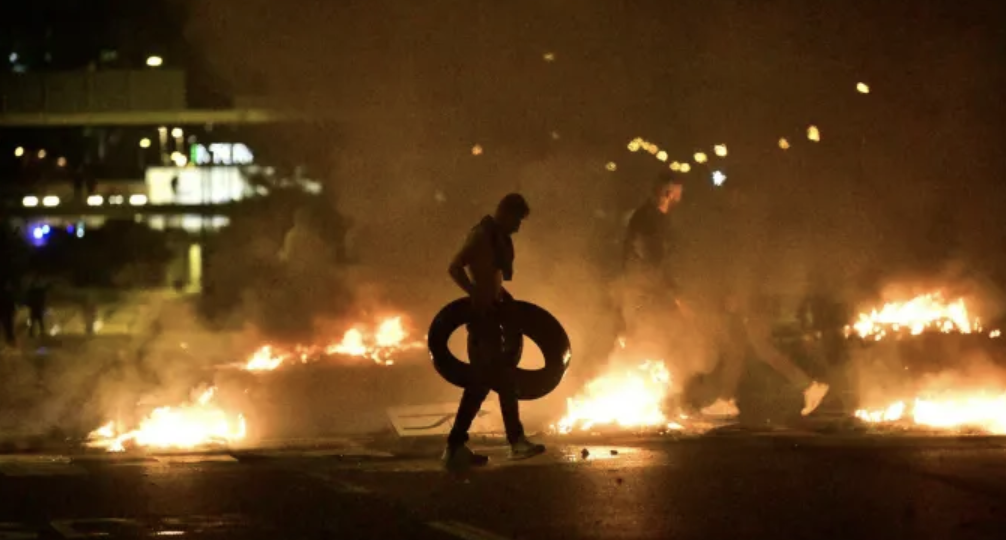 This, combined with years of heightened migration fueled by crises in the Middle East and Africa, has continued to fuel growth in crime across stodgy Sweden.

When President Trump tweeted about the crime wave in Sweden, the mainstream media dismissed the president’s concerns as simply regurgitating a ‘bogus’ story invented by Fox News, a claim echoed by Sweden’s center-left political establishment. The truth, however, is much more complicated, and much more sensitive, than this denialism might suggest.

And now that the COVID-19 numbers are down, the country is starting to focus on the rising rates of violent crime, spurred in part by a series of particularly brutal crimes that have taken place in recent weeks. Whether its reports about criminals setting up their own roadblocks in Gothenburg, a 12-year-old girl shot and killed in gang crossfire, or a beating that verged on torture, right-wing politicians, led by a right-wing party called the Sweden Democrats that was mostly shunned until a few months ago, have seized on this latest crime wave as Sweden’s “second pandemic.“

“There is a big frustration and anger at the developments,” Mattias Karlsson, parliamentary leader of the anti-immigration Sweden Democrats, the country’s third-largest political party, told the Financial Times. “Our laws are too soft, the police don’t have the means to investigate this very serious crime.”

On Friday night, a large riot broke out in an immigrant suburb of Sweden’s third city Malmo after far-right sympathisers burnt a Koran. Ulf Kristersson, head of the main centre-right opposition party, the Moderates, used his summer speech on August 24 to accuse the government of failing to act after more than 200 shootings and 24 deaths this year. “The deadly violence is Sweden’s second pandemic,” he added.

Interestingly enough, the issue of crime is becoming a bigger political liability for Sweden’s ruling Social Democrats than their handling of the coronavirus. And it’s a natural fit for the ‘anti-migrant’ right because most of the criminal suspects are immigrants.

The governing Social Democrats had until recently enjoyed a boost in the polls from their handling of the coronavirus pandemic where they have largely followed the recommendations of state epidemiologist Anders Tegnell while ploughing billions of krona into the economy.

But a nascent conservative bloc – involving Mr Kristersson’s Moderates and the Christian Democrats from the mainstream centre-right, plus the previously shunned Sweden Democrats – is increasingly attacking the government on law and order and migration as many of the suspected criminals are immigrants.

One academic expert quoted in the FT story said that while the liberal government’s “libertarian” approach to tackling the pandemic had “discombobulated” Swedish conservatives, the crime issue is giving conservatives a rare opportunity to completely turn the tables on their competition.

Nicholas Aylott, senior lecturer in political science at Sodertorn University, said the Swedish right had been “discombobulated” by the country’s COVID-19 strategy where the centre-left suddenly rallied around a “libertarian” approach of not having a formal lockdown. But he argued the resurgence in violence had dented the centre-left hopes that coronavirus could tilt the debate more towards the economy and big government. “The violence is becoming so grotesque it is bound to displace pretty much everything else,” he added.

The conservative line is pretty straight forward: attempts at integration and open migration were misguided idealism, and these failed policies have led to “segregation and violence”.

Toward the end of the story, the conservative politician who appeared to be the FT’s main source made an interesting point. In Sweden – as in much of Europe today – the big political disagreements are no longer about economics. They’re about culture.

Mr Karlsson said that “many people are feeling insecure in their everyday life” and argued that Sweden’s immigration and integration policies had failed, leading to “segregation and violence”.

He added: “It’s not really economics or taxes that are the main sources of conflict in Swedish politics — values, identity, crime that is where the debate is.”

And they’re about what kind of society famously open Sweden should become as the world advances further into the 21st Century.

New CDC Estimates: Fatality Rate For COVID-19 Drops Again And May Surprise You

A Case for Christian Pacifism

What The Fed Said, Didn’t Say, & What Happens Next