Youth Suicides Soar 57% In Past Decade: Is Social Media To Blame?

Youth Suicides Soar 57% In Past Decade: Is Social Media To Blame?

The suicide rate among Americans ages 10 to 24 increased by 57% between 2007 and 2018, data published Thursday from the National Center for Health Statistics (NCHS) shows. New concerns are mounting that social media could be contributing to the wave of suicides among younger generations.

Between 2007 and 2018, the national suicide rate among persons aged 10–24 increased by 57.4%. The increase was broad, as it was experienced by the majority of states. -NCHS

On a state-by-state basis, the percentage change between 3-year averages of suicide rates for 2007–2009 and 2016–2018 increased down to 47%. The largest increases were seen in New Hampshire, Oregon, Georgia, Missouri, Oklahoma, and Michigan. 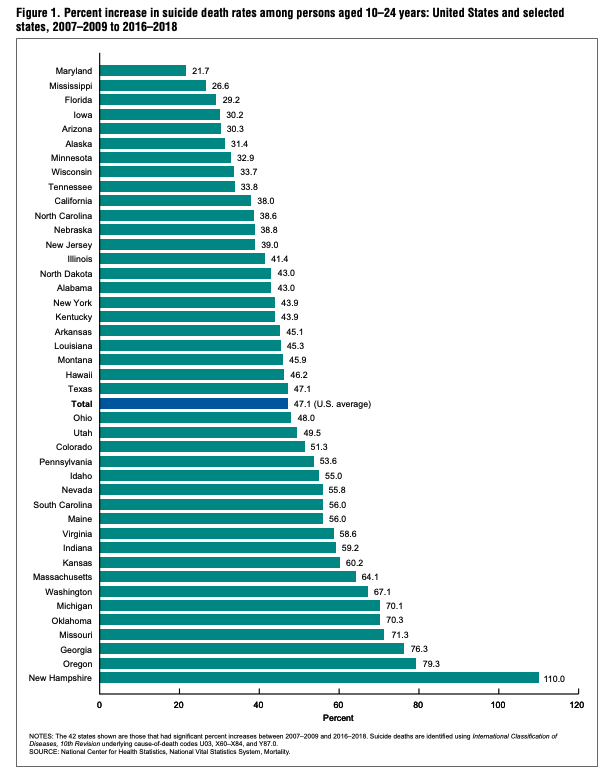 Courtesy of Bloomberg, here’s a complete visualization of the youth suicide crisis that has unfolded across the country. 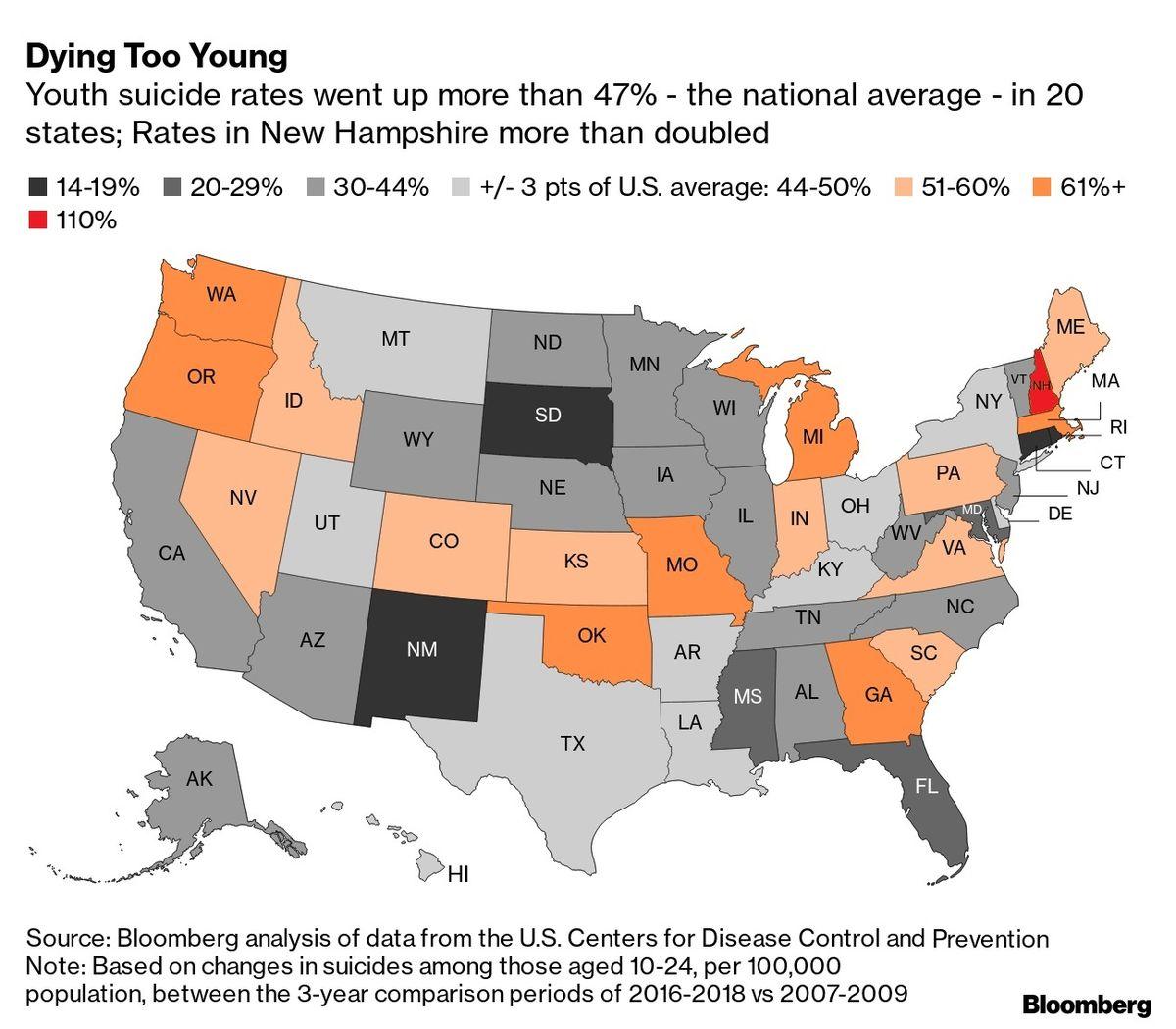 NCHS’s data only covered suicides between 2007-2018, but there’s reason to believe the trend is continuing, due mostly to the virus pandemic-related stress.

The Worst 2020 Election Interference Will Be Perfectly Legal

Steven Phelan on the Many Different Entrepreneurial Journeys