Two Los Angeles County Sheriff’s Department deputies are fighting for their lives after a Saturday night ambush at a train station in Compton, California. 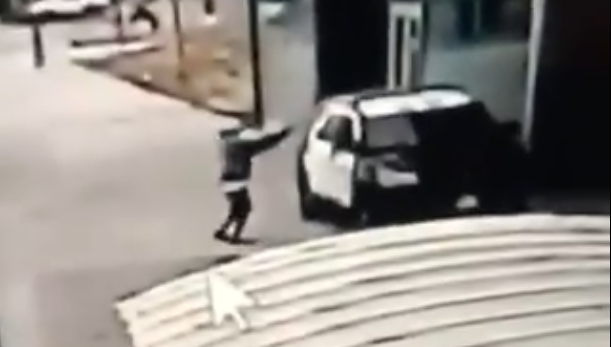 The officers, a man and a woman, were both shot multiple times after a suspect walked up to their parked patrol car and fired at close range, according to the LA County Sheriffs Department, which tweeted “The gunman walked up on the deputies and opened fire without warning or provocation.”

Update: The gunman walked up on the deputies and opened fire without warning or provocation. pic.twitter.com/cBQjyKkoxJ

In a Saturday night news conference, Sheriff Alex Villanueva said that the two had graduated from the sheriff’s training academy approximately 14 months ago. The female officer, 31, is the mother of a six-year-old boy, while the other officer is 24-years-old. At least one of them was able to radio for help, after which they were taken to nearby St. Francis Medical Center where they underwent surgery, according to NBC News.

Deputy Morgan Arteaga said the attack was reported about 7 p.m. at a train station in the city of Compton. The sheriff’s department has a unit that patrols Los Angeles Metro trains; it’s also contracted to police that city.

“They are still alive,” Arteaga said.

The department also tweeted: “They are both still fighting for their lives, so please keep them in your thoughts and prayers.” –NBC News

According to the report, the FBI offered to assist the sheriff’s department in the manhunt for the suspect.

“This is just a sober reminder it’s a dangerous job,” said Villanueva. “Actions, words have consequence. And our job does not get any easier because people don’t like law enforcement.”

President Trump weighed in following the shooting, tweeting “Animals that must be hit hard!”

Animals that must be hit hard! https://t.co/zrOd9ZUl8o

https://platform.twitter.com/widgets.jsMeanwhile, anti-police protesters have reportedly shown up to the hospital where the officers are being treated, with an unconfirmed report that some had attempted to gain entry to the building.

Anti police protesters for those asking. How insanely disrespectful. Unconfirmed reports they tried to get into the emergency room!

Why Expropriation Without Compensation Would Devastate South Africa’s Future