Slow-moving Hurricane Sally finally made landfall on Alabama’s Gulf Coast on Wednesday morning as a Category Two hurricane, according to the National Hurricane Center (NHC).

“Sally has made landfall near Gulf Shores Alabama at 445 AM CDT as a category two hurricane. Maximum sustained winds were 105 mph with a minimum central pressure of 965 mb,” NHC tweeted. 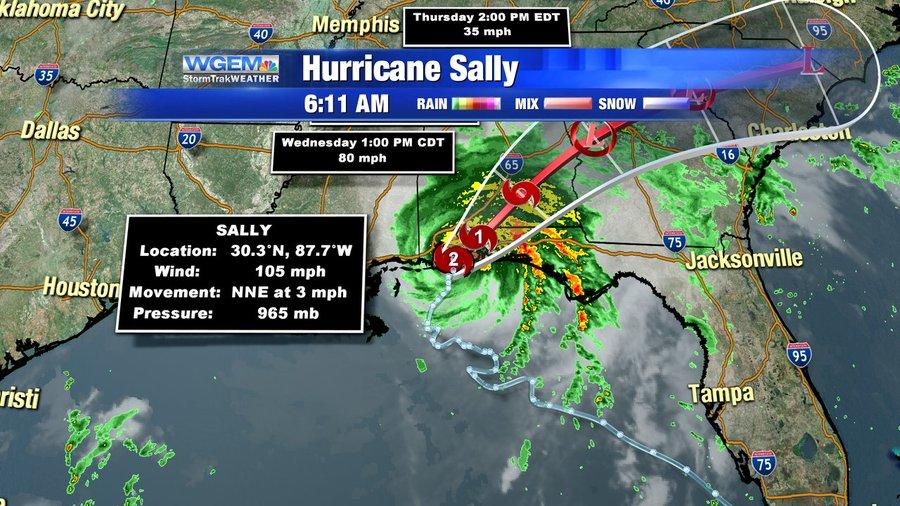 Sally made landfall near Alabama’s Mobile Bay and the Florida Panhandle coast around 0545 ET with winds at 105 mph. NHC said the hurricane is unleashing “hurricane-force winds spreading inland over southeastern Alabama and the western portion of the Florida Panhandle. Catastrophic and life-threatening flooding likely along portions of the north-central Gulf Coast.”

Here is the 6 AM CDT 9/16 update for #Sally: Hurricane-force winds spreading inland over southeastern Alabama and the western portion of the Florida Panhandle. Catastrophic and life-threatening flooding likely along portions of the north-central Gulf Coast. pic.twitter.com/AqSlKJ1Zmx

On Tuesday, we noted NHC’s warning that the hurricane could unleash “historic flooding” across Mississippi, Alabama, and portions of the Florida panhandle. Now it appears damaging winds and torrential rains will stretch from Mississippi to the Florida Panhandle. Some of these areas could experience upwards of two feet of rain as the hurricane creeps inland at three mph.

Storm surge warnings are in effect for Mobile Bay to Panama City. 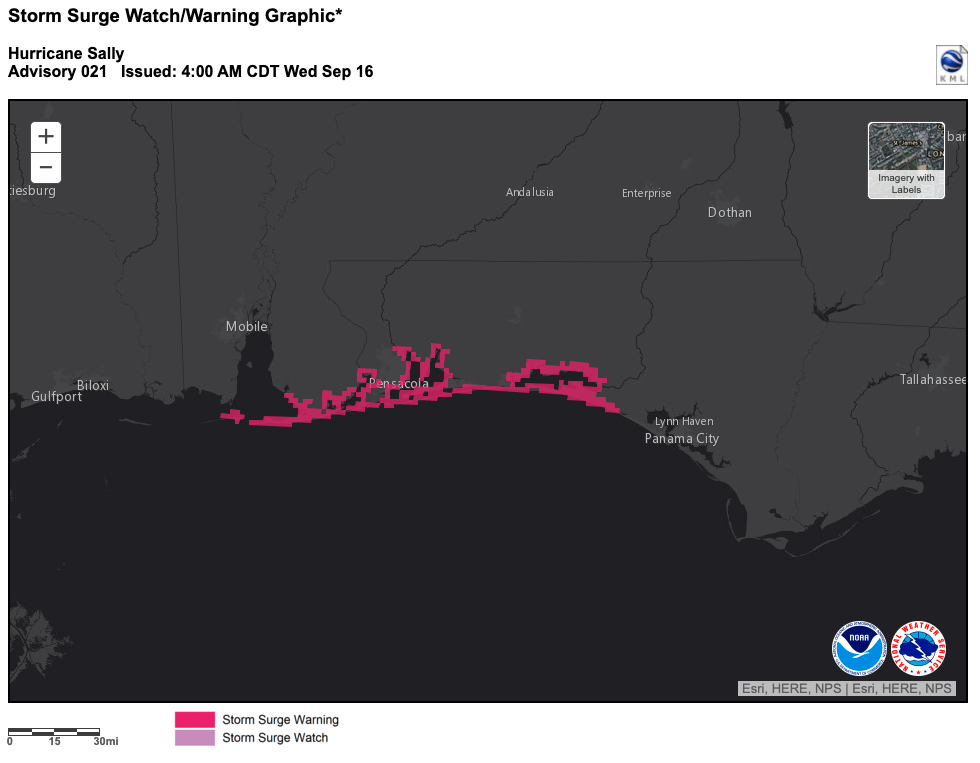 Peak storm surge between Mobile Bay and Pensacola Bay is between 4-7 feet. 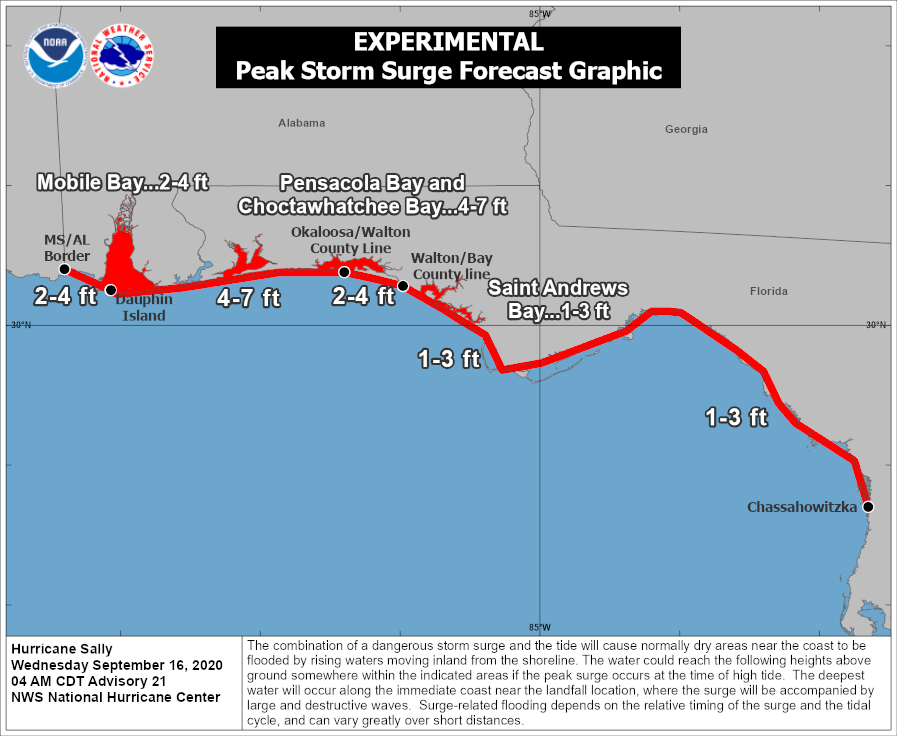 Flash flooding risks across the Alabama-Florida line are “high.”

As of 0740 ET, nearly a half-million customers are without power in Florida, Alabama, Mississippi, and Lousiana, according to PowerOutage. U.S. data.

President Trump tweeted late Monday night that his “team” is “closely monitoring extremely dangerous Hurricane Sally.” Alabama, Mississippi, and Louisiana have had emergency declarations approved by the White House ahead of Sally’s arrival. More than 17 million people are located in the storm’s path.

My team and I are closely monitoring extremely dangerous Hurricane Sally. We are fully engaged with State & Local Leaders to assist the great people of Alabama, Louisiana, and Mississippi. Be ready and listen to State and Local Leaders! @GovernorKayIvey @LouisianaGov @TateReeves

Reuters notes research from Chuck Watson of Enki Research, which tracks tropical storm damage, who expects Sally’s damage could be in the range of $2 to $3 billion.

From Biloxi, Mississippi, to Pascagoula, Florida, ports, businesses, and schools were shuttered earlier this week ahead of the hurricane making landfall. Walmart announced 54 closures in Gulf Coast states, according to CNN.

Military bases, including Naval Air Station Pensacola in Escambia County, Florida, Keesler Air Force Base in Biloxi, Mississippi, and Eglin Air Force Base in Pensacola, have announced only mission essential personnel should report to work Wednesday.

Reuters notes a quarter of all U.S. Gulf of Mexico offshore oil and gas production has been taken offline, with some refiners inland shuttering operations.

“This isn’t the first hurricane that I have been through. I have been there through Hurricane Nate and Tropical Storm Gordon,” Merrill Warren of Summerdale, Alabama, told CNN. “I’m more worried about the rain for this one … The rain and storms surge are definitely going to be the bigger issue with a storm moving at two mph.”