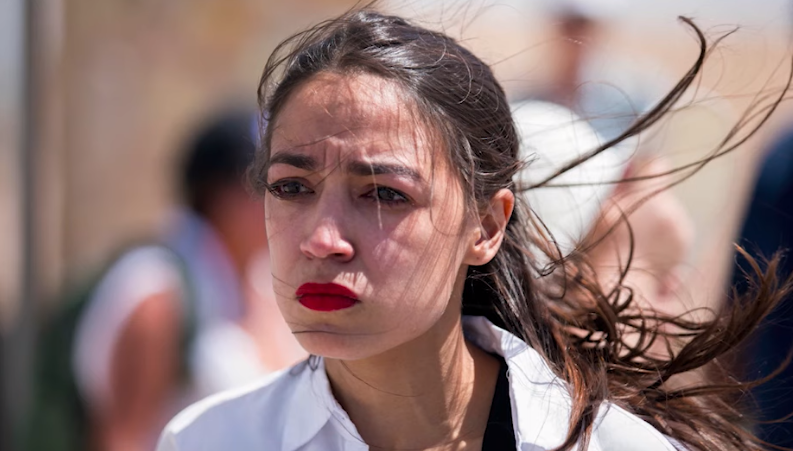 @AoC told her followers 20 minutes ago that they must radicalize and fight.

AOC also mourned the loss of Ginsburg in a Friday night tweet, writing “It is heartbreaking that in her final moments she was, as are many others, preoccupied with what would happen after her passing” – before telling her followers hours later to radicalize and fight.

Ocasio-Cortez said she jumped on the live video to address those grieving the loss of Ginsburg and who were “scared” about the future. She spoke for about 40 minutes about the gravity of the vacancy and how important it was to keep up the fight for Democrats to win in November.

She alluded to Joe Biden’s unpopularity among progressives who preferred that Sen. Bernie Sanders, I-Vt., be the party’s nominee, but said November is about survival.

“We need to focus on voting for Joe Biden. I don’t care if you like him or not,” Ocasio-Cortez told her supporters. –Fox News

“Voting for Joe Biden is not about whether you agree with him. It’s a vote to let our democracy live another day,” AOC told her followers – tweeting that “Our first, no 1 priority is to do everything possible to secure electoral college victory in Nov.”

Our first, no 1 priority is to do everything possible to secure electoral college victory in Nov.

This is the fight of and for our lives. That has always been true, & it becomes more true each day.

Opponents of democracy need your resignation to succeed. Don’t give it to them.

Prepare for more radicalized leftists to make the next few months pure insanity.