Authored by Caitlin Johnstone via Medium.com,

Twitter claims that it has suspended 130 Iranian accounts for “attempting to disrupt the public conversation” during the US presidential debate.

“Based on intel provided by the FBI, last night we removed approximately 130 accounts that appeared to originate in Iran,” a thread by the Twitter Safety account reads. “They were attempting to disrupt the public conversation during the first 2020 US Presidential Debate. We identified these accounts quickly, removed them from Twitter, and shared full details with our peers, as standard. They had very low engagement and did not make an impact on the public conversation. Our capacity and speed continue to grow, and we’ll remain vigilant.”

Based on intel provided by the @FBI, last night we removed approximately 130 accounts that appeared to originate in Iran. They were attempting to disrupt the public conversation during the first 2020 US Presidential Debate.

This evidence-free claim aligns with the narrative popularized by the Russiagate conspiracy theory that foreign governments seek to “sow discord” in the United States by amplifying controversial political opinions from both sides of mainstream US discourse, and it is idiotic for a number of reasons. 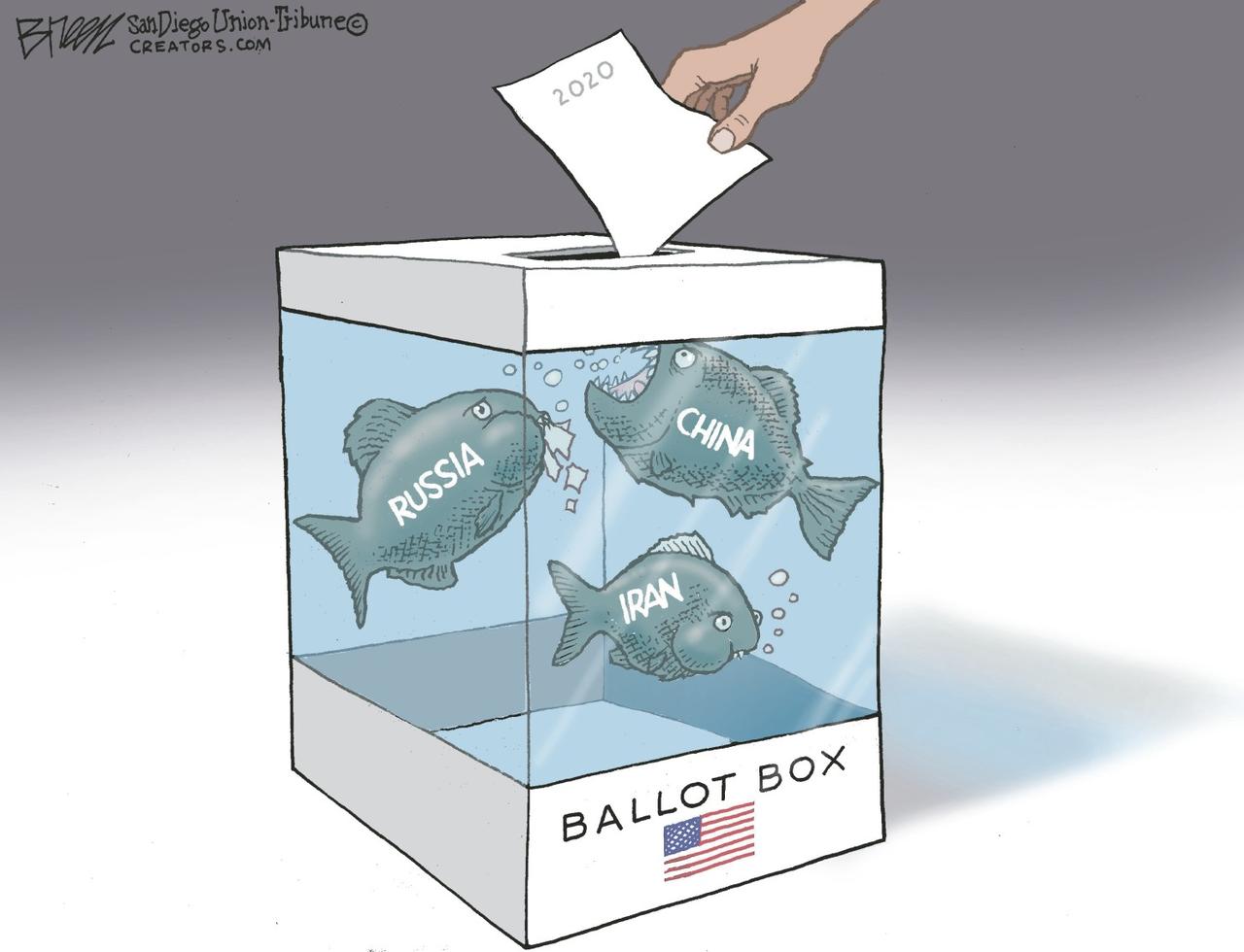 Firstly, anyone who watched America’s trainwreck of a first presidential debate knows the argument that a few social media accounts could make the US political conversation any more polarized, hostile and toxic than mainstream news outlets and elected officials have already made it is like saying a tsunami was exacerbated by someone throwing a thimble full of water in the ocean.

The much-touted Russian social media election interference in 2016 was shown to be a joke, consisting of a few thousand dollars going toward silly memes and posts amplifying both sides of the political conversation, and much of it happening after the election itself. The few sample tweets provided by Twitter in this latest so-called attempt to disrupt the public conversation from Iran are vastly less significant than even that, saying nothing particularly noteworthy and bizarrely appearing to side with Trump.

The idea that any of this could have any effect worth mentioning on the gibbering vortex of irrational vitriol that is American political discourse makes no sense whatsoever, and again Twitter itself admits that it “did not make an impact on the public conversation”. Twitter’s response is a melodramatic swinging at shadows which did nothing but help manufacture the US State Department-friendly narrative that Iran is working to interfere in American democracy.

Iran hawks want to pretend that regime collapse is just one sanction away – yet it is Iran’s civilian population that is the target and would absorb the pain of new, callous US sanctions that have been proposed: https://t.co/zim6HzD37m

Secondly, the entire premise is bogus because other nations have every right to influence US political discourse. The US uses its military and economic might to bully and manipulate the world into compliance with its agendas; this by itself is an outrage, and at the very least people around the world should be allowed to exert influence on the political conversation of people who, unlike themselves, are able to cast votes which influence the US government. Anyone in any nation on earth is well within their sovereign boundaries to influence the political discourse of a nation whose government does not honor the national sovereignty of any other nation.

This is especially true of nations like Iran, because it is no exaggeration to say that US politics affect Iranians more than they affect Americans. The lives of Americans have been impacted by the Trump administration far less than the people of Iran, for example, as more starvation sanctions are being pushed while crucial goods are already skyrocketing in price, sick Iranians are having difficulty obtaining life-saving medicine, and life in general has been getting much more difficult for the poorest and frailest Iranian civilians.

When Trump nearly started a war with Iran earlier this year, Americans worried about the price of oil while Iranians worried about their children getting ripped apart by explosives dropped from the sky. These things are not equal, and it’s not even close.

To claim that Iranians — or even the Iranian government — should not be allowed to exert any influence over how people are talking about the government that did this is absurd. Such a viewpoint only looks acceptable through the American supremacist worldview which sees Americans as better, more worthy, and more important than the people who live in other nations.

“Heshmat Alavi” is itself known to be a fake Twitter account for a fictional persona that has for years been used to influence US political discourse (https://t.co/uhEXXFjXVY), but its influence promotes anti-Iran narratives so @Twitter has no problem with it. https://t.co/bmMibdR3Yz

Thirdly, it is not legitimate for monopolistic tech corporations to align themselves with the US government and then censor speech in a way which always benefits that government. These mass social media purges consistently target accounts from nations which have resisted absorption into the US-centralized power alliance, while known troll operations like the fake “Heshmat Alavi” Twitter account from the MEK terror cult are left free to influence US political discourse because its anti-Tehran focus aligns with the US government.

When you’ve got monopolistic tech giants aligning with government agencies like the FBI to implement censorship which aligns with the US government, what you have is government censorship. There is nothing else you could reasonably call it. We learned back in August that Twitter, Facebook, Google and other massively influential platforms are collaborating with the US government to prevent foreign influence in the lead-up to the US election, and there’s no reason to believe this corporate-state relationship will get any less cozy after November third.

In a corporatist system of government, where corporate power is inseparably intertwined with state power, corporate censorship is state censorship. Every horrible thing the US government accuses other nations of doing is something it itself does as a matter of routine. Increasingly authoritarian control over information and communication is just one more example of this.

Thanks for reading! The best way to get around the internet censors and make sure you see the stuff I publish is to subscribe to the mailing list for at my website or on Substack, which will get you an email notification for everything I publish. My work is entirely reader-supported, so if you enjoyed this piece please consider sharing it around, liking me on Facebook, following my antics on Twitter, throwing some money into my tip jar on Patreon or Paypal, purchasing some of my sweet merchandise, buying my books Rogue Nation: Psychonautical Adventures With Caitlin Johnstone and Woke: A Field Guide for Utopia Preppers. For more info on who I am, where I stand, and what I’m trying to do with this platform, click here. Everyone, racist platforms excluded, has my permission to republish, use or translate any part of this work (or anything else I’ve written) in any way they like free of charge.