Concluding a rather quick earnings season for financials which has seen mixed results from money-center banks, whose sharp revenue declines and tepid outlook on loss provisions – and outright misses in the case of Wells and BofA – sent their stocks lower, offset by strong performance by pure-play “hedge funds” such as Goldman, moments ago Morgan Stanley reported Q3 earnings which smashed expectations thanks to another quarter of stellar revenue from both equity and FICC sales and trading. 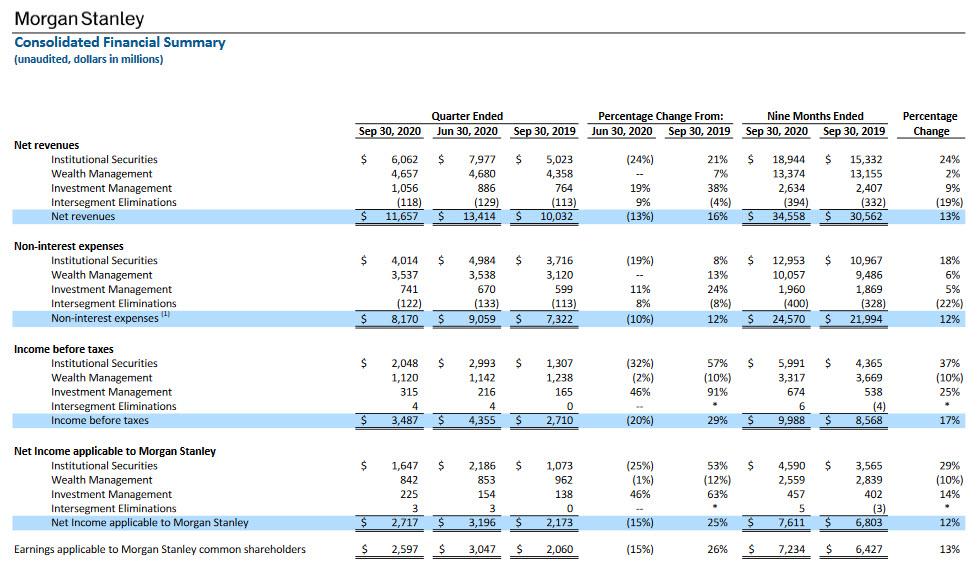 “We delivered strong quarterly earnings as markets remained active through the summer months,” CEO James Gorman said in a statement Thursday, adding that completing the E*Trade acquisition, the “subsequent ratings upgrade from Moody’s, and the recently announced acquisition of Eaton Vance significantly strengthen our firm and position us well for future growth.”

The biggest highlight was the latest jump in sales and trading revenue which while down notably from the Q2 record bonanza, surged 20% in the third quarter to $4.2 billion from $3.5BN a year ago, lifting the firm’s profit to the second-highest ever. 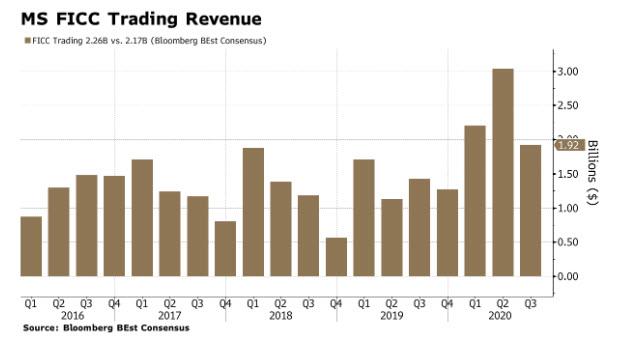 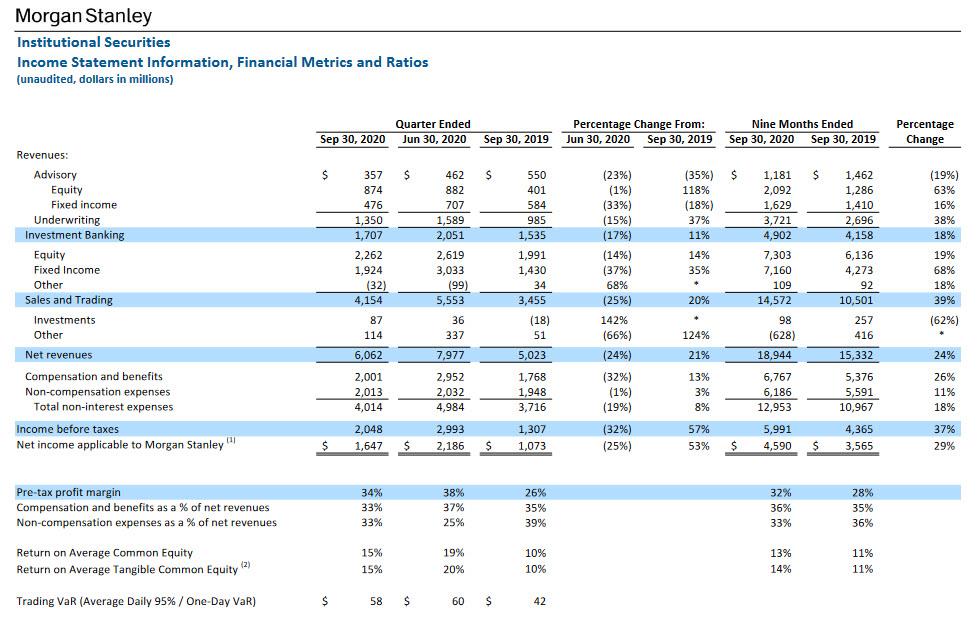 Wealth management net revenue in Q3 rose 6.9% from the prior year to $4.66 billion, also beating an estimate of $4.40 billion. In its statement, the bank said that excluding the impact of DCP – its employee compensation plan – wealth management’s reported net revenues of $4.4 billion “increased slightly” from a year ago. 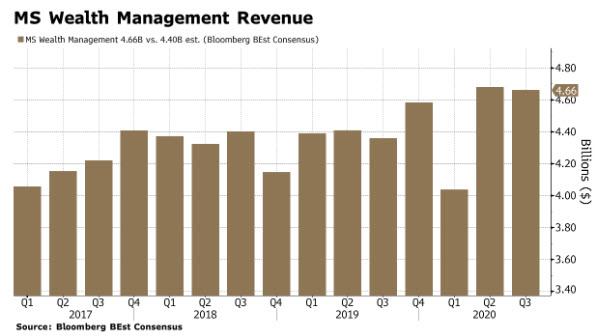 Investment Management reported net revenues of $1.1 billion compared with $764 million a year ago, while pre-tax income doubled to $315 million compared with $165 million a year ago. The bank said the 20% increase was “driven by record AUM on strong investment performance and positive long-term net flows,” and that “investments revenues increased significantly from a year ago on higher accrued carried interest and investment gains primarily in Asia private equity.” Naturally, compensation expense increased from a year ago on higher asset management revenues and an increase in carried interest.

While of secondary importance for a non-balance sheet intensive bank, Morgan Stanley set aside just $111 million in provisions for credit losses, compared with $51 million a year ago and $239 million in the second quarter. The firm now has $1.3 billion set aside for soured loans.

In response to these stellar results the stock… dropped in kneejerk reaction, suggesting it had been priced to perfection, and was down more than 2% at 49.70 at last check.

Still, despite the muted response, Morgan Stanley is the best performing stock among all major US financials, and is effectively flat for the year, compared to far worse results for the rest of the sector. 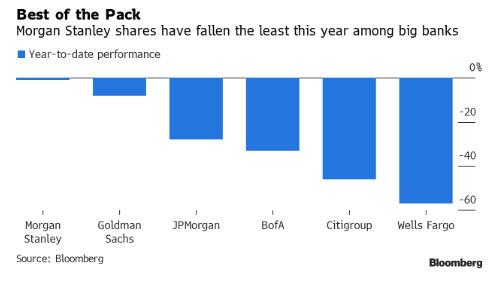 Greatest Economy Ever: Small Businesses Forced To Use GoFundMe To Stay Solvent

The Feds Want to Snoop on Your Encrypted Data. It’s “for the Children.”