Since becoming President, Donald Trump has pumped unprecedented amounts of taxpayers dollars into the military-industrial complex, showering defense companies with trillions of dollars to build the latest and greatest war machines. 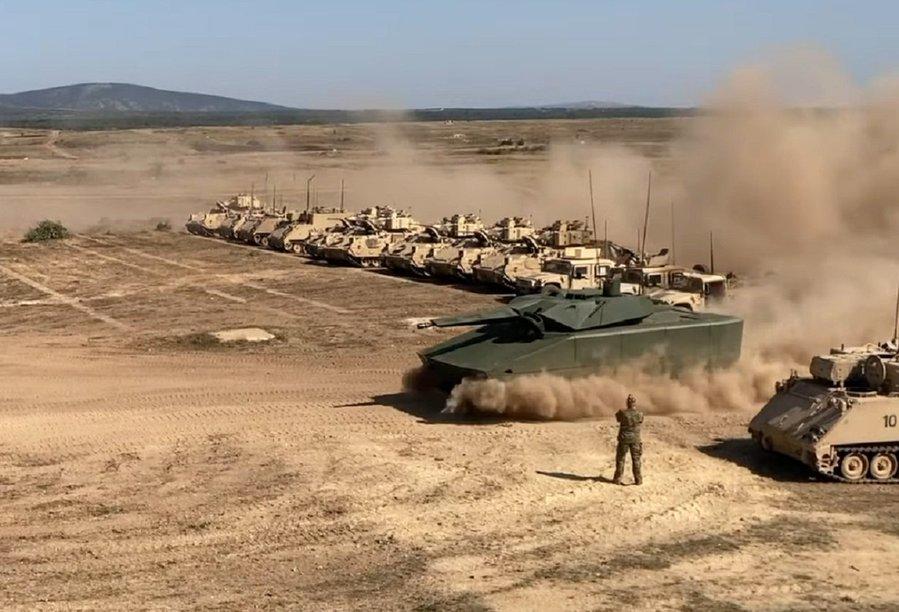 Lynx will be Americanized for the Army’s Next-Generation Optionally Manned Fighting Vehicle, called OMFV. Brad Barnard, director of OMFV at Raytheon Missiles & Defense, was quoted in a Raytheon press release as saying the Lynx was “designed specifically for the battlefield of the future.”

Raytheon said the new tank would be outfitted with “advanced technologies such as a counter-unmanned aircraft system, anti-tank weaponry, active protection system and a sighting system that can see through smoke, rain, snow, and fog beyond enemy range.”

“The vehicle will be faster, smarter, more agile, and more survivable than the Bradley Fighting Vehicle that I worked with,” said Pat McCormack, a former Bradley master gunner for the Army and now an employee at Raytheon.

Lynx includes an invisible missile shield around the vehicle that destroys all chemical energy anti-tank threats and other threats before reaching the vehicle. We noted this new advanced defense shield in 2018, called the TROPHY Active Protection System, which at that time, was being installed on M1 Abrams main battle tanks.

Video: Watch The Lynx In Action

McCormack said the four-decade-old Bradleys would have trouble against new emerging threats on the modern battlefield. He noted with Lynx, the tank “employ revolutionary capabilities” that makes it one step ahead of the enemy.

Not too long ago, Textron Systems, via its subsidiary Howe & Howe, released a statement saying it was set to deliver robot tanks to the Army.

Fundamentals Do Matter… In Europe

Escobar: ‘Westlessness’ As A Cover For US Vs. China