Time For A Real Change At The FBI

Time For A Real Change At The FBI

Authored by Marc Ruskin via The Epoch Times,

Anyone harboring doubts as to the merely cosmetic changes made in leadership at the FBI can now put those doubts to rest. President Donald Trump received some poor advice when he came to select white-shoe attorney Chris Wray to replace James Comey as FBI director. 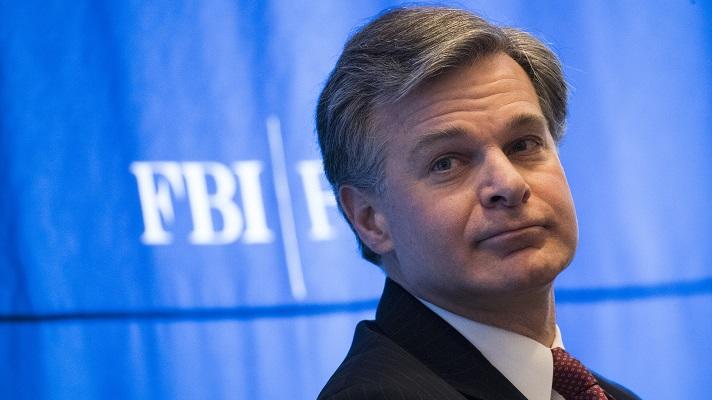 An examination of Wray’s Sept. 17 testimony before the House Homeland Security Committee causes the jaw to drop in disbelief, even for grizzled veteran FBI agents inured to the bureau’s descent into the realm of a politicized instrument of the executive branch. Much of the testimony consisted of conclusory statements that appeared to reflect Democrat talking points, rather than independent determinations based on articulated facts.

He categorized Russian intermeddling with the U.S. elections as the primary global menace, taking a position contrary to that of his boss, Attorney General William Barr, who stated publicly on CNN, when interviewed by Wolf Blitzer on Sept. 2, that China poses the greater threat to the legitimacy of the election.

When queried as to whether Russia’s efforts favored either side, Wray stated that the Russian covert tactics sought to “denigrate Biden.”

Wray’s unsupported statements regarding whom the Russians would prefer to see win the election shouldn’t be taken at face value. Traditionally, the Russians have sought to wreak havoc among all candidates and parties. Wray should be pressed to present the evidence supporting his statements, particularly as they appear absurd on their face, and contrary to the reasonable best interest of the Russians, who would stand to benefit from a weak president, one who has demonstrated a softness on economic sanctions while serving as vice president.

Curiously, on the subject of domestic terrorism, the director stated that “we look at Antifa as more of an ideology or movement than an organization.” The implication that they are mutually exclusive is left unexplained. More significantly, this more benign assessment of Antifa by the FBI would inevitably color the nature and scope of investigations into this non-organization, this ideology that dons uniforms, provides training in tactics, stockpiles weapons prior to riots, and is sufficiently well-funded to pay travel and subsistence to its operatives.

Wray went on to say that the single largest category of domestic terrorism is that arising from white supremacist organizations.

Again, he should be required to present the statistics, as notably the greatest degree of urban violence over the past several months hasn’t been the result of rioting by the Aryan Nations or the Ku Klux Klan. Not surprisingly, Democrat politicians, most notably Sen. Chuck Schumer (D-N.Y.), and television commentators such as Fox’s Juan Williams, have picked up on the self-serving talking points provided by Wray, and are parroting back his conclusions, predictably expanding upon them by attributing the results to the entire FBI, rather than as the personal opinions of the director, which they appear to reflect.

Misleading statements by Wray found themselves serving the Democratic Party cause in the first presidential debate on Oct. 29, not only with respect to the statements concerning white supremacist organizations, but additionally with regard to the controversy between absentee ballots and mail-in ballots.

Despite the numerous ongoing FBI investigations into voter fraud arising from the use of mail-in ballots, Wray stated (as reported by The Washington Post’s Devlin Barrett) in testimony before the Senate Homeland Security Committee on Sept. 24 that “we have not seen historically any kind of coordinated national voter fraud effort in a major election, whether it’s by mail or otherwise.”

Presumably, Wray’s perception of history doesn’t reach back to the Kennedy–Nixon election of 1960 and allegations of major voter fraud in then-Mayor Richard Daly’s Chicago.

Regardless, the director’s statement is devoid of significance, as mail-in ballots have never been utilized on the currently contemplated scale, nationwide, as a significant component of a closely contested presidential election.

What “we have seen historically” is of no consequence. What we may see—next month—is of historic significance, and warrants significant attention and the commitment of major resources by the FBI, under whose jurisdiction falls the safeguarding of free and fair elections.

Behind the opaque curtains of the FBI, there exists two distinct cultures:

Fortunately, field office management remains committed to addressing immediate law enforcement needs at the local level, filling the gaps left by local politicians, governors, mayors, and prosecutors who have redirected their energies in response to politicized calls for defunding and “reforming” the police.

The New York FBI, assisted by federal prosecutors, has responded by assuming jurisdiction when appropriate. Violent felons, arrested by NYPD/FBI investigators, and anticipating revolving door justice and a rapid release, are stunned to find themselves in federal court, facing substantial prison terms while awaiting trial at federal facilities. The Field has not, must not, and will not fail the American people.

For this, a strong, independent, and neutral director is a sine qua non.

One can’t begin to imagine former Directors Louis Freeh and William Webster bending to the will of a political authority with regard to affecting the conduct and outcome of an FBI investigation. Then, a shift occurred—commencing under the stewardship of Robert Mueller and accelerating under Comey—toward malleability in the face of political pressure and a concomitant loss of independence and integrity for the institution itself.

The most significant issue that arises insofar as civil liberties are concerned, is what the future holds in store if the Biden-Harris ticket is elected. Just as the Obama administration had a compliant FBI under the direction of Comey, would a Biden administration have a compliant federal police under a President Biden?

And what would the consequences be to the republic, with no independent watchdog to reign in official corruption, as the reputation, independence, and integrity of the bureau were to continue a downward spiral?

Why Does The American Media Only Care About Dead Migrant Kids Under Trump?