The security services put an extraordinary amount of media priming effort into explaining why the alleged novichok attack on the Skripals had a delayed effect of several hours, and then failed to kill them. Excuses included that it was a cold day which slowed their metabolisms, that the chemical took a long time to penetrate their skins, that the gel containing the novichok inhibited its operation, that it was a deliberately non-fatal dose, that rain had diluted the novichok on the doorknob, that the Skripals were protected by gloves and possibly only came into contact in taking the gloves off, or that nerve agents are not very deadly and easily treated.

You can take your pick as to which of those convincingly explains why the Skripals apparently swanned round Salisbury for four hours after coming into contact with the novichok coated doorknob, well enough to both drink in a pub and eat a good Italian lunch, before both being instantaneously struck down and disabled at precisely the same time so neither could call for help, despite being different sexes, ages and weights. Just as the chief nurse of the British army happened to walk past.

So now let us fast forward to Alexei Navalny. Traces of “novichok” were allegedly found on a water bottle in his hotel room in Tomsk. That appears to eliminate the cold and the gloves. It also makes it possible he ingested some of the “novichok”. I can find no suggestion anywhere it was contained in a gel. So why was this deadly substance not deadly? 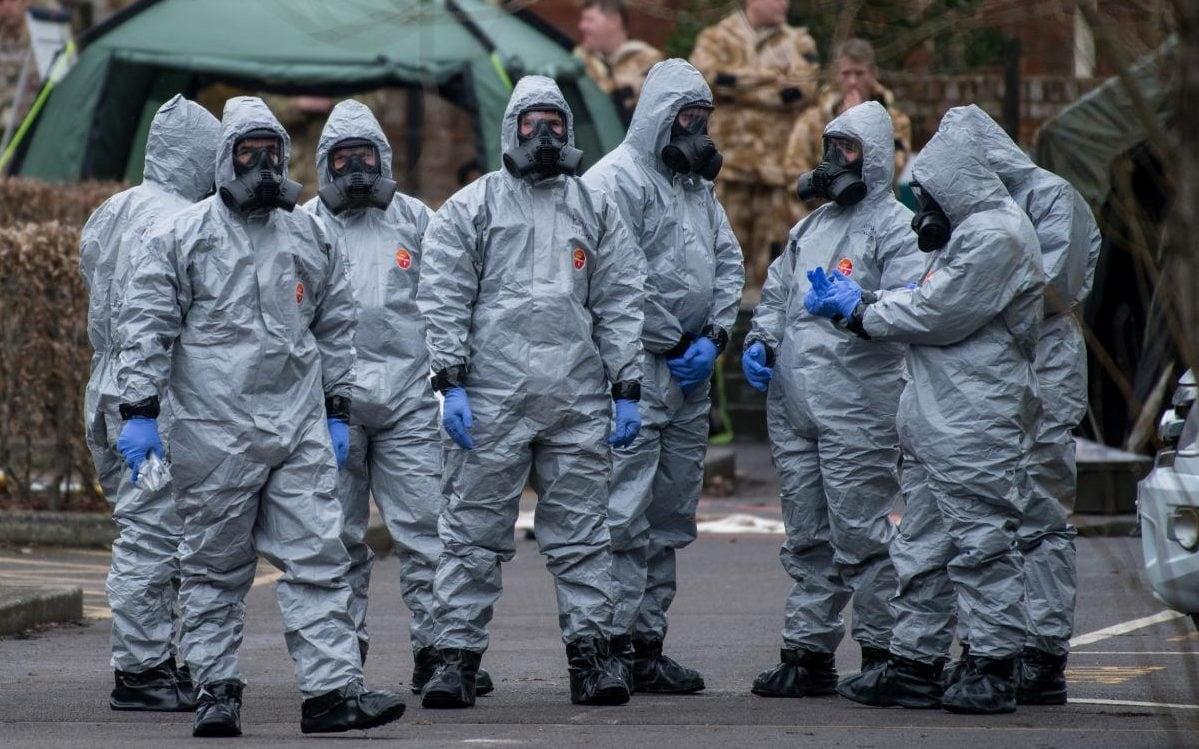 There seems no plain allegation of where Navalny came into contact with the “novichok”. Assuming he spent the night in his hotel room, then the very latest he can have come into contact with the deadly nerve agent would be shortly before he left the room, assuming he then subsequently touched the bottle before leaving. This is true whether the bottle was the source or he just touched it with novichok on his hands. After poisoning with this very deadly nerve agent – which Germany claims is “harder” than other examples, he then checked out of the hotel, went to the airport, checked in for his flight, had a cup of tea and boarded the flight, all before being taken ill. This after contact with a chemical weapon allegedly deadlier than this:

Which of course is aside from all the questions as to why the Russians would use again the poison that was ineffective against the Skripals, and why exactly the FSB would not have swept and cleaned up the hotel room after he had left. All that is even before we get to some of the questions I had already asked:

Further we are expected to believe that, the Russian state having poisoned Navalny, the Russian state then allowed the airplane he was traveling in, on a domestic flight, to divert to another airport, and make an emergency landing, so he could be rushed to hospital. If the Russian secret services had poisoned Navalny at the airport before takeoff as alleged, why would they not insist the plane stick to its original flight plan and let him die on the plane? They would have foreseen what would happen to the plane he was on.

Next we are supposed to believe that Putin, having poisoned Navalny with novichok, allowed him to be flown to Germany to be saved, making it certain the novichok would be discovered. And that Putin did this because he was worried Merkel was angry, not realising she might be still more angry when she discovered Putin had poisoned him with novichok

There are a whole stream of utterly unbelievable points there, every single one of which you have to believe to go along with the western narrative. Personally I do not buy a single one of them, but then I am a notorious Russophile traitor.

The eagerness of the Western political establishment to accept and amplify nonsensical Russophobia is very worrying. Fear is a powerful political tool, politicians need an enemy, and still more does the military-industrial complex that so successfully siphons off state money. Many fat livings depend on the notion that Russia poses a serious threat to us. The nonsense people are prepared to believe to maintain that fiction give a most unpleasant glimpse into the human psyche.

Unlike adversaries including the Integrity Initiative, the 77th Brigade, Bellingcat, the Atlantic Council and hundreds of other warmongering propaganda operations, Craig’s blog has no source of state, corporate or institutional finance whatsoever. It runs entirely on voluntary subscriptions from its readers – many of whom do not necessarily agree with the every article, but welcome the alternative voice, insider information and debate. Subscriptions to keep this blog going are gratefully received.

China’s Indo-Pacific Neighbors Stand Up To Its Hegemonic Ambitions

‘People Should Have the Fundamental Right To Change Their Consciousness’