Futures were hammered right off the start on Sunday evening amid what Bloomberg describes as “pessimism that a U.S. stimulus deal can be reached before the Nov. 3 election.” Which is great, only it’s dead wrong as the ridiculous “deal or no deal” narrative has been meaningless for weeks now and only 5-year-old Robinhooders still pretend it is a catalyst to asset prices. 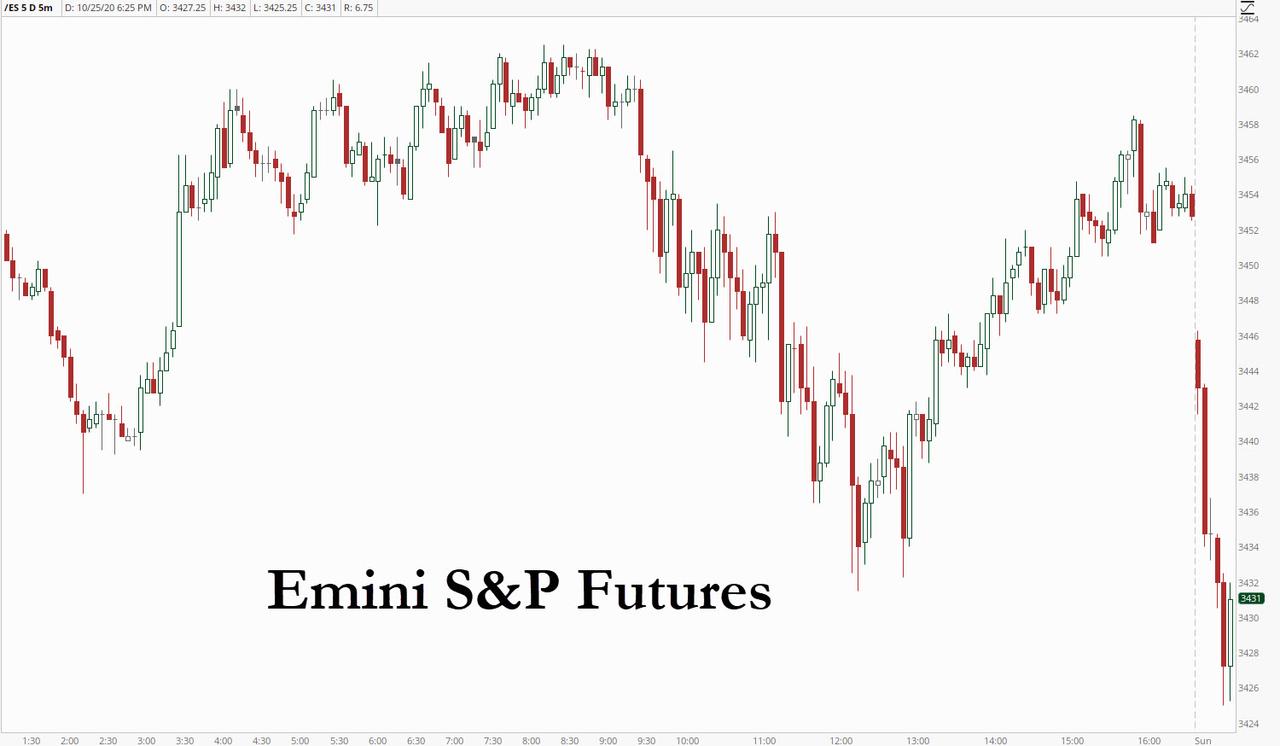 What has, however, changed is a dramatic shift in online polling sentiment regarding what until just days ago was a certainty that a “Blue Sweep” would take place.

As a reminder, it is the Blue Sweep – not just a Biden victory – that is instrumental for the reflation trade, or what BofA called the “Bullish Elevation” trade, as only unified governance will enable the continued CARES Act-style economic support that can return the US economy to the levels achieved at the end of 2019 (“a step-change to 3%+ GDP & higher productivity requires major new investments in R&D, capex, and a broader base of household demand; such policy shifts “require bold leadership and a governing majority, not tepid incrementalism”).

Well, for whatever reason – perhaps it is Trump gaining on Biden in key Battleground states, various analyses from Marko Kolanovic, or just plan “optimism fatigue” – the Predictit odds of a Democratic Sweep have slumped from 62 cents two weeks ago to just 51 cents currently, essentially a borderline call. 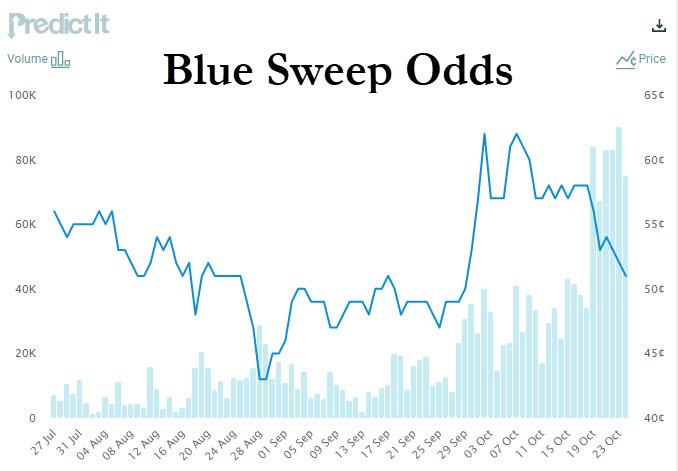 And since online odds still have a Biden victory as virtually assured, the reason for the slide in the chart above is the sudden surge in doubt that Democrats will wrest control of the Senate. Only without the Senate, the key anchor of the “stimulus” and “reflation” trades is gone. 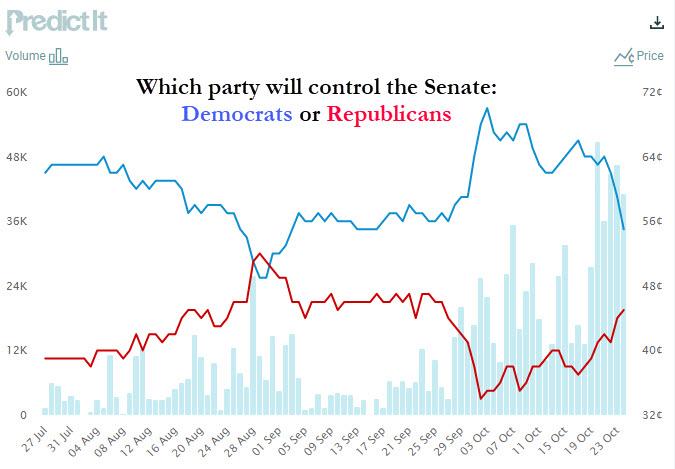 In fact, according to BofA the only scenario worse than a Trump presidency and a Democratic Congress (which results in Stagnation), is a Biden presidency and a GOP Senate, which would lead to Deflation. This is how the bank described this particular scenario:

If Republicans retains the Senate they are very likely to block further stimulus under a Democratic President, which BofA says would be bearish for economic growth, corporate profits and financial markets (but it would be bullish for more stimulus from the Fed). In any case, as BofA sarcastically puts it, “after $21tn of monetary & fiscal stimulus in 2020, $0 of follow-on support would be deflationary.”

Indeed, political parties historically have used obstructionist tactics when out of power to thwart key legislation, most often through the “rediscovery” of commitments to “fiscal discipline”. As an example, BofA cites the budget austerity during 2012-2015 as a major reason for the slow economic recovery.

Such a scenario would mean a deflationary reset, as “investors should prepare for lower returns and higher volatility. Raise cash and buy Treasuries, munis, and high-quality corporate bonds.” 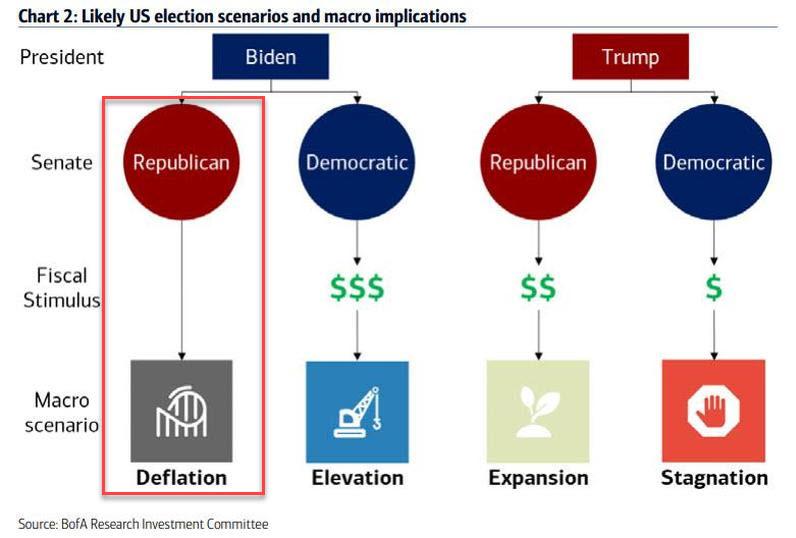 Meanwhile, as we discussed last week when we observed the latest record net short in 30Y futures across leveraged funds and speculators – which in the week ending Oct 20 turned even more record short – all that is needed for the mother of all bond short squeezes is a “deflationary” catalyst.

Republicans holdings on to the Senate would be just that catalyst, and with online odds suddenly suggesting that there are even odds that Democrats can not take the Senate going long the 30Y here could not only be the best hedge to a “shock” outcome on Nov 3, but make some trader’s career if on election night we learn that the GOP has held on to the senate.

Incidentally, this trade would work even if there is no clarity on the presidency for weeks, as the GOP has no chance of retaking the House, and so the real trigger that would crush the consensus trade is not what happens to the presidency but the Senate, and by implication, to the Blue Wave.  And as of right now, the odds of such a Wave happening are no better than a coin toss.