Our Bizarre Economy 2.0 Is A Spending Based Illusion

Our Bizarre Economy 2.0 Is A Spending Based Illusion

By Bruce Wilds of Advancing Time,

To say the economy we are seeing during 2020 is a bit bizarre is an understatement. Nobody predicted anything like we are seeing today. As money continues to be created out of thin air we are witnessing bailouts and crony capitalism on full display. Another factor playing into this circus is both Presidential candidates are engaged in a full-court press to buy the votes of Americans. This has resulted in a stock market rally based on the idea that more stimulus is just around the corner. Those interested in getting a handle on what is really happening should keep front and center a few facts that might help them better understand just how whacked out and bizarre things have become. 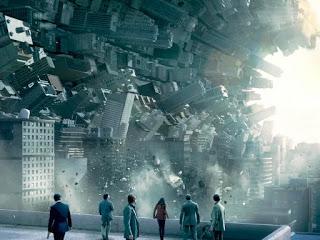 Every trillion dollars the Federal Reserve and American Government injects into the economy adds a massive $3,333 per man woman and child in America. Recently aid packages from Washington alone have put about three times that into the mix. The whopping ten thousand dollar bang dished out for each of us was bound to move the economic needle. Adding to this distortion is how it has enabled countries throughout the world to enact similar stimulus packages without lowering the value of their currencies in relation to the dollar.

The true state of the economy has been papered over by the injection of trillions of dollars of freshly created money being injected into the mix. This has resulted in a liquidity bubble that masks reality and perpetuated several myths that are destined to come back and bite us. The assumption that unlimited monetization is sustainable and cost-free has never been proven to be the case. Today those promoting it as a solution to our problems claim are assuming that soaring public debt is no problem so long as interest rates are ultra-low and have been assured by central banks across the world this will be the case going forward.

Adding to the bizarre nature of this economy is that this is the first recession where incomes have gone up rather than down and we have even seen the net worth of many individuals take a huge leap. this has added to the idea that the current situation is sustainable or will lead to a real recovery. The data we are fed each day is very skewed. An example can be seen in the GDP which in the third quarter is expected to increase by as much as 30% from the previous quarter. This is of course due to the stock market and economy directly responded to the fiscal and monetary stimulus we have seen. To clarify, GDP growth in the second quarter was the worst ever recorded at -31.4%. Assuming we are getting back most of that loss by spending trillions of dollars is not a victory.

When you consider how abnormal things are and how many sectors of the economy lay in ruin it is crazy to say all is well. Many people have already factored in a second CARES Act in the range of $2 trillion will be passed sometime in the fourth quarter, this would represent about a 25% increase in Government spending over the third quarter. History shows that as Government spending grows sequentially larger, each additional round of spending will have less impact.

This is where we get into the area of diminishing returns and how many dollars are required to generate $1 of economic growth. More debt is not the key to stronger rates of economic growth or prosperity and this is why debt-supported fiscal and monetary programs fail. In the last four decades debt has soared and governments have diverted tax dollars away from productive investments into the service of debt and social welfare. Factor in all the money squandered on unending wars and you see a large number of wasted opportunities to set our financial house in order.

Trade is another area where we have masked our pain, for years we have had a rocketing trade deficit and seen jobs off-shored in an effort to lower corporate cost. While this has kept inflation in check by reducing the cost of many consumer goods, it has also resulted in much of America’s wealth being squandered while strengthening our rivals. This dovetails with the growth of “crony capitalism” an economic system in which businesses thrive not as a result of risk, but rather as a return on money amassed through a nexus between a business class and the political class.

The weakness in our economy is evident when we look at the total hours worked. It is clear we have not bounced back but even this does not give a clear picture of how far much productivity has recently fallen. Covid-19 has made many workplaces far less efficient as employees placed behind plastic shields dink around with masks, sanitizing, and constantly washing their hands. The chart to the right recently appeared in a piece by David Stockman in which he states, the Opportunity Insights Economic Tracker shows that nearly 25% of small businesses in operation last January have still not re-opened and there has been little improvement in the trend since July 4th.

It appears that sales gains will be harder to come by in the upcoming months, especially after the end of generous federal aid for the unemployed and businesses struggling to survive. Retail sales are a big part of consumer spending and typically increase when the economy improves. What people buy, where they get the money, and how they pay for their purchases is a big deal and a big issue when it comes to measuring the health of the economy.

This all means that how strong the economy appears is often based on how you value its different facets. It is hard to deny that traditional book value makes sense in an economy composed of factories, farms, and shopping malls. What we must question is the value of things like intangibles like patents, licensing agreements, proprietary data, brand value, and network effects. We have seen the total value of corporate intangibles has risen to over $20 trillion from just 17% in 1975, these assets now represent a record 84% of all S&P assets.

It is easy to argue the Federal Reserve is now caught in a “liquidity trap.” If interest rates do not remain low debt can not continue to grow but will implode as defaults soar causing the economy to stall out. One of the most striking aspects of our current situation is the Central Banks’ only remaining policy tool is more liquidity and claiming there is little risk of inflation. This is evident as day after day countries step up to the plate and reveal new stimulus plans. The problem is, cheap money tends to increase speculation and leverage as people discount risk, this also has the effect of elevating prices. This does not mean we have reached the end of this madness but it cannot go on without consequences.

A big issue is the CBO’s prediction long-term economic growth is set to fall below 2%. This compares to an inflation-adjusted economic linear growth trend of 3.2% from 1947 to 2008. Following the 2008 recession, the growth rate dropped to roughly 2.2%.  This is problematic because instead of reducing outstanding debt problems, the Federal Reserve is providing policies that foster even greater levels of unproductive debt and leverage. These policies are also widening the wealth gap, increasing dependency of individuals on the government, and moving society towards socialism.

Many seasoned investors see we have entered the area of  “peak insanity” and are in the kind of market that only emerges during credit bubbles. Thinking economic strength will flow from giving more money to small businesses that might otherwise lay-off redundant employees is just ridiculous and does little to keep these companies strong. We should not assume that “moral hazard” is simply an old fashioned theory that has outlived its usefulness. The potential to enter a self-fueling doom loop still exists. Confusing the economic stimulus and humanitarian social safety nets aimed at helping needy workers is not the same thing and as bailing out reckless companies and allowing them to muddle along. One lesson we have learned this year is we should not expect things to revert to normal anytime soon.

Brickbat: That Was Then, This Is Now