Will They Really Get Away With It?

Will They Really Get Away With It?

Authored by Chris Farrell via The Gatestone Institute,

Obama administration officials committed crimes against the constitution. They engaged in a seditious conspiracy to overthrow the government of the United States. 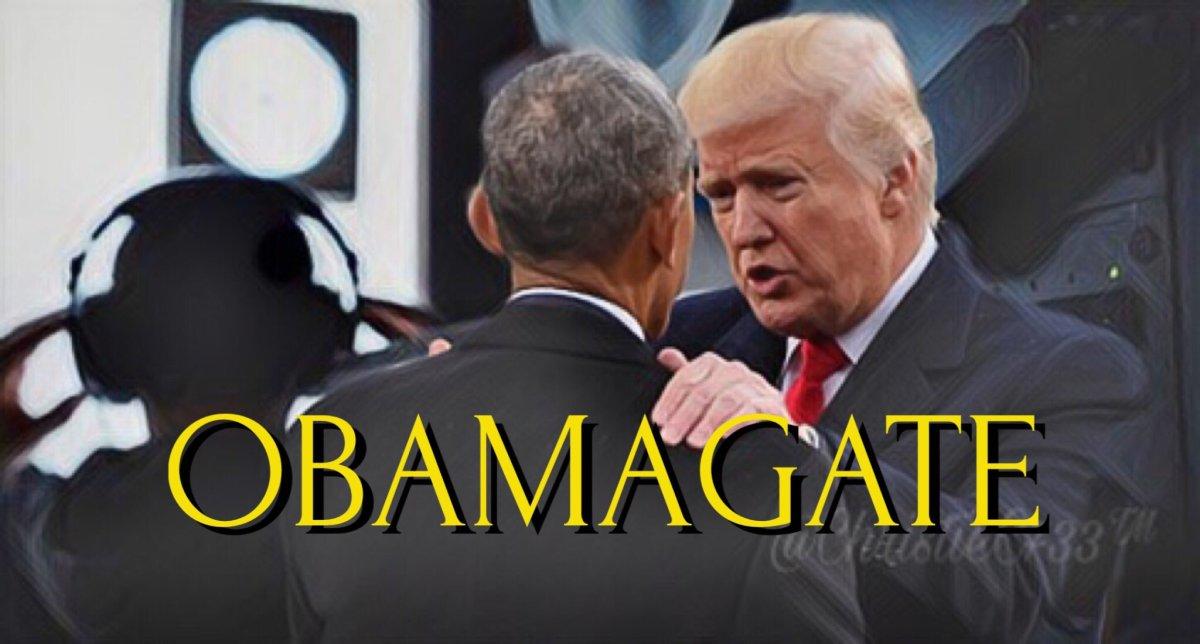 Will they really get away with it?

“Obamagate,” or the “Russia Hoax” is a political and criminal scandal exponentially more serious and damaging to the constitution. Like the Richter Scale measurements of earthquakes, Obamagate can be measured in “orders of magnitude” greater seriousness than the third-rate burglary. Obamagate is the First American Coup. Not from the militaristic right, as fantasized by liberal Hollywood. Oh, no – from the “fundamental transformation” artists of the Bolshevik Left.

Writing in the New York Post on October 24, 2020, columnist Michael Goodwin listed his reasons for voting for Donald Trump, again. His reasoning included:

“The other side must not be rewarded for its efforts to sabotage and remove a duly-elected president.

“Russia, Russia, Russia was a scam that ruined lives and put a cloud over the White House for nearly three years. The sequel was partisan impeachment, a clumsy coup attempt orchestrated by Speaker Nancy Pelosi and Trump haters in Congress, the deep state, and the media.

“The press corps’ bias of 2016 has morphed into full-blown partisanship on a daily basis at print, digital and broadcast outlets. Facebook, Twitter and other platforms openly use their power to censor pro-Trump news and opinion while promoting anything that makes the president look bad.

“It’s not the algorithms; it’s the people behind them.

“Their decision to block The Post’s groundbreaking reports on Hunter Biden’s business deals and Joe Biden’s involvement should scare anyone who treasures the First Amendment. To censors, Orwell’s nightmare is their dream.

“All fairness has been abandoned in a frenzy to destroy Trump and everything he represents. This culture war extends backward, too.”

This is all very important stuff. It is still defective in one key area: it ignores (largely) the crime. The details of the criminal seditious conspiracy to overthrow the government of the United States.

How are we still missing this?

The (awesome and formidable) law enforcement and intelligence powers of the United States were perversely twisted and abused to advance a partisan political agenda by the sitting president (Barack Obama); his paid political operatives; and officers, agents and employees of the United States Government against Candidate Trump, President-elect Trump and President Trump.

There are handy references to keep track of the cast of characters involved in the coup plot. The Epoch Times has a resource, as does the Capital Research Center. One hopes John Durham has a reference, file or graphic that is something close to those analytical pieces. He seems to need some sort of help, since he apparently is unable to move past the anemic, pathetic Clinesmith indictment.

Seasoned investigators and attorneys can take the publicly available records and assemble sufficient facts, documentation and evidence to meet the legal threshold (“probable cause”) for successfully presenting a bill of indictment to a grand jury.

Why is there reluctance today? How is it that Attorney General William Barr and John Durham are consumed with prosecutorial ennui when the crimes and cover-ups are so painfully obvious? One is left to conclude that it really all comes down to political will. Do Barr and/or Durham have the stomach to seek the indictment of people like James Comey, John Brennan, Andy McCabe and (many) others?

Granted, Lindsey Graham is certainly no Sam Ervin; and Richard Burr abdicated the running of the Senate Intelligence Committee to Mark Warner years ago – but AG Barr and Prosecutor Durham do not need committees of Congress for “cover” to pursue the criminality of the Obama administration and their operatives in the Department of Justice, FBI, CIA and State Department.

Debt Is The Hidden Issue In The European Elections