Filmmaker and political pundit Michael Moore – who correctly called Trump’s win in 2016 (and accidentally made a bitchin’ Trump ad) – is warning Democrats not to believe polls suggesting Biden has a giant lead. In fact, it may be within the margin of error.

“I need to remind people that the poll back in July said at that point that Biden was ahead in Michigan by 16 points. Trump has cut that in half. Trump has tightened virtually every one of these swing states…” Moore told The Hill – noting what we’ve been highlighting for months – namely that many Trump supporters are unwilling to tell pollsters their true political affiliation. 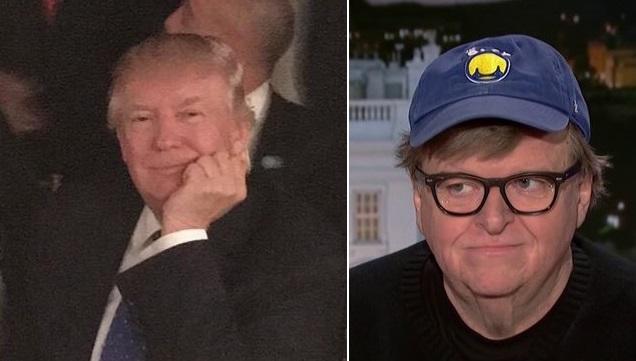 “Don’t believe these polls, first of all. And second of all, the Trump vote has always been under-counted,” said Moore. “Pollsters, when they actually call a real Trump voter, the Trump voter is very suspicious of the deep-state calling them and asking them who they’re voting for…

…It is not an accurate count. I think the safe thing to do… whatever they’re saying the Biden lead is, cut it in half – and now you’re within the 4-point margin of error. That’s how close this is.”

Moore also noted that Trump has been strategically campaigning in 2016 Hillary territory in Michigan: “10 days ago when Trump had the big rally in Muskegon, Michigan – Muskegon County, over on the west side of the state on Lake Michigan – only two counties voted for Hillary on the west side of Michigan in 2016,” said Moore. “Muskegon County was one of them. Trump chose not to go to a Trump county, because he won the state, he went to a Hillary county and had thousands of people there.“

Moore’s concerns aren’t unfounded. As The Hill notes, while most pollsters show Biden with a ‘sturdy and stable lead’ over Trump, ‘a handful of contrarian pollsters believe Trump’s support is underrepresented and that election analysts could be headed for another embarrassing miss on Election Day.”

The Trafalgar Group, which was the only nonpartisan outlet in 2016 to find Trump leading in Michigan and Pennsylvania on Election Day, shows Trump with small leads in both states, which would be keys to another Trump win in the Electoral College. Nearly every other pollster shows Biden with a comfortable lead.

Trafalgar’s Robert Cahaly says there is a hidden Trump vote that is not being accounted for in polls that show Biden on a glide path to the White House. –The Hill

“There are more [shy Trump voters] than last time and it’s not even a contest,” said Trafalgar’s Cahaly, who says it’s “quite possible” that the polling industry is headed for a catastrophic miss in 2020.

Trafalgar is joined by a handful of other contrarian pollsters, such as Jim Lee of Susquehanna Polling and Research – which finds Trump and Biden tied in Wisconsin (the only other poll not showing Biden in the lead in the Badger State). In Florida, Susquehanna shows Trump leading Biden by four points.

“There are a lot of voters out there that don’t want to admit they are voting for a guy that has been called a racist. That submerged Trump factor is very real,” said Lee. “We have been able to capture it and I’m really disappointed others have not.”

Are we headed for a repeat?