We have been discussing the continuing blackout on the Hunter Biden story, even as reports have surfaced that the FBI not only rejected claims that the story was “Russian disinformation” but confirmed that it has an ongoing investigation into possible money laundering. Now, NBC has finally responded with an expose into allegations against the Biden. However, the article entitled “How a fake persona laid the groundwork for a Hunter Biden conspiracy deluge,” does not deal with the laptop or its content. It instead focuses on an obscure document that no one has covered or discussed.

[ZH: while we agree with Turley’s perspective that this is a blatant distraction from the actual content of the laptop, we disagree that the Typhoon report is ‘unrelated’ and ‘obscure’ since all the points made by the report are completely backed by actual data, making the author irrelevant even as he has effectively done the media’s homework for them.]

The value for the Bidens was simply the headline, which was immediately used to warn people not to follow up on the Biden story as Chinese disinformation. 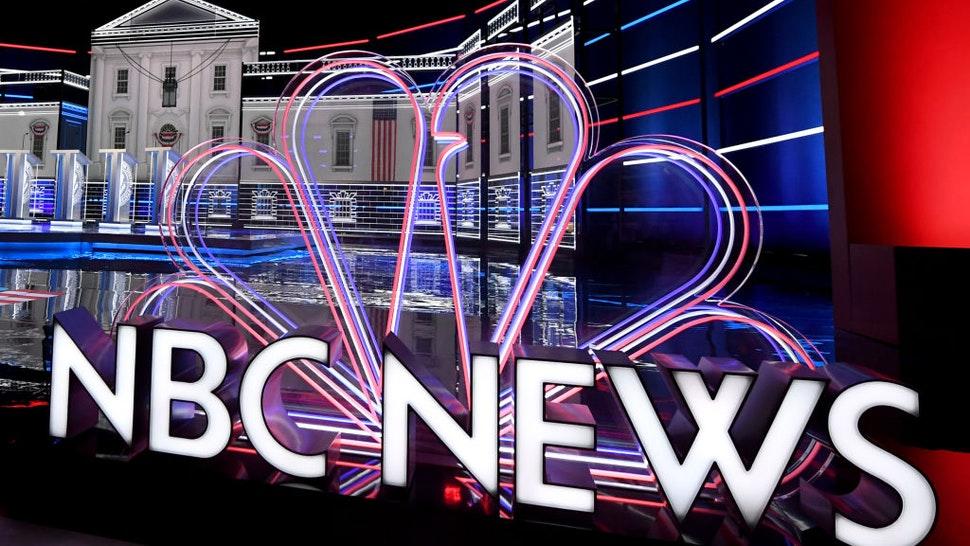 The NBC is breathtaking in its careful avoidance of the real story and its apparent duplicity in seeking to shield the Bidens from any inquiry before the election.

There is something incredibly insidious in this story. The media has allowed itself to be boxed in by the Biden campaign. Reporters willingly bought into the narrative that there is no real story to pursue over the laptop.  The longer they have ignored the story; the more difficult it is to admit that there are real issues raised by these disclosures. Reporters simply cannot walk back from the dismissal of a story even as it grows daily with new disclosures. The only recourse is to discredit another story and another source.

The emails on the laptop have now been verified by various sources and those emails support allegations of an influence peddling scheme by Hunter Biden and James Biden, the brother of Vice President Joe Biden. Yet, the media has maintained a tight protective cocoon around Biden protecting him from any questions, even after a former business associate Tony Bobulinski directly accused Biden of lying in his denial of past knowledge or involvement in the dealings.  President Trump’s re-election campaign Thursday accused NBC News of “actively running interference” for Democratic nominee Joe Biden and his son Hunter via a widely ridiculed report that critics feel was designed to dupe voters into thinking recent allegations that are harmful to the former vice president are simply part of a conspiracy.

That is why the NBC News story is so unsettling. Rather than ask a simply question of the Bidens about the laptop (like is this Hunter’s laptop and emails), NBC went to extraordinary lengths to find another document to discredit. It focused on a 64-page document with “questionable authorship and anonymous sourcing” that it claims as a source by “far-right influencers” to “baselessly accuse candidate Joe Biden of being beholden to the Chinese government.”  What is equally concerning is that the story makes reference to the laptop story and the Bobulinski allegations but does nothing to verify or address those allegations. It spends considerable time and resources addressing what it says is a complete fabrication in this document while steadfastly refusing to address verified emails discussing influence peddling by the Biden family and direct references to Joe Biden.

The House Foreign Affair Committee immediately jumped on the story to discourage people from looking into the Hunter Biden scandal despite the fact that it does not address the allegations and evidence in the scandal.

Read this thread to find out why… 1/https://t.co/QwQFe6uaCI

I will say it again. These emails are not proof of criminal conduct.  There are a lot of unanswered questions on these sources and emails. However, this is a major story either way. It is either disinformation (with criminal acts committed in lying to the FBI and Congress) or it is evidence of potential crimes and clear influence peddling by the Biden family. On its face, Joe Biden’s past denials of knowledge or involvement have been contradicted by a witness who has repeated those allegations to the FBI at his own legal peril. That is why the media blackout makes no sense. You can probe the specific allegations which now involve detailed dates, locations, and individuals — exposing lies on either or both sides. That is what the media normally does when the possible next president has been tied to possible influence peddling, suspicious foreign contracts, and direct alleged contradictions.

I have no reason to question the veracity of the NBC story, just its relevancy.  Rather than find some unknown, obscure document to debunk, NBC could start with simply asking Biden for a specific response to allegations of meetings and discussions about these foreign dealings.  Otherwise, the most relevant post-election article could be “How an evasive press report laid the groundwork for a Hunter Biden conspiracy denial.”

What’s Next: “Italeave” Or A European Union Crack-Up?

An Equality Worth Defending