A recent paper titled “Are Drone Swarms Weapons of Mass Destructions?,” argues such attacks like those mentioned above could be viewed as “weapons of mass destruction.”

For example, a massive swarm of drones blew up oil production facilities in Saudi Arabia in 2019. As we recently noted, another incident was unearthed via Freedom of Information Act documents that showed mysterious drone swarms had breached airspace over America’s largest nuclear power plant last year.

The question readers should be asking: Where are the layered defense systems that protect these high-value assets?

Well, we might have found one that combats and could completely neutralize a small drone attack.

Defense firm Savage Corp. has developed the SAVAGE missile (Smart Anti-Vehicle Aerial Guided Engagement), a low-cost smart weapon designed with a solid-fuel propellant rocket motor, able to travel around Mach 1, with an effective range of 3 miles, uses thrust-vectoring engines with artificial intelligence to knock small, fast-moving targets out if the sky, like drones.

Forbes said, “the most expensive part of any missile is the guidance system, and this is where SAVAGE is revolutionary.”

Verini said SAVAGE uses a high-tech sensor to detect flying objects in day or night conditions. He said an infrared sensor is an additional option for clients that want to combat drone attacks at night. The warhead on the drone killing missile is “hit-to-kill,” meaning it uses kinetic energy to destroy enemy targets.

“We prefer the kinetic impact approach — one missile, one drone — but a potential customer is interested in an explosive payload option for taking down several drones in a ‘swarm’ with one missile,” said Verini.

Launcher concepts on Savage Corp.’s website show the missile can be launched from a shoulder-fired launcher, a vehicle-mounted launch that can hold 64 SAVAGE rounds, and also an aerial launcher from a warplane. 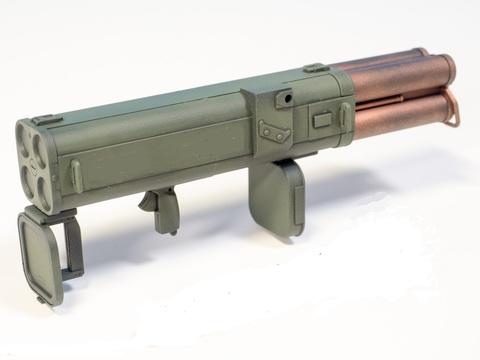 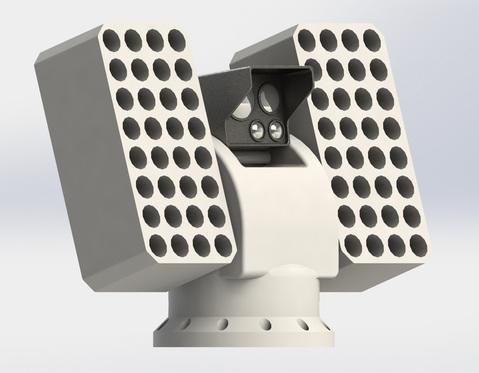 SAVAGE missiles aren’t a stand-alone system at defending high-value targets. Verini said, “launchers can be integrated with any long-range radar surveillance system, which would cue the launcher to the presence, range, and direction of threats.”

He said defense industry partners and military customers have inquired about the missiles:

“We are working with the DoD and several U.S. companies to get to a finished product,” said Verini.

With drone threats fast emerging and already a couple of notable incidents, it’s only a matter of time before weaponized drone swarms disrupt our way of life via an attack that could be classified as a WMD.

Here Are The 3 Things That Can Blow Up Goldman’s Euphoric 4,300 S&P Price Target