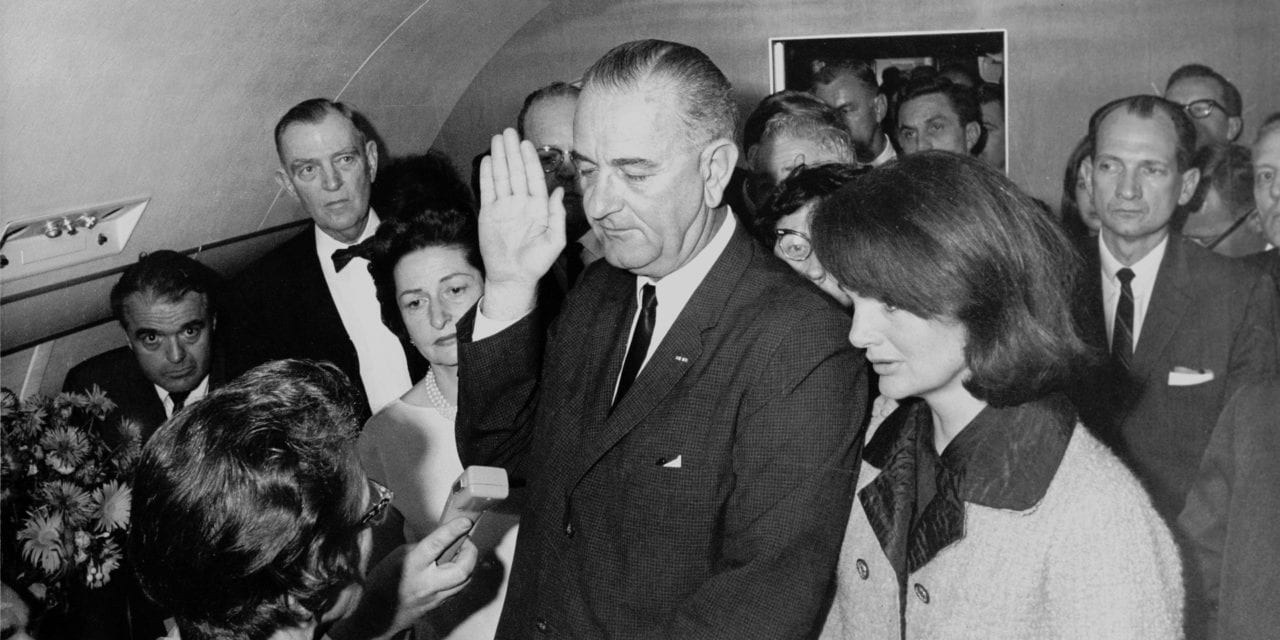 The mainstream pro-Biden media is poking fun at Donald Trump’s suggestion that there could be fraud involved in the post-election receipt of mail-in ballots. Apparently they’re not familiar with the election-theft case of Lyndon Johnson, who would go on to become president of the United States.

The entire matter is detailed in Robert Caro’s second book in his biographical series on Johnson. The book is entitled Means of Ascent.

Johnson election theft took place in 1948, when he was running for the Democratic nomination for U.S. Senate against Texas Governor Coke Stevenson, one of the most admired and respected governors in the history of the state.

In the primary election, Stevenson led Johnson by 70,000 votes, but because he didn’t have a majority of the votes, he was forced into a run-off. The run-off was held on a Saturday. On the Sunday morning after the run-off, Stevenson was leading by 854 votes.

As a New York Times review of Caro’s account stated, the day after the run-off election it was “discovered” that the returns of a particular county had not yet been counted. The newly discovered votes were overwhelmingly in favor of Johnson. Then, on Monday more returns came in from the Rio Grande Valley.

Nonetheless, on Tuesday, the State Election Bureau announced that Stevenson had won by 349 votes. Nothing changed on Wednesday and Thursday after the election. On Friday, precincts in the Rio Grande Valley made “corrections” to their tallies, which narrowed Stevenson’s lead to 157.

But also on Friday, Jim Wells County, which was governed as a personal fiefdom by a powerful South Texas rancher named George Parr, filed “amended” returns for what has become famous as “Box 13” that gave Johnson another 200 votes. When all was said and done, Johnson had “won” the election by 87 votes.

It was later discovered that one of Parr’s men had changed the total tally for Johnson from 765 to 965 by simply curling the 7 into a 9.

Where did the extra 200 votes come from? The last 202 names on on the election roll in Box 13 were in a different color ink from the rest of the names, the names were in alphabetical order, and they were all in the same handwriting. When Caro was researching his book, he secured a statement from Luis Salas, an election judge in Jim Wells County, who acknowledged the fraud and confessing his role in it.

As the Washington Post reported, to investigate what obviously appeared quite suspicious Stevenson employed the assistance of Frank Hamer, the Texas Ranger who had trapped and killed Bonnie and Clyde. It was to no avail. Johnson got a friendly state judge to issue an injunction preserving the status quo, after which the Democratic executive committee, by one vote, declared Johnson to be the winner.

Stevenson took the matter to federal court but the Supreme Court punted, declaring that it had no right to interfere with a state election.

So, Lyndon Johnson stole the election and ended up going to Washington as Texas’ U.S. Senator. Ironically, if Stevenson had become the state’s senator instead, Johnson would never have been selected to be John Kennedy’s vice-presidential running mate and, consequently, would never have been president.

No wonder Donald Trump is worried about those Democrats!

Cop Arrested for Filming Himself Urinate on 12yo Girl at Bus Stop, Attempting to Kidnap Her

Bezos Launching Into Space Will Probably Make Your Life Better Too