America’s Recline And Flail Goes On

America’s Recline And Flail Goes On

Authored by MN Gordon via EconomicPrism.com,

Ok, so, when your pally is a doorstep
Step over him and coat
When your mommy is a French press
In a café called no hope
Your belly aches
On benches where buses never go
Now tally up the misprints
And tell them told you so

– Tell Them Told You So, by Swingin’ Utters

The Worst Job In The World

Nothing’s shocking in 2020.  Not lockdowns.  Not pandemic hysteria.  And certainly not election chaos.  To the latter, it was expected all along.

At the time of this writing, and perhaps with the aid of fraud, it appears Kamala Harris will be the next President of the United States.  Here we’ll pause to offer a word of congratulations.  Well done, Ms. Harris.  You’ve just signed up for the worst job in the world.

No doubt, the rewards of being President, these days, are few and far between.  Just ask President Trump.  The work hours are terrible, the pay is far less than that of a corporate CEO, and you’re endlessly surrounded by shabby politicians.

They laugh at all your dull jokes.  They tell you what you want to hear.  They expect to be rewarded with cushy Cabinet positions because they stumped for you in Cleveland or some other mistake of a place.

What’s more, the hand towels aboard Air Force One have the shoddy over washed roughness of those at a turnpike Motel 6.  With the exception of being a flatus odor judge, we can’t think of a smellier job than being President of the United States.  Can you?

There’s little privacy.  Newsrooms across the planet psychoanalyze your every facial expression; many conclude you’re mentally ill.  You can hardly wander the halls of your own home in your bathrobe – during night hours no less – without it making front page news.

Our advice to Harris: Quit while you’re ahead. 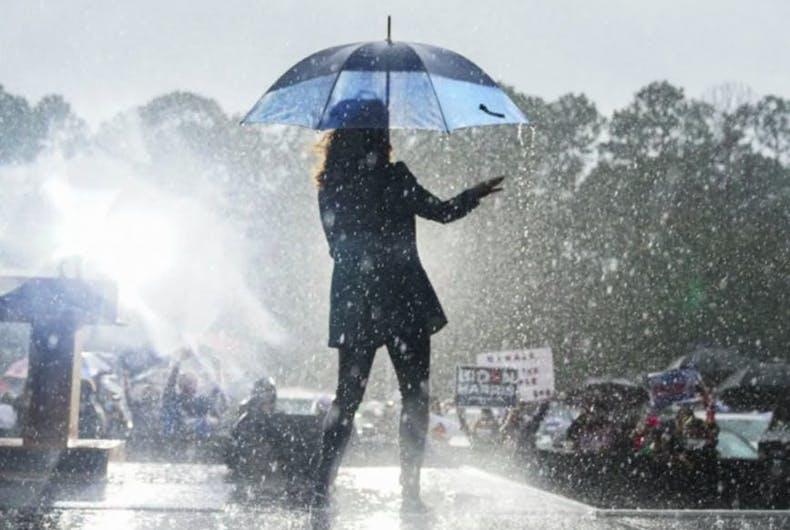 By all honest measures, Harris doesn’t stand a chance.  The debt bomb ticking in Washington is past due.  No President can diffuse it.  No President even bothers trying.

Congress hasn’t truly balanced the budget for over 50 years.  Day after day, year after year, Washington spends more than it takes in via tax receipts.  Public debt makes up the difference.  The situation is beyond reconciliation.

The national debt in 1971, the year Nixon closed the gold window, was $398 billion.  By comparison, the deficit for 2020 alone was $3.1 trillion.  Add up the yearly deficits, and the national debt now stands at $27.2 trillion.  Add on all the unfunded liabilities promised by politicians over the years, including social security and Medicare Parts A, B, and D, and we’re facing a debt burden of $155.3 trillion.

For many decades, annual budget deficits were financed by American and foreign investors via purchases of U.S. Treasury notes.  These days, as the empire reclines and flails, the Federal Reserve is the big buyer of Treasuries…using new credit that’s created from thin air.  These coordinated fiscal and monetary policies by the U.S. Treasury and the Fed deliver limitless government.

Senate Majority Leader Mitch McConnell, upon winning reelection for a seventh six-year term, said his top priority is passing a new economic stimulus bill before the end of the year.  He even wants the package to include bailouts for state and local governments.  A new stimulus bill would all but assure the 2021 budget deficit’s over $2 trillion.  The $2 trillion deficit, of course, would be financed by the Fed’s fake money.

On Wednesday, Wall Street celebrated these fake money prospects by running the Dow Jones Industrial Average (DJIA) up over 367 points.  On Thursday, they bid the DJIA up another 542 points.  What to make of it?

America’s Recline and Flail Goes On

By and large, the tests facing America’s economy have little to do with markets and everything to do with central government.  Over the last 50 years, as the Fed and the Treasury colluded to rig the financial system in totality, wealth has become ever more concentrated in fewer and fewer insider hands.  The effect over the decade long expansion that ran from Q2 2009 to Q2 2020 has been a disparity that’s so magnified few can ignore it.

This trend will be further intensified by the current depression, which most economists won’t acknowledge is already in full swing.  Bitterness and contempt for wealthy insiders is much higher than it was during prior business cycles.  Without question, this bitterness and contempt will increase to a fever pitch as the nirvana of stimulus is revealed to be a hallucination.

Discontent throughout the broad population will take a financial crash and an economic collapse, and transform it into a complete societal breakdown.  Then the central government will fail the test of its making.

Rather than employing small government and sound money solutions, the discord will provide Washington the perfect cover for a much larger central authority.  Harris will offer promises to fix things while delivering a much wider range of wealth inequality.

Big government will grow bigger.  At the same time, dissatisfaction, disappointment, and discontent will simmer over into mass movements, often with little clarity of purpose or tangible objective.  Millennials, many having progressive socialist leanings, will demand big government solutions to problems of big government making.

Yet life goes on.  America’s recline and flail goes on.  The currency debasement policies that prop up big government and zombie corporations – what is being called the reflation trade – is bullish for stocks, for now.  In practice, these policies are turning the dollar – the dollars you own – into bird cage liner.

No.  Harris doesn’t stand a chance.  Neither does Trump.  Nor Biden.  Nor Obama.  Nor any other politician that steps into this mess.

There’s no stopping nature.  America’s recline and flail must run its course.

Convoy Investments: The Bull Market Of Our Lifetime Is Explained By Two Words

Silicon Valley Giants Collaborate With The US Government On Venezuela

Meet the Only Woman to Win the Nobel Prize in Economics