For the first time in its two-decade history, the annual Emporis Skyscraper Awards, the world’s most distinguished prizes for high-rise architecture, awarded a Russian project. The Lakhta Center skyscraper in St. Petersburg received the “skyscraper of the year” award on Nov. 10.

Designed by Gorproject and RMJM, the 1,515 feet (462 meters) Lakhta Center is Europe’s tallest skyscraper and the 15th-tallest globally – also the new headquarters of Russia’s state-owned multinational energy corporation, Gazprom. The building will open to the public in 2021. 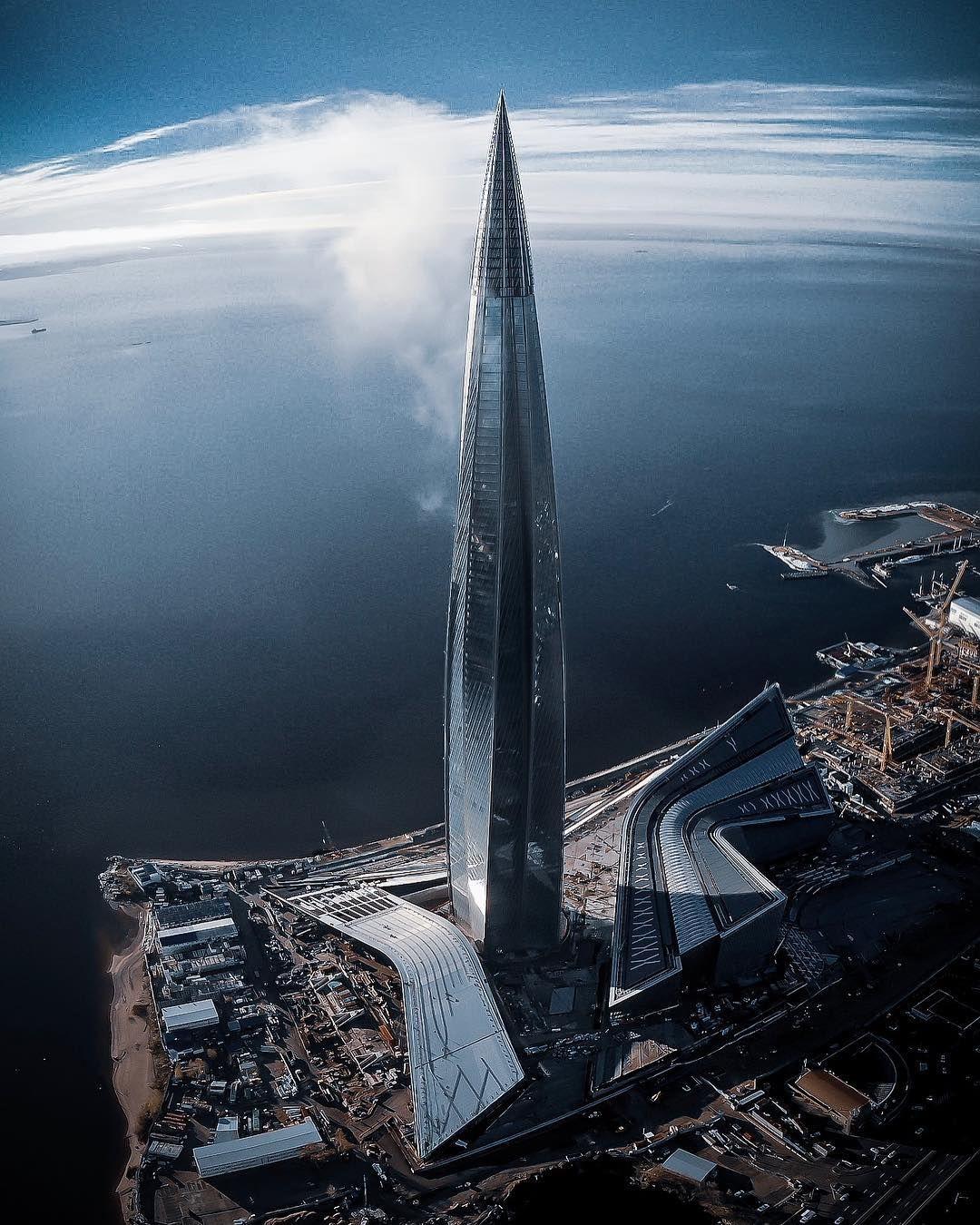 According to Emporis’ statement, they chose the Lakhta Center as the favorite because of the “skyscraper’s unusual form.” If you had to ask us, the building’s form appears to resemble one of Russia’s hypersonic missiles deployed with the military.

“The twist creates a dynamic impression, giving the building the shape of a blazing flame, which resembles the logo of Gazprom, the natural gas producer that has taken up its new headquarters inside the building.

“The skyscraper was also able to score points with the jury due to its use of environmentally friendly and energy-efficient technologies,” read the statement.

“As the northernmost supertall skyscraper in the world, the building is exposed to extreme temperatures,” the statement said. “A double skin facade prevents unnecessary heat loss and makes it extraordinarily energy efficient. In addition, thanks to the innovative use of infrared radiators, excess heat are not lost but fed back into the system.”

Here’s a timelapse video of the skyscraper’s building process.

Most Violent Crimes in the US Go Unsolved

The Road To Perdition – 10 Cautionary Tenets About US Air Power

The Flexner Report and Our Modern Medical Cartel