Authored by Robert Bridge via The Strategic Culture Foundation,

It’s a frightening thing to consider, but the ultimate success of democracy in the United States largely hinges on the integrity of just three voting machine companies, which conduct their affairs with almost no government oversight and regulation. Unless that changes, the greatest democracy will start looking like a banana republic in the eyes of the world. 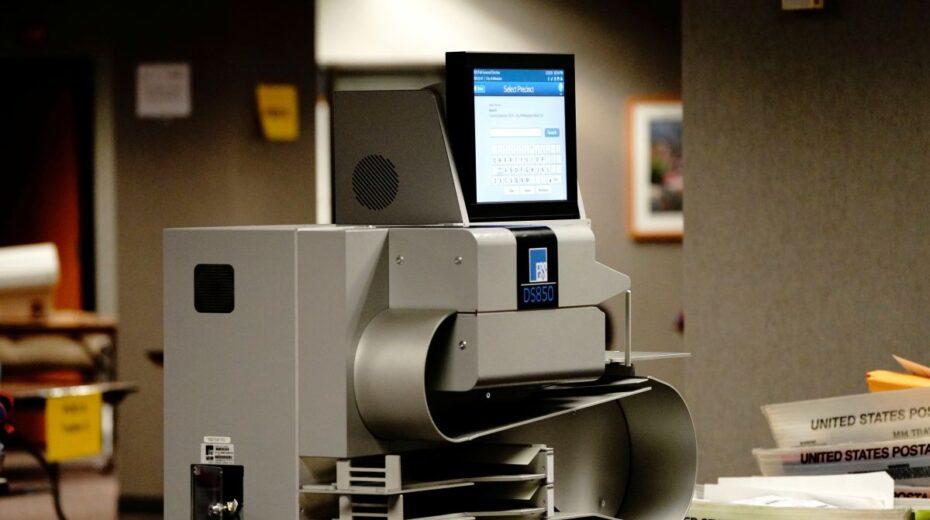 In January 2020, the CEOs of the three companies that produce over 80 percent of voting machines in the U.S. – Election Systems & Software (ES&S), Dominion Voting Systems and Hart InterCivic – were grilled by members of Congress over the question of security at the ballot box. Perhaps it would surprise exactly nobody that the 90-minute discussion focused almost entirely on the possibility of foreign actors, specifically China and Russia, interfering in the U.S. election system. Within such a predictably narrow frame of reference – Russia! Russia! Russia! – it becomes much easier to eliminate the possibility that domestic actors may also be tempted to tamper with the vote. At the same time, Russia provides the perfect smokescreen in the event someone gets caught with their hand in the election cookie jar. But already I digress.

Currently, Dominion Voting Systems, the supplier of voting machines in 28 states, is coming under fierce scrutiny after it was reported that thousands of votes in one Michigan country intended for Donald Trump went to his challenger, Joe Biden. Officials were quick to point out that the ‘glitch’ was due to silly “human error,” as opposed to any mechanical flaws with the voting machines.

According to Michigan state government website, “[T]he erroneous reporting of unofficial results … was a result of accidental error on the part of the Antrim County Clerk (who) accidentally did not update the software used to collect voting machine data and report unofficial results.”

While I am no computer specialist, it is hard to imagine how a software update would have done anything to prevent one candidate from receiving the votes intended for another unless it was originally programmed to behave that way. But again, I am no expert.

Another state that relies heavily on Dominion Voting Systems is Georgia, which received 30,000 new voting machines last year – “the largest rollout of elections equipment in U.S. history,” according to the Government Technology newsletter. Following the announcement of the $107 million contract, the same newsletter foretold of problems down the road, saying the “new voting system is expected to be quickly challenged in court by voters who say it remains vulnerable to hacking and tampering, despite the addition of paper ballots.”

Those fears were quickly realized on the morning of Nov. 3, Election Day, when a technological glitch wreaked havoc on voting in two Georgia counties (a side note to this story is that Georgia officials blamed the abrupt pause in vote counting on a burst pipe at Atlanta’s State Farm Arena. Thus far, however, officials have not been able to produce any evidence that such an incident took place).

While the source of the ‘glitch’ is still under investigation, one state ballot supervisor, Marcia Ridley, initially told POLITICO on Nov. 3 that Dominion, which prepares the poll books for counties before elections, “uploaded something last night, which is not normal, and it caused a glitch.” That reported incident prevented staff from programming the voter smart cards for the voting machines. Ridley continued, “That is something that they don’t ever do. I’ve never seen them update anything the day before the election.”

However, Dominion officials, while admitting there was a problem with the poll books, deny there was any last-minute update made to the poll books after Oct. 31 (a press release by Dominion countered this and other allegations, including that the Pelosi family, the Feinstein family, or the Clinton Global Initiative has any relationship with the company).

And here is where things get interesting.

Ridley went on to say that Dominion assured her that “no system can be updated remotely without the knowledge of [the company],” indicating that an update could not have been made without detection. In other words, there appears to be a backdoor channel for Dominion Voting Systems to connect to the internet, and, as everybody knows, whatever appears on the internet is fair game for hackers.

Has Pennsylvania ever sent blank ballots to constituents?
If yes, what eventually happened to those blank ballots?

In fact, it was exactly that concern that helped dissuade the state of Texas from also purchasing the dodgy Dominion system.

In a letter from Brandon Hurley, a voting systems examiner, addressed to Keith Ingram, Director of Elections in Texas, it was determined that “some of the hardware in the Democracy 5.5-A System can be connected to the internet through Ethernet ports.”

Later in the letter, it was emphasized again that “[W]ithout question, one or more of the components of the 5.5-A System can be connected to an external communication network and this can only be avoided if the end-user takes the proper precautions to prevent such a connection.”

On Wednesday, Georgia Secretary of State Brad Raffensperger announced the state would perform a hand-recount of presidential ballots before certifying the results of its election. According to the New York Times, Biden leads the incumbent Trump by 14,000 votes.

In hindsight, how could voting software named Dominion not have a nefarious purpose?

Whatever the outcome of the 2020 presidential election, which also had to wrangle with the influx of millions of mail-in ballots amid a pandemic, it will certainly go down in the history books as one of the most chaotic, controversial and fraud-prone contests in U.S. history. The tragedy is that this fiasco, which is making America look ridiculous on the global stage, could have been avoided. There have been numerous attempts to sound the alarm on the vulnerability of voting machines to accurately tabulate the results of an election, and not least of all the ongoing Trump-Biden showdown, which will determine the political, cultural and economic trajectory of the United States long into the future.

It is the opinion here that, judging by everything we know and don’t know about how the 2020 presidential election was organized, the only realistic option is to hold a nationwide recount. It is simply impossible to expect millions of American voters from either side of the political aisle to hold any doubts over an election of such tremendous consequence. Yes, a recount would be a massive undertaking, but the future peace and tranquility of the nation, already partisan to the breaking point, depends upon it. Once the recount is accomplished, the next task should be a congressional task force to examine ways of securing U.S. elections in the future, while holding the voting machine companies to severe government control and regulation. The days of monkey-wrenching U.S. elections must end.

Italy Mandates COVID-19 Shots For All Its Healthcare Workers

The CDC’s Guidance for Summer Camps Is Insane