Erin Brockovich Writes Open Letter To Joe Biden: “Are You Kidding Me”

Erin Brockovich Writes Open Letter To Joe Biden: “Are You Kidding Me”

Authored by Erin Brockovich via The Guardian (emphasis ours)

For years, I’ve been trying to impart a simple concept that Superman is not coming.

Dare I say, I had hopes that this new administration would usher in the dawning of a new day. As picks for President-elect Joe Biden’s Environmental Protection Agency (EPA) transition team were announced, I felt concerned and disheartened about a chemical industry insider being on the list. Are you kidding me? 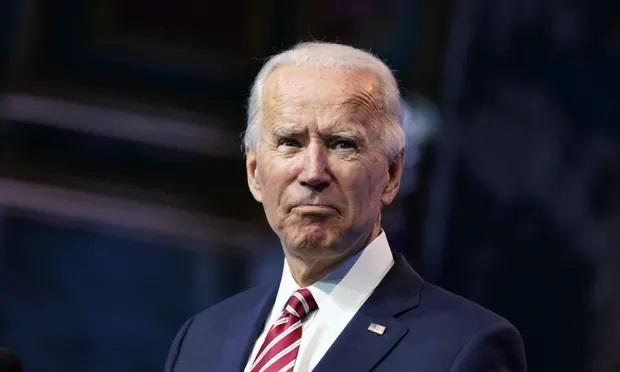 Michael McCabe, a former employee of Biden and a former deputy Environmental Protection Agency administrator, later jumped ship to work as a consultant on communication strategy for DuPont during a time when the chemical company was looking to fight regulations of their star chemical perfluorooctanoic acid (PFOA) also known as C8. The toxic manmade chemical is used in everything from waterproof clothes, stain-resistant textiles and food packaging to non-stick pans. The compound has been linked to lowered fertility, cancer and liver damage. The Guardian reported this week that Harvard school of public health professor Philippe Grandjean, who studies environmental health, warns that PFAS chemicals, of which PFOA is one, might reduce the efficacy of a Covid-19 vaccine.

This smells of the dawn of the same old. To quote the Who: meet the new boss, same as the old boss.

It should go without saying that someone who advised DuPont on how to avoid regulations is not someone we want advising this new administration.

PFOA pollutes the blood of nearly every American and can pass from mother to unborn child in the womb. This toxic product of industry is a stable compound not easily broken down in the environment or in the human body, giving it the nickname “forever chemical”. Scientists have found it in living beings across the globe – from animals living in the depths of the sea to birds on remote islands.

The Environmental Protection Agency has set no enforceable national drinking water limits for perfluorinated chemicals, including PFOA. Tens of thousands of community drinking water systems across the country have never even tested for these contaminants.

McCabe started managing DuPont’s communications with the EPA about the toxic chemical in 2003, according to an article in the Intercept. This was the time in which DuPont faced a barrage of litigation after the company dumped 7,100 tons of PFOA-filled waste in West Virginia, which made its way into the drinking water of 100,000 people. Countless members of the community faced debilitating illnesses as a result. The legal battle with the company was turned into the film Dark Waters in 2019.

Mind you, DuPont suspected that their product was harmful since the 1960s – experiments they conducted in 1961 showed that PFOS affected the livers of dogs and rabbits. McCabe’s work inevitably contributed to staving off costly clean-up and additional regulation headaches for the company.

Are we the people supposed to trust a former DuPont man in a transition team tasked with reviewing the Chemical Safety Board? Is this how the newly elected leadership wants to start what is supposed to be a healing and unifying administration? Are we already falling back on the old and antiquated, hide-and-seek, conceal, dodge and deny leadership or are you going to come out and be the change and the hope needed when it comes to the environment?

I don’t see how picking someone from industry is moving us toward that goal.

The science is in. Research has linked exposure to this chemical to the following illnesses: kidney and testicular cancer, ulcerative colitis, thyroid disease, pregnancy-induced hypertension and high cholesterol.

With a lack of federal guidance on these dangerous chemicals, states have been left to create their own rules to enforce guidance and regulations. This chemical, and others like it, have been poisoning us for decades. Now is the time to act.

This is not about being rightwing or leftwing. It doesn’t matter what side of the aisle you are on. We cannot keep making picks from this inside, leaving we the people, once again on the outside.

What will it take to get our leadership to work with the people?

Stop working against and separately from your communities. Put your transition team on the ground and make them talk with those affected by these chemicals. Go out and see for yourself, learn and hear from those who you represent about what the heck is happening to them on the ground – those living and breathing in the toxic mess we have created.

It is time to keep your promise and give the people a voice and a seat the table in order to find a meaningful solution for the environment and for the people. Don’t close the door on us again.

We are in this mess because we continue to do the same old thing.

Let us not forget where these chemicals came from and who is responsible for putting them in our environment. Let us not bring the fox back into the hen house. DuPont executives should have no place in the Environmental Protection Agency.

I call on Joe Biden to do the right thing.

No protests allowed: Virginia governor “Blackface” Northam signs bevy of gun control bills while citizens are locked down due to coronavirus