We have previously discussed the unprecedented build up of net shorts in “ultra”, or long-dated Treasury futures, which as recently as a few weeks ago hit a record, and has since tightened modestly following the recent decline in US yields. As we discussed before, a major reason for this huge net short – which threatens to snap any moment following more flashing red reflationary headlines such as covid vaccines, sparking a massive short squeeze within the rates complex – is due to the accumulation of so-called “other reportable” shorts, a cryptic category of investors who don’t fall into any of the other accepted CFTC groupings, yet which has grown to dominate the technicals and flows within the world’s (formerly?) most liquidity market. 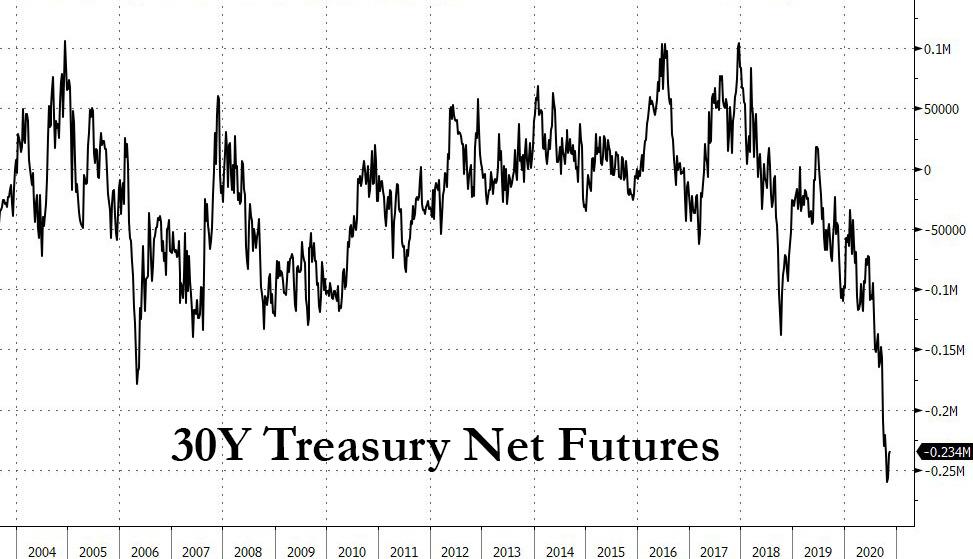 It turns out that 30Y futures is not the only asset threatened by a massive short squeeze on the back of “other” speculators.

As Bloomberg’s Alex Longley writes today, a group of oil traders whose positions are often overlooked by much of the market have quietly built up a huge bet on lower crude prices.

Traders categorized as “other reportables” – the same as the group responsible for the massive 30Y short – now hold a record short position of almost 470,000 Brent futures contracts, according to ICE Futures Europe data. 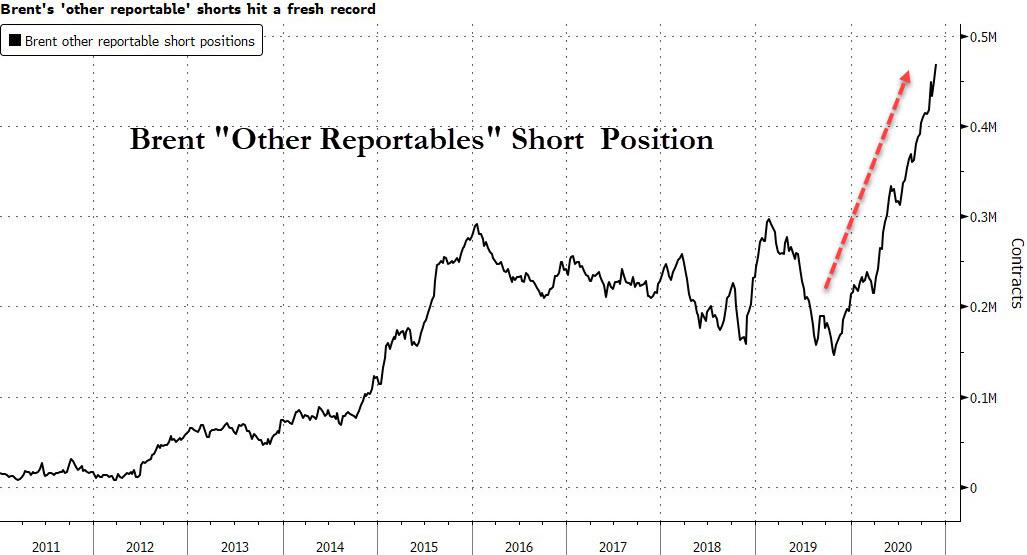 The “other” grouping covers entities whose business activity is unknown from publicly-available information, or who don’t fit the other main reporting categories of dealer, speculator, producer or consumer. High-frequency traders and proprietary trading houses would be included, Bloomberg speculates.

Their bearish bet, equivalent to 470 million barrels of oil, has been accumulated since the start of the year and is in direct contrast to that of traditional speculators who last week boosted their net-bullish Brent oil wagers to a nine-month high. However, when it comes to marginal price setting, “other” specs have emerged as the primary force especially due to their quick trigger finger, buying – or selling – first, and asking questions only after or never.

Crude futures curves rallied sharply this month amid growing hopes for coronavirus vaccines with banks like Goldman citing short-covering as one of the major drivers of the recent crude rally, although one clearly can’t see it in the “Other” category where shorts appear to be piling on perhaps in hopes of another April rerun where WTI crashes into negative territory.

Finally, as Bloomberg notes the size of the position is also large compared to that of traditional speculators. Other reportables hold a bigger short position in futures than the combined bullish and bearish bets of traditional money mangers. They also hold more than 9,000 short contracts per trader, more than either bullish or bearish speculators hold per trader.

In other words, the next glimmer of renormalization, or any credible good news for the economy, and thus oil, could spark the latest a massive short squeeze in an asset which HFT shorts have taken to the woodshed for much of 2020.

Is President Trump about to invoke the Insurrection Act and arrest government officials complicit in election fraud?

Big Government Is a Bipartisan Problem