PPP Loans Can Now Be Used To Fix Riot Damage, Pay For Defense Against Looters

PPP Loans Can Now Be Used To Fix Riot Damage, Pay For Defense Against Looters

We previously discussed the billions of dollars worth of pork in the combined $2.3 trillion government spending/covid-19 relief package. As it turns out, there is another way this stimulus is a Krugman’s Keynesian’s wet dream: according to the NYT the grants loans can be used to fix damage from riots which now are such a daily fixture of American life, Congress had to insert a provision. Here is the NYT explaining what changed, only instead of “public disturbances” please use the proper word: riots.

According to outlines of the bill circulating among congressional officials on Monday, hotels and food-service businesses would be eligible for bigger loans this time, up to 3.5 times their average monthly payroll. Other borrowers would again be limited to 2.5 times their payroll.

Publicly traded companies would be ineligible for the new loans, eliminating a provision that provoked a public outcry as deep-pocketed restaurant chains, software companies and drug makers, among others, collected taxpayer-funded loans.

The new bill would also expand the list of expenses that a loan could be used to pay, which previously were limited mostly to payroll, rent and utilities. Businesses could now use the money to buy supplies from their vendors, buy protective equipment for their staff or fix property damage “due to public disturbances,” according to a House Small Business Committee summary…

Which, contrary to what the NYT would like its gullible readers to believe, is of course is a reference to the wanton rioting, destruction and looting that spread across the US during the summer and fall, and then mysteriously disappeared just before the elections, as Jeff Gundlach pointed out recently.

And with that, it’s time to add another caption to the Keynesian “idiot of shame” summary: 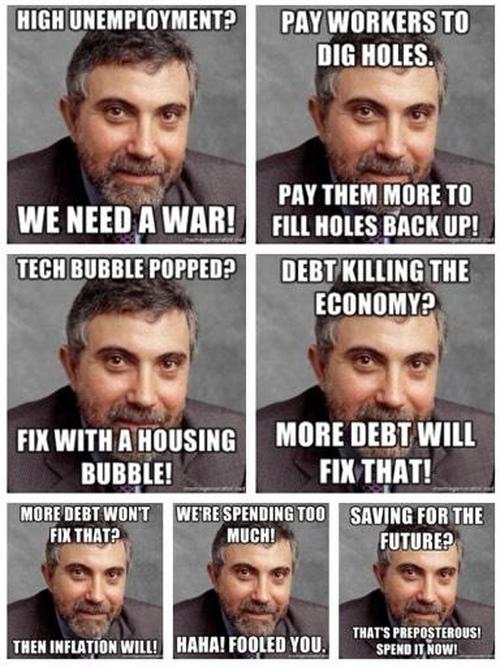