In our annual look back (and forward) post, we mused that the advent of central bank-supported digital currencies was the top financial story of 2020, buried deep under the landslide of health and political developments from covid to the US presidential election; we also said that the most important narrative of 2021 would be how fast – and where – digital currencies would be rolled out first.

Yet while we recently speculated that China would be the first major economy to unleash a digital currency, little did we know that the first country to officially make the jump to a “fully digital” economy would be…  Venezuela!? 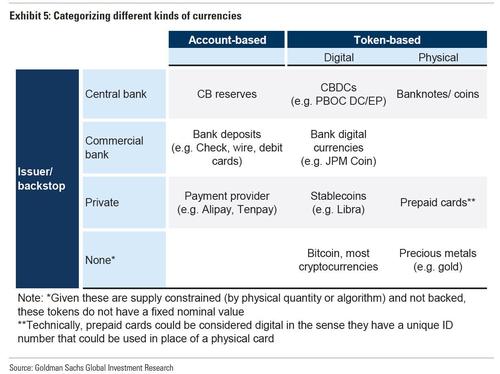 That’s right: according to Bloomberg, Venezuela’s government is preparing to move to a fully digital economy – whatever that means for the country which several years ago adopted some bizarro crypto currency as the de facto petrocurrency of the state to… perplexing consequences, as hyperinflation in this South American socialist paradise (coming soon to every socialist paradise nears you) has made worthless bolivar notes practically disappear. With the local monetary system having collapsed, the US dollar has operated as an “escape valve” for Venezuela amid U.S. sanctions and collapsing oil revenues, President Nicolas Maduro said in a televised interview with Telesur on Friday. He said 18.6% of all commercial transactions are in dollars, while 77.3% are carried out in bolivars with debit cards. Only 3.4% are paid with bolivar notes.

“They have a war against our physical currency. We are moving this year to a more profound digital economy, in expansion. I’ve set the goal of an economy that’s 100% digital,” Maduro said, adding that physical money will eventually disappear. Call Venezuela a guniea pig for the same monetary experiment which all other central banks will soon pursue as well.

Venezuela’s currency has lost 99.999% of its value during three years of hyperinflation, forcing the country to issue higher-denomination notes which however not only become useless in record time, but the mere cost to print them – in some relatively stable currency – quickly surpasses their nominal value. The largest note now in circulation, 50,000 bolivars, is worth about $0.04. The government has prudently delayed plans to issue a 100,000 bolivar bill, which currently would be worth less than $0.10.

After formerly subsidized fuel prices were increased in June, cash is now only used to ride public transportation, and the Caracas subway routinely stops charging passengers due to cash shortages.

Meanwhile, since late 2019, local banks – which need some currency in which to transact – have started to offer accounts and financial products in U.S. dollars, but there’s a problem there too as those remain limited since there’s no clearing system in place to allow for digital transactions in U.S. dollars.

As Bloomberg reports, some banks have had technical meetings with Venezuela’s central bank in an attempt to solve the problem amid high skepticism and caution due to U.S. sanctions. But Maduro vowed to create “payment formats” allowing transactions using savings and checking accounts in U.S. dollars, which is especially bizarre since Venezuela has been technically cut off from SWIFT and so Caracas may have no choice but to become the world’s first fully digital monetary regime.

It’s also why despite promising to expand the use of the U.S. dollar in the economy, Maduro admitted that a formal dollarization wouldn’t happen. “Venezuela has its currency and we are going to defend it,” he said without a trace of humor.

And yet, comedy or not, central banks the world over will be closely watching to see just how Venezuela will screw up this experiment of becoming the world’s first fully digital economy, because as we have been warning for a while: digital currencies – under the protective umbrella of the so-called ISO 20022 – are coming to every broke country near you in the next 12-24 months. 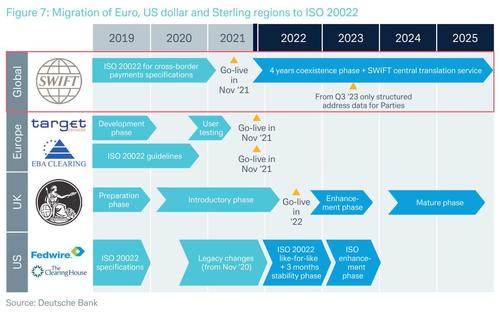