Hundreds Of Pieces Of Fine Art, Worth Millions, Rushed Out of U.K. Ahead Of Brexit Cutoff

Hundreds Of Pieces Of Fine Art, Worth Millions, Rushed Out of U.K. Ahead Of Brexit Cutoff

Among the litany of decisions resulting from Brexit was a choice that art dealers in London had to make: keep their art in the U.K. or migrate it to the EU before Brexit restrictions go into effect?

The potential issue lies in future import duties that collectors may have to face, should they decide to bring their art from London to the EU in the future. Many midsized galleries in London sell “regularly” to Europe, according to Bloomberg.

The art could previously “move freely between the EU and the U.K. with minimal restrictions and without cumbersome tax and customs procedures.”

Those days are long gone, leading to “millions of dollars worth of art” being rushed out of London and into Europe. Anthony Browne, chairman of the British Art Market Federation, said: “It’s the smaller galleries and dealers and mid-market ones that have buyers in the EU that will be mostly affected.”

Chris Evans, a general manager at shipping firm Cadogan Tate, told Bloomberg that his firm had moved “about 500 pieces” for a client that is moving its stock to the EU. Another shipper moved about $5 million in art. Evans says that mid-sized operators and “niche pockets of the market” have been affected the most. 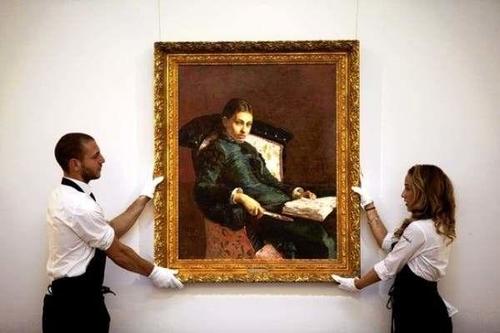 Another shipper said that artwork volume was up 75% from the year prior. That firm had 34 bookings last month and moved about 125 pieces of art to the EU. Stewart Hopkirk manages the European road freight team at Martinspeed and said he saw “one large shipment that moved a few hundred artworks” but, other than that, there was “no real noticeable trend.”

While some galleries assume their buyers will be in Europe, others plan to move the art back to the U.K. on a temporary basis once the restrictions go into effect. And there is some artwork that is making its way into the U.K. as a result of Brexit. Mattia Martinelli, owner of the London-based gallery Robertaebasta, told Bloomberg he was moving pieces from Italy to the U.K. as a result of the new rules. He said: “I currently have trucks stuck in both Britain and Italy as it’s still not clear what the rules are. It’s a chaotic situation.”

Expensive art that is shipped is wrapped individually and “packed in a special frame to protect it from bumps, changes in temperature, and humidity or dust”. Sometimes, custom cases are made for the world’s most expensive pieces of art.

Meanwhile, the U.K. art market was said to have reached $12.7 billion in sales last year – and only marks a small slice of the industries being upended by Brexit. “The higher up the market, the more global it is,” Browne concluded.