On Wednesday, President Biden signed a flurry of 14 ‘Day One’ Executive Orders, most of which are targeted at walking back President Trump’s agenda – such as stopping border wall construction, rejoining the Paris Climate Agreement, rejoining the World Health Organization, and ending the Keystone XL pipeline.

One of the orders, titled “Preventing and Combating Discrimination on the Basis of Gender Identity or Sexual Orientation,” has been advertised as providing workplace protections for gay and transgender individuals. The EO, however, also reinstates the Obama-era Title IX regulations which allow biologically male transgender athletes to compete in women’s sports – a topic of heated debate as biologically female competitors continue suffer defeat at the hands of individuals with a well-established physical advantage.

The Biden EO also allows athletes with gender dysphoria to hang out in the locker room of their choice.

“Every person should be treated with respect and dignity and should be able to live without fear, no matter who they are or whom they love.  Children should be able to learn without worrying about whether they will be denied access to the restroom, the locker room, or school sports,” reads the Executive Order.

A new glass ceiling was just placed over girls.https://t.co/cGWZqDpxl8

As author Ryan Anderson, PhD writes at Heritage.org, there are clear reasons ‘for treating males and females differently (yet still equally).‘

The Institute of Medicine at the National Academy of Sciences published a report in 2001 titled “Exploring the Biological Contributions to Human Health: Does Sex Matter?” The executive summary answered the question in the affirmative, saying that the explosive growth of biological information “has made it increasingly apparent that many normal physiological functions—and, in many cases, pathological functions—are influenced either directly or indirectly by sex-based differences in biology.”

If you can recognize that these are not in fact comparable, similarly situated individuals, then it’s hard to make a claim that “discrimination” in the pejorative sense has occurred.

Yes, we’ve treated males and females differently—we have an NBA and a WNBA—but that is precisely in order to treat them equally. Equality—fairness—in athletic competition frequently requires taking the bodily differences between males and females seriously. –Heritage.org

Meanwhile, Biden’s Executive Order clashes with Idaho state law, after Governor Brad Little signed the Fairness in Women’s Sports act in March of 2020 – making it the first state to ban transgender girls from participating in girls and women’s sports. In November, Trump’s Justice Department filed a legal brief in the 9th Circuit Court of Appeals in support of the Act, after an Idaho court found that it discriminated against some transgender athletes, allowing biological males to play in sports designed only for biological females. 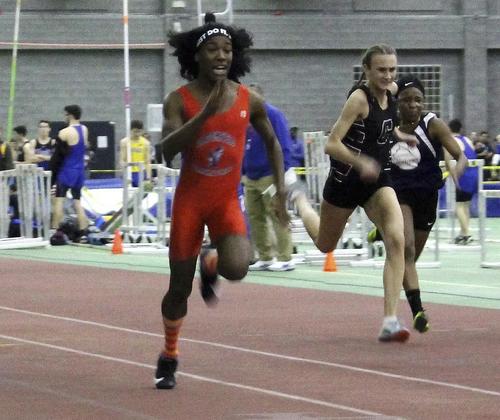 Less than two weeks ago, transgender powerlifter JayCee Cooper sued USA Powerlifting, the sport’s largest US-based organization, after she was barred from women’s competitions on the basis of gender identity. Cooper’s lawsuit, filed by the advocacy group Gender Justice, asserts that the USAPL is in violation of the Minnesota Human Rights Act, and notes that other powerlifting and athletic organizations have allowed transgender women to participate if their hormone levels are below certain thresholds.

“USA Powerlifting is not a fit for every athlete and for every medical condition or situation,” reads the organization’s Transgender Participation Policy. “Simply, not all powerlifters are eligible to compete in USA Powerlifting.”

“These traits, even with reduced levels of testosterone do not go away. While MTF [male-to-female] may be weaker and less muscle than they once were, the biological benefits given them at birth still remain over than of a female.“

As Kelli Ballard wrote last year, Save Women’s Sports produced an article on its website entitled “Male Athletes Are Taking Over Women’s Cycling.” In the piece, Mary Verrandeaux, a member of the 1985 U.S. National Team, said:

“It is without a doubt that allowing men, who identify as women, to continue to compete in women’s categories is the end of women’s sports. Women’s opportunities, records, scholarships, and championships are now being awarded to biological men. This has already destroyed the sanctified intent of women competing against other women – not women competing against biological men who ‘identify as women.’”

Recognizing and respecting people for who they are – biologically or emotionally — does not mean trouncing other individuals’ rights. Here’s a little food for thought. If transgenders who identify as females can’t understand the ‘danger’ they pose to the world of women’s sports, then how can they truly claim to be female? If they cannot identify with the challenges facing natural-born females as they usurp their titles and trophies, how can they claim womanhood?

Save Women’s Sports summarized the issue:

“This is the beginning of the end for women’s sports. We cannot allow this abuse of female athletes and mockery of women’s sports to continue. It is not bigotry to defend biology, and it is not hate speech to defend your rights.”

Is that really what Biden-voting mothers and fathers wanted for their athlete daughters?