Senior members of the Japanese government have privately concluded that the Tokyo Olympics won’t happen this year due to the COVID-19 pandemic, and efforts have now shifted on securing the Games for the 2032 Olympics – the next available opportunity, according to The Times, whose source added that the winter virus spike ‘tipped the balance’ and forced Japan into a state of emergency. 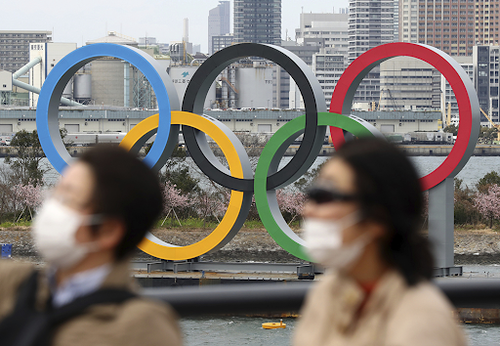 According to a senior member of the ruling coalition, there is agreement that the Games, already postponed a year, are doomed. The aim now is to find a face-saving way of announcing the cancellation that leaves open the possibility of Tokyo playing host at a later date. “No one wants to be the first to say so but the consensus is that it’s too difficult,” the source said. “Personally, I don’t think it’s going to happen.” -The Times

That said, the International Olympic Committee (IOC) and the Japanese Government continue to maintain publicly that the Games can proceed – as Prime Minister Yoshihide Suga told parliament this week that “We will have full anti-infection measures in place and proceed with preparation and with a determination to achieve the Games that can deliver hope and courage throughout the world.”

If the Olympics are indeed canceled, it would be a financial disaster for Japan, after the country spent at least $25 billion on preparations for the event – with around 75% of that coming from public funds.

The aim now is to maintain the façade of battling determinedly to go ahead in the hope that when they are inevitably cancelled the 2032 Games will be given to Tokyo out of sympathy.

Paris is due to host the Games in 2024 and Los Angeles has been chosen as the venue for 2028. A decision on which city will stage the Olympics in 2032 is expected to be taken by 2025. -The Times

“Suga is not emotionally invested in the Games,” the source told The Times, adding “But they want to show that they are ready to go, so that they will get another chance in 11 years. In these circumstances, no one could really object to that.”

The Olympics have only been canceled three times in the past; 1916, 1940 and 1944, all due to world wars. The Tokyo games were originally slated for 2020, only to be moved to 2021 after Australia and Canada announced they would not send athletes amid the pandemic.

“If someone like President Biden was to say that US athletes cannot go, then we could say, ‘Well, now it is impossible’,” said the senior source.

The current position of the IOC is to hold a televised Tokyo Olympics with no spectators – only athletes, which would allow the Committee to maintain its lucrative broadcast rights. The Japanese government, however, would lose out on ticket sales – causing former Primer Minister Yoshiro Mori to rule out the televised-only option.

No, “coronavirus” hasn’t thrown 100 million into extreme poverty… virus LOCKDOWNS did that

Ep. 1588 Is There a Way to Protect Against Cancel Culture and Deplatforming?