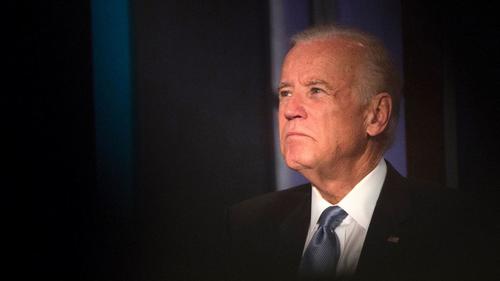 US District Judge Drew Tipton, a Trump appointee and former Marine Sergeant, issued a temporary restraining order (TRO) sought by the state of Texas, which sued the Biden administration on Friday in response to a Department of Homeland Security memo which instructed immigration agencies to halt most deportations, according to the Associated Press. Tipton concluded that the Biden administration had failed “to provide any concrete, reasonable justification for a 100-day pause on deportations.”

Tipton’s order is an early blow to the Biden administration, which has proposed far-reaching changes sought by immigration advocates, including a plan to legalize an estimated 11 million immigrants living in the U.S. illegally. Biden promised during his campaign to pause most deportations for 100 days.

The order represents a victory for Texas’ Republican leaders, who often sued to stop programs enacted by Biden’s Democratic predecessor, President Barack Obama. It also showed that just as Democratic-led states and immigration groups fought former President Donald Trump over immigration in court, often successfully, so too will Republicans with Biden in office. –AP

Acting Homeland Security Secretary David Pekoske had signed the DHS memo on Biden’s first day in office which instructed immigration authorities to refocus their efforts on national security and public safety threats, along with any illegal migrants apprehended in the United States after November 1 – a sharp reversal from President Trump’s policy which opened deportations up to anyone illegally residing in the country.

In the state’s court filing, Texas Attorney General Ken Paxton argued that the moratorium violated both federal law and an agreement signed between Texas and DHS which required Homeland Security to consult with Texas and other states before taking any actions to “reduce, redirect, reprioritize, relax, or in any way modify immigration enforcement.”

Tipton wrote that his order was not based on the agreement between Texas and the Trump administration, but federal law to preserve the “status quo” before the DHS moratorium. –AP

In Paxton’s motion requesting the TRO, Paxton wrote: In one of its first of dozens of steps that harm Texas and the nation as a whole, the Biden administration directed DHS to violate federal immigration law and breach an agreement to consult and cooperate with Texas on that law. Our state defends the largest section of the southern border in the nation. Failure to properly enforce the law will directly and immediately endanger our citizens and law enforcement personnel,” adding: “DHS itself has previously acknowledged that such a freeze on deportations will cause concrete injuries to Texas. I am confident that these unlawful and perilous actions cannot stand. The rule of law and security of our citizens must prevail.”