We wrote just last month about McDonald’s and KFC rushing to capitalize on the popular crispy chicken sandwich as they each announced they’ll introduce versions of their own. 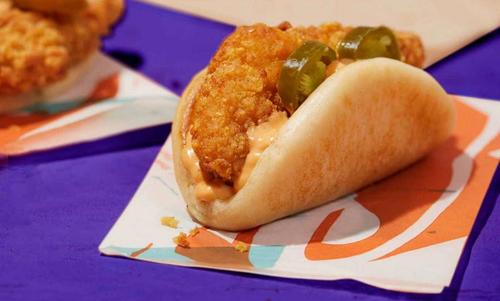 Once again, the last week has seen a slew of quick service restaurants announce they’ll offer their own take on the popular chicken sandwich as Wendy’s, Burger King and Taco Bell all prepare to steal market share in the category.

In a press release titled We Won’t Half A** a New Chicken Sandwich, Burger King announced last week that it will introduce a new hand-breaded chicken sandwich later this year. Promising no more “burger-joint-quality” chicken, Burger King said it’s been working on the sandwich since 2019 and testing it since last September.

The sandwich, which will be available in original or spicy, contains breaded thick cut white meat chicken breast, crisp deli pickles and signature sauce on a toasty potato bun.

“What if hand-breading were to chicken what flame-grilling is to burgers? That’s been our guiding filter to bring a delicious chicken sandwich to guests in a way only BK can,” Burger King North America chief marketing officer Ellie Doty said.

“While everyone else is playing catch up and distracting consumers with stale chicken drops, we are listening and bringing exciting flavors and bold ingredients forward to help fans avoid the McStake of settling for the same boring chicken sandwiches from other fast-food joints,” Wendy’s Chief Marketing Officer Carl Loredo said. “Our new Jalapeño Popper Chicken Sandwich casts a big shadow across the competition and really delivers an enhanced chicken sandwich experience.”

Taco Bell announced yesterday that it would join the chicken wars by introducing the Crispy Chicken Sandwich Taco, which will be available in Nashville, Tennessee and Charlotte, North Carolina on March 11 before a wider rollout later this year.

The Crispy Chicken Sandwich Taco features white-meat chicken marinated in jalapeño buttermilk, spices and a crust made from tortilla chip crumbs, along with creamy chipotle sauce and jalapeño slices on a taco-shaped “puffy bread.”

“It’s a sandwich AND a taco,” a Taco Bell spokesperson told Thrillist. “And it doesn’t have to explain itself to be this delicious.” The spokesperson added it won’t be the only “chicken innovation” that Taco Bell releases this year.

China’s Mercantilism Is a Recipe for Stagnation