Why The Capitol Riot Terrified The Elites

Why The Capitol Riot Terrified The Elites

Authored by James Ketler via The Mises Institute,

These days, it sure looks like they have them right where they want them. Using the storming of the Capitol Building as a pretext, the media-government alliance has targeted Trump, his supporters, and their fellow travelers harder than ever before. Many on the right consider the January 6 storming to have been a dream come true for the leftist elite—giving them the ability to impeach Trump again, deplatform right-wingers, and weaponize the Justice Department against the establishment’s foes. Everything, though, may not be as it first seems. There’s no reason to be despondent or worry that the Left has sealed its ultimate victory—it has done no such thing. Rather, the storming, for what it’s worth, proved the power of ragtag populists and exposed the elite’s shaky foundations. There’s a reason they’re so terrified. 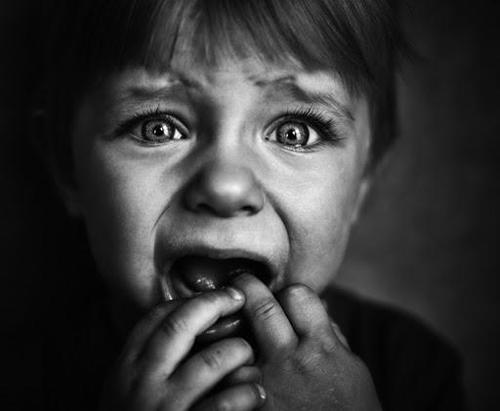 In political discourse, narratives are everything, so – quite predictably – there’s heated dispute over what actually happened on January 6. One pressing question is: How did the stormers manage to actually break into the Capitol—one of the most heavily guarded buildings in the world? Cell phones and social media allowed civilian attendants to document the day’s events, which has made some details clearer and others a bit murkier. From freelance journalist Marcus DiPaola, one particularly bizarre video emerged which appeared to show Capitol Police willingly removing barricades to allow rioters inside the building complex.

In response to that footage, many leftists contend that the storming was an attempted “coup” and “inside job” planned by Republican politicians and Capitol Hill officials to reinstall Trump for a second term. Of course, that’s nothing more than baseless media drivel. Had it been an actual coup, the storming would have been far bloodier and better orchestrated, with rogue military units and politicians leading the charge—but nothing like that happened.

On the other hand, after seeing the questionable footage, many right-wingers have alleged that the event was a “false flag” arranged by Antifa provocateurs to defame Trump and his supporters. To the credit of this theory, at least one far-left activist was arrested in connection with the storming. However, it’s not clear that Antifa had any role in drumming up the crowd’s furor; certainly, the antielitist spirit was strong enough on its own.

Strange as the video was, there’s a third potential explanation, expounded by PolitiFact: “Many officers had to abandon their posts and barricades because they were far outnumbered and overwhelmed.” Marcus DiPaola, who shot the footage, floated the same explanation, as did former Capitol Police chief Terrance Gainer. The police’s limited manpower was no match for the immensity of the Trumpian mob, leaving the officers in fear for their own safety and their posts strategically indefensible. A panoply of additional on-the-ground footage reveals the brutish tactics many of the rioters used to gain access to the building. They openly ripped away barricades, scaled walls, broke windows and doors—and once inside, used their collective force to push back the officers who tried to “hold the line.” If nothing else, this shows, in physical terms, how frustrated the populist right has become with the federal establishment.

As is true of most mass spontaneous action, the stormers seem to have had different reasons for doing what they did. Some may have hoped to interrupt the Senate’s session and pressure lawmakers into blocking some of Biden’s electoral votes. Others likely stormed the building as an act of antiestablishment desecration, whipped up by the rage of other rioters. Apparently, there was also a small group of extremists who called for Mike Pence’s execution, according to reports. Indeed, the stormers were a far-from-perfect lot, but—aside from a couple crazies here and there—they were driven by an opposition to the federal establishment shared by millions of Americans.

The People Hold the Power

After five years of shameless anti-Trump witch hunts, culminating in an election fraught with vote irregularities, the events of January 6 should be little surprise. When legal, political methods of seeking redress from the state become unresponsive, there is no longer any choice but to seek extralegal, nonpolitical methods. Trump himself understands this. In one of his final tweets before being suspended, he wrote: “These are the things and events that happen when a sacred landslide election victory is so unceremoniously & viciously stripped away from great patriots who have been badly & unfairly treated for so long.” These tensions, in fact, existed long before the Trump era. Disheartened by decades of increasing federal abuse, these people stood up in an anti-Swamp rebellion aiming to “take back the people’s house.”

This reflects an immutable principle of government outlined by the sixteenth-century French libertarian Étienne de La Boétie: “[T]he inhabitants themselves … permit, or, rather, bring about, their own subjection, since by ceasing to submit they would put an end to their servitude.” It may appear that the state holds power over the people, but in reality the converse is true; it is the people en bloc who—by choosing to obey or not obey—hold ultimate power over the state. The only way a state can enforce its laws at all is if the people overall acquiesce to it. If sufficiently widespread, political resistance would disrupt the status quo to such a degree as to render its function completely ineffectual. In the final analysis, it is the people who hold the power.

A Catalyst for More Resistance

After stirring up a great deal of chaos, the Capitol stormers were flushed out of the building over the course of a few hours and the riots outside were broken up. Early the next morning, Congress certified the electoral vote count for Joe Biden, and the following weeks were flooded by the prosecution of more than two hundred stormers. Does that mean that their resistance failed? In the short term, yes; in the long term, maybe not. As Murray Rothbard said about the French “May 68” protests: “Whether it fizzles … or triumphs, … it gives the lie, once and for all, to the widespread myth that revolutions, whether or not desirable, are simply impossible in the modern, complex, highly technological world.” By storming the Capitol, the rioters proved that successful resistance against the American Leviathan is indeed still possible.

Clearly, the right-populists have both the numbers and willpower necessary to significantly disrupt the federal order, and their zeal is unlikely to dissipate any time soon. Therefore, the question of another revolt is not one of if, but of where and when. This reality was clear right after the storming occurred. In anticipation of riots during President Biden’s inauguration, twenty-six thousand army and Air National Guard troops were deployed to Washington, DC, and razor-wire fencing was set up around the Capitol Building. The day passed by without any incident, yet thousands of national guardsmen are still set to remain in DC through mid-March (or longer) and the acting chief of the Capitol Police has called for the fencing to stay up permanently.

As Rothbard observed in volume I of Conceived in Liberty, political resistance is not effect neutral, but actually has an augmentative effect on the actions of other partisans: “If cherished in later tradition, a revolution will decrease the awe in which the constituted authority is held by the populace, and in that way will increase the chance of a later revolt against tyranny.” That is to say that even a foiled resistance plot can help attract more people to the fold of dissent if the rebels have some cultural sway. Plans to pack the Supreme Court, unleash restrictive gun control, and prosecute right-wingers—rather than signifying the elite’s final triumph—may serve to further rally the populist dissenters.

Hitting the State Where It Hurts

When the rioters began their push to breach the Capitol Building, lawmakers were forced to shelter in place, before then evacuating to a secure location. For some of them, the day’s events were evidently traumatic. That can be seen in the hyperbolic language that’s been used to describe the storming, like Chuck Schumer likening it to Pearl Harbor.

The stormers crossed the threshold of the establishment’s cushy elitism and exposed lawmakers to the real-world ire their actions create. As described in a passage from Cato’s Letters, “The only secret … in forming a free government is to make the interests of the governors and of the governed the same.” Angry populists, who’ve watched federal decrees wreak havoc on their lives, turned around and gave lawmakers a taste of their own medicine.

In the wake of this, the media-government alliance has clamped down against the populist right harder than ever before.

Yet, in this vicious pushback, one can sense a prescient hint of panic within establishment ranks that the threads of their dominance may finally be unraveling. Far from playing a domineering role, the establishment politicos find themselves on the defensive in a politically unstable position.

Someday—whether it be in one week or thirty years—the US could face a serious period of mass antiestablishment demonstrations; if that day comes, it’ll signal the Washington elite’s ultimate failure.

With no cards left to play, they may be forced to tread lightly on the right-wing populists and avoid violent confrontation as much as possible, for fear of repercussions like those of January 6. This may force their hand into granting the Right some concessions—perhaps some very big ones, like a return to more states’ rights or, better yet, the right of unilateral secession. This would short-circuit the federal order and help restore to America’s overtaxed and overburdened some of their long-withheld freedoms. With everything in view, it looks like the journey down this path may have already begun.

Is Dave Portnoy The Market’s Mad Genius: Here Are The Top 40 Stocks In The Top-Performing “Retail Favorites” Basket