Nordea Bank Chief Executive Officer Frank Vang-Jensen said to Bloomberg on Thursday that there “will definitely be much less traveling,” according to Gulf News.

His sentiments were echoed by the likes of other major investment banks HSBC and Standard Chartered.

Andy Halford of Standard Chartered said: “We see a step change down in the level of travel once we normalize out of this.”

HSBC Holdings Chief Financial Officer Ewen Stevenson also said the same this week, noting that the bank will increase reliance on “video technology and having people go on fewer, longer trips when they do travel.” 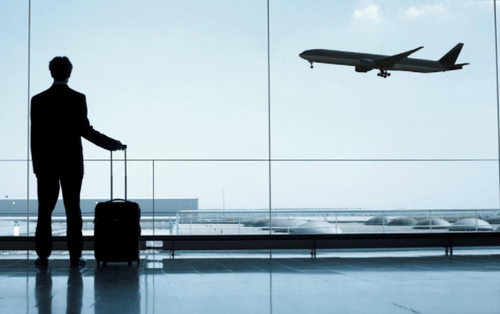 The changes are effects of what is (hopefully) going to turn out to be a relatively temporary virus response. Not unlike the exodus from cities, the flock to the suburban housing market and global supply chain bottlenecks, the pandemic response has created a sea change in many industries that is going to stick around longer than our acute response to the virus.

And for banks, less travel is actually a good thing. HSBC saw its travel costs down $300 million in 2020, which could amount to annual savings of $150 million if the bank keeps reining in travel.

Less spending for banks becomes pain for airlines, however. For example, “the route between London’s Heathrow and New York’s JFK airports generated about $1.2 billion in revenue for British Airways alone in the year through March 2019”.

Jamie Dimon of J.P. Morgan commented that he didn’t think business travel in banking would fall as much as expected: “If I’m the gung-ho person, I want to get the business, taking that trip may be much different than saying I’ll meet you in a Zoom. I think people like me will travel as much and Zoom more.”

Airbus SE CEO Guillaume Faury commented this week that business travel should come back to normal, though it could lag behind the rest of the recovery.