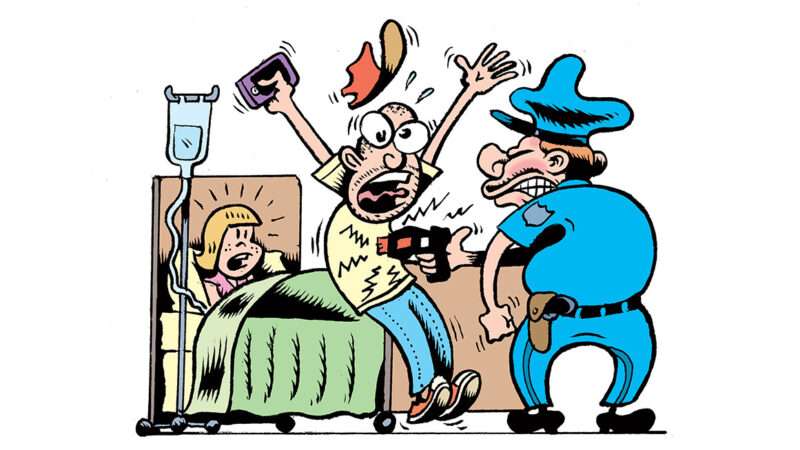 Body camera video shows two Colorado Springs, Colorado, police officers using their Tasers on Carl Andersen Jr. in April 2019 as he stood in his daughter’s hospital room and refused to give them his phone. Police were there because Andersen’s daughter was accidentally struck by his fiancée’s vehicle as she pulled out of their driveway, and cops were trying to take his phone as part of an investigation into how the girl was injured. Andersen’s lawyer says the man was not under arrest and the cops did not show him a warrant for his phone. Neither he nor his fiancée were charged for the daughter’s injury. Andersen is now suing the city and the cops.

Police in Uttar Pradesh, India, have charged Shashank Yadav with spreading misleading information after he tweeted an appeal for oxygen for his dying grandfather. Officials insist there is no oxygen shortage in hospitals in Uttar Pradesh, though media reports indicate that COVID-19 has overwhelmed the health care system. 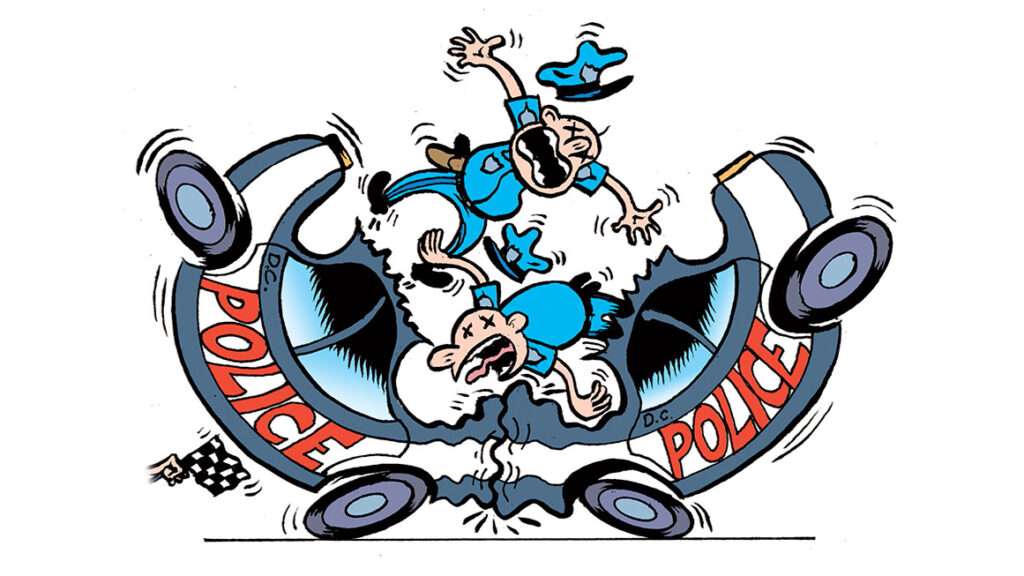 A man in the Philippines died after police forced him to do 300 squats for breaching a COVID-19 curfew. Darren Manaog Penaredondo’s family said he left his home to buy water but was caught by police and forced to perform exercises as punishment. Human Rights Watch says people violating COVID-19 restrictions in the Philippines are being abused, claiming that officials locked five young people in a dog cage and have forced people to sit in the midday sun for breaking the rules.

Four District of Columbia police officers were injured and two patrol cars were totaled after the officers engaged in a drag race while on duty in April. “They decided to drag race each other on Anacostia Avenue at 5 p.m.,” said Sixth District Commander Durriyyah Habeebullah. The officers have been placed on leave pending a full investigation of the incident.

An Algerian court has sentenced Said Djabelkhir to three years in prison for insulting Islam, the state religion. Djabelkhir, an Islamic scholar and journalist, has argued the animal sacrifice during the Muslim festival Eid is based on a pre-Islamic pagan ritual. He has also said parts of the Quran, such as the story of Noah’s Ark, might be more myth than history.

Two Hialeah, Florida, motorcycle cops are facing several counts of official misconduct. Prosecutors say Ernesto Arias Martinez and Armando Perez issued multiple citations to drivers they never even pulled over. One woman says she received a letter from the state telling her that her license would be pulled because she had not paid six tickets. All were issued on the same day.

In Bulverde, Texas, Brian Johnson decided his daughters should learn about business by selling the eggs laid by chickens they were raising. Then someone ratted them out, and they got a cease-and-desist letter from the city. “The selling of chicken eggs or any other animal products produced on the property, from a residentially zoned lot is a violation of city ordinance, regardless of the age of the person conducting the sales,” the city said in a statement. 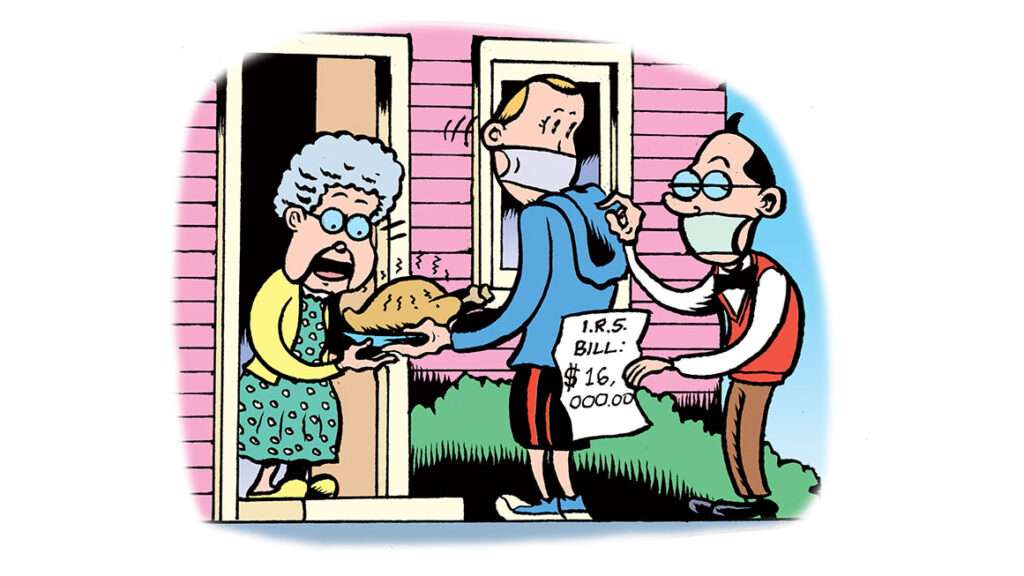 When the COVID-19 pandemic first hit last spring, Louis Goffinet, a teacher in Connecticut, started a Facebook fundraiser to buy groceries for people affected by the virus. He raised more than $40,000, which he used to fund 140 grocery trips, 125 dinners, 80 Thanksgiving pies, rental assistance for local families, and more. In February, the IRS sent Goffinet a 1099-K form, telling him the money he raised was taxable income and that he owes $16,000.

Don’t Let Biden Sink Troops Back Into the Afghanistan Quagmire

What Could Go Awry?