According to brokerage Bernstein, daily GGR plunged from an average of $16 million from Aug. 1-8 to $10 million over the past seven days, the lowest daily figure since September 2020.

Even though Macau, an autonomous region on the south coast of China, known for giant casinos, is reopened, visitation to the popular destination area from 6 to 12 August was 78% lower than in July. 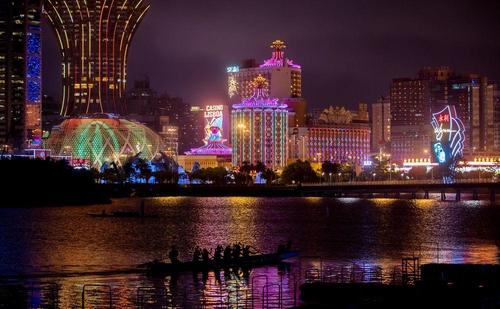 Bernstein analysts Vitaly Umansky, Louis Li and Kelsey Zhu, told clients in a note on Monday that “travel ability and demand worsened over the past week due to the COVID contagion.”

“Macau now has 14-day mandatory quarantine or ‘health management’ on travelers from districts in more than 30 cities of 11 provinces in China (but seven cities of four provinces were removed from the list over the past week). “The current COVID situation in China will last at least a month with disrupted travel to Macau.”

Both analysts expect August GGR to print 80% below August 2019 and 50% below July 2021. They expect visitations to casinos in the coming months to remain soft due to the emergence of the virus.

Macau’s casino stocks have plunged to a 5-year low on the prospects of declining GGR in August.

A separate report by Dutch bank ING outlines a growing concern of slower economic growth for China in August and beyond.

The critical understanding is the emergence of the virus is slowing the global economy once more.  China is doing everything in its power, especially cutting rates, to prop up a sagging economy.