Elon Musk Admits Full Self Driving 9.2 Is “Actually Not Great”

Elon Musk Admits Full Self Driving 9.2 Is “Actually Not Great”

Apparently not content with just running the world’s largest “bait and switch” scam and keeping quiet about it, Elon Musk took to Twitter yesterday to comment about Tesla’s “Full Self Driving” Beta version 9.2.

Musk has been critical of beta versions of FSD in the past, always urging his cultists customers to look forward one more iteration and wait for the next version of the software to come out. 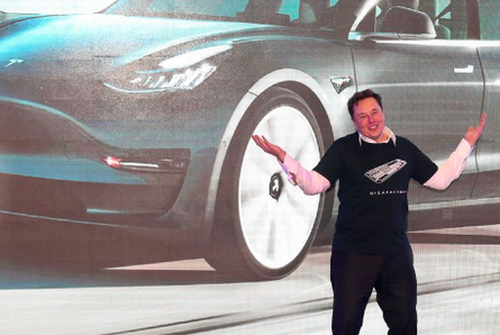 That, of course, belies the fact that Musk has been charging customers for Full Self Driving for years now.

On Monday this week, Musk was at it again, calling FSD Beta 9.2 “actually not great” in a casual conversation on Twitter. But don’t worry, because Musk claimed the “Autopilot/AI team is rallying to improve [it] as fast as possible”.

We’re sure that’ll be reassuring to someone who paid $10,000 five years ago for FSD functionality.

FSD Beta 9.2 is actually not great imo, but Autopilot/AI team is rallying to improve as fast as possible.

We’re trying to have a single stack for both highway & city streets, but it requires massive NN retraining.

Musk’s critics were quick to point out the steaming whopper.

For example, noted Tesla skeptic and short seller Jim Chanos immediately rang in on Twitter, dryly noting about Musk’s admission that he must have missed the admission on Tesla’s AI day. Chanos also asked the obvious question: if the software is “not great”, why is it being tested on public roads?

Other skeptics saw it as a continued admission that the Full-Self Driving the company has been selling…well…doesn’t exist.

In which Elon Musk admits publicly that the Full Self Driving he has been charging $10,000 for, for a half decade, is non-existent. https://t.co/kEEoIKlROf

Recall, days ago we reported that two senators had asked the Federal Trade Commission to examine whether or not Tesla misled consumers and endangered the public by marketing its driving systems as “Full Self Driving”, according to Automotive News.

Senate Democrats Richard Blumenthal and Edward Markey wrote in a letter last week: “Tesla and (CEO) Mr. (Elon) Musk’s repeated overstatements of their vehicle’s capabilities…put Tesla drivers — and all of the traveling public — at risk of serious injury or death.”

Their letter continued: “Tesla drivers listen to these claims and believe their vehicles are equipped to drive themselves – with potentially deadly consequences.”

Recall, earlier last week, we reported that regulators in the United States had finally come to their senses and opened a long-overdue investigation into Tesla’s Autopilot. The U.S. National Highway Traffic Safety Administration (NHTSA) said the investigation includes Tesla’s Model X, S and 3 for model years 2014-2021.

The broad range of models and model years means that this could be the large-scale investigation that skeptics have been requesting for years, we noted.